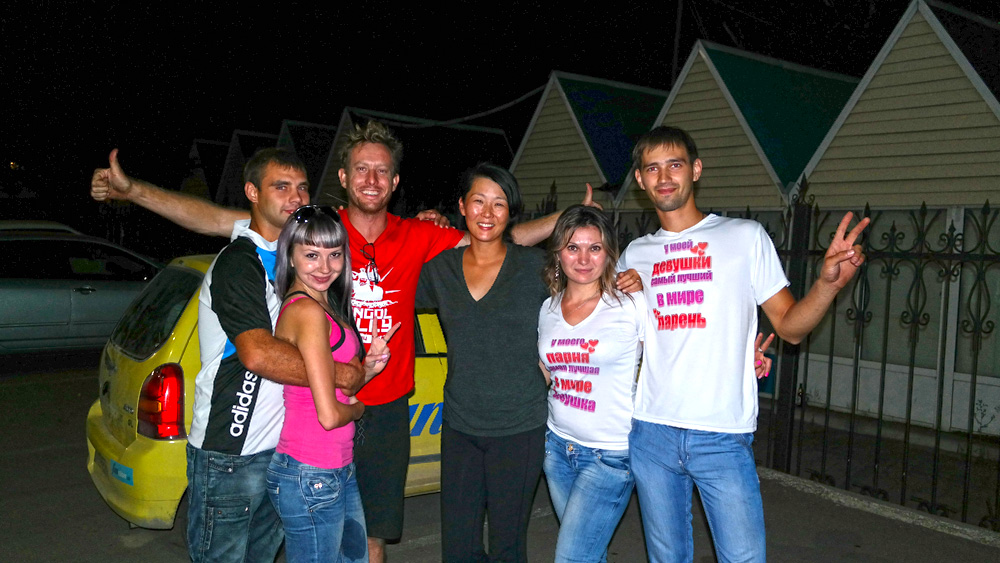 We woke up at sunrise and start driving. We have not take a shower since Osh that was 4 days ago? I lost count on the dates now. Can’t imagine how we smelled hahaha! 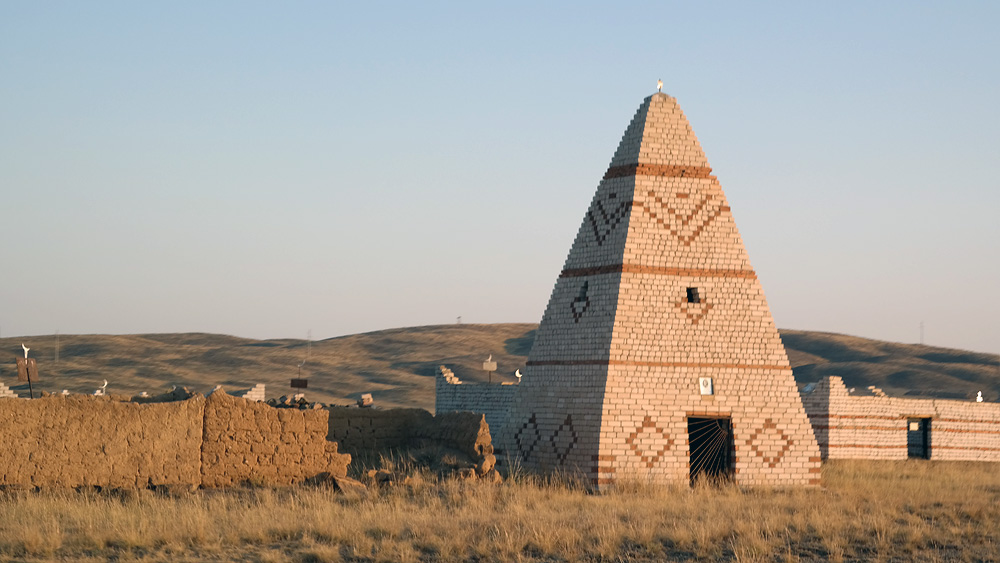 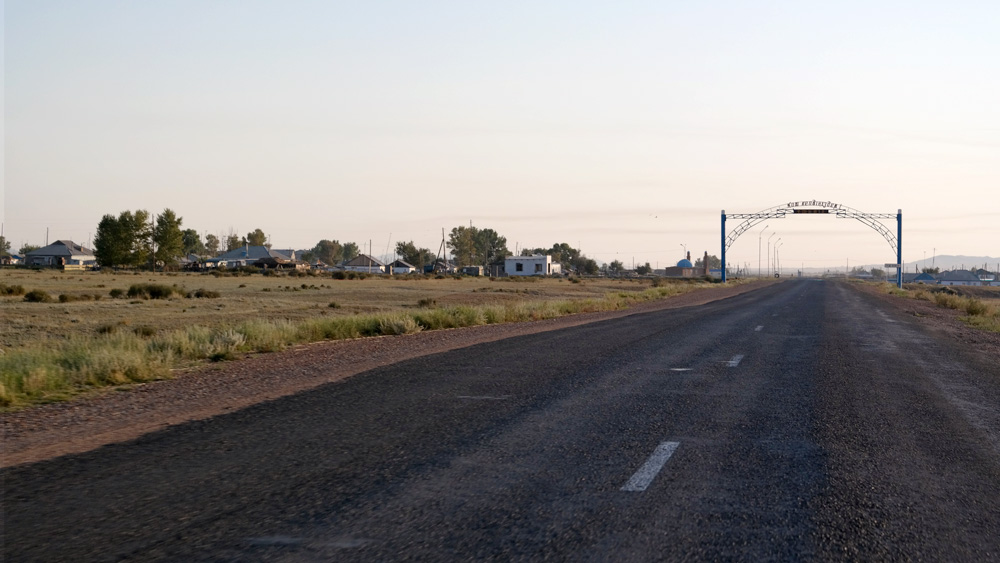 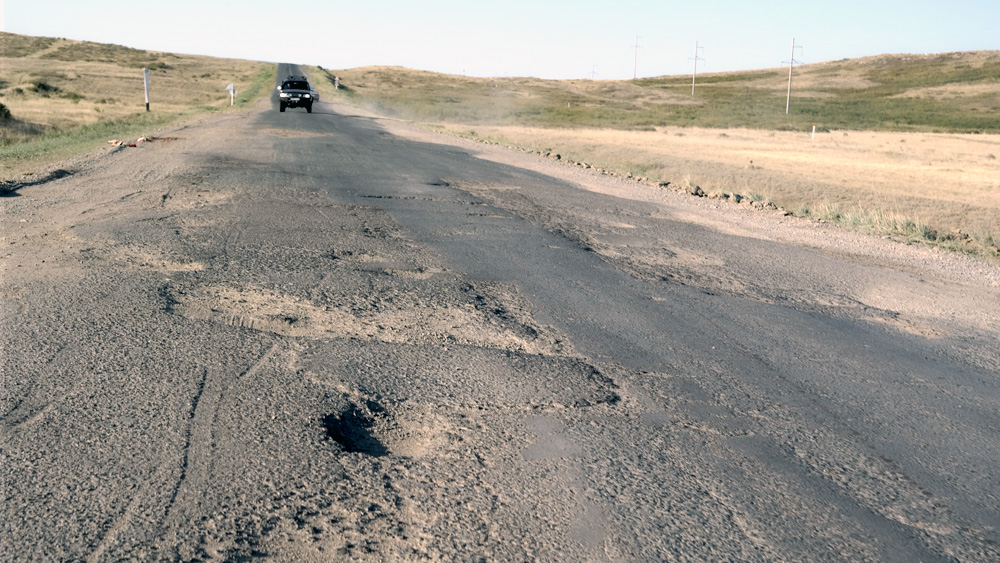 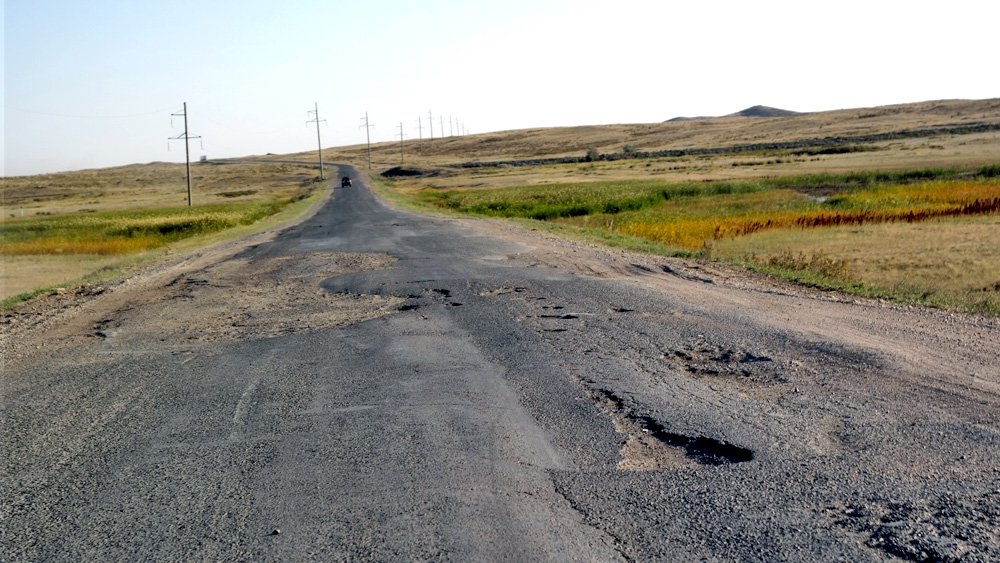 The road is filled with gigantic potholes. We dodged most of them but volia! We hit another one. At this point our wheel is so weak it bent instanly and air start leaking again. 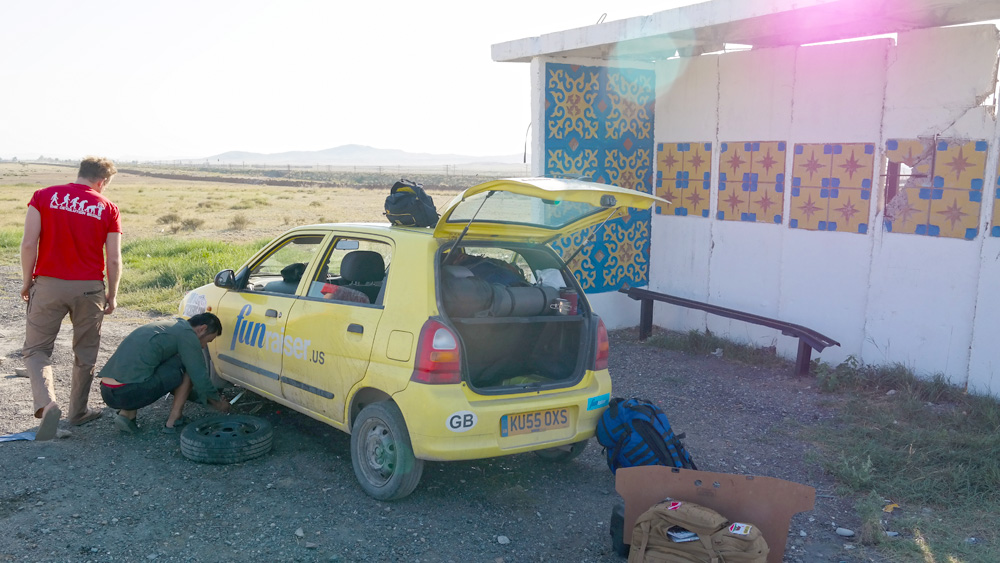 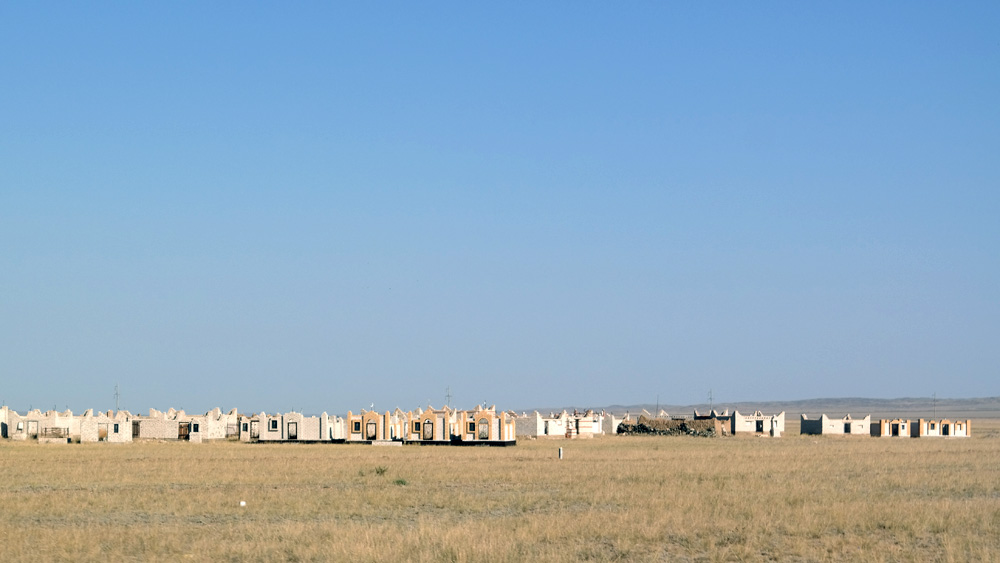 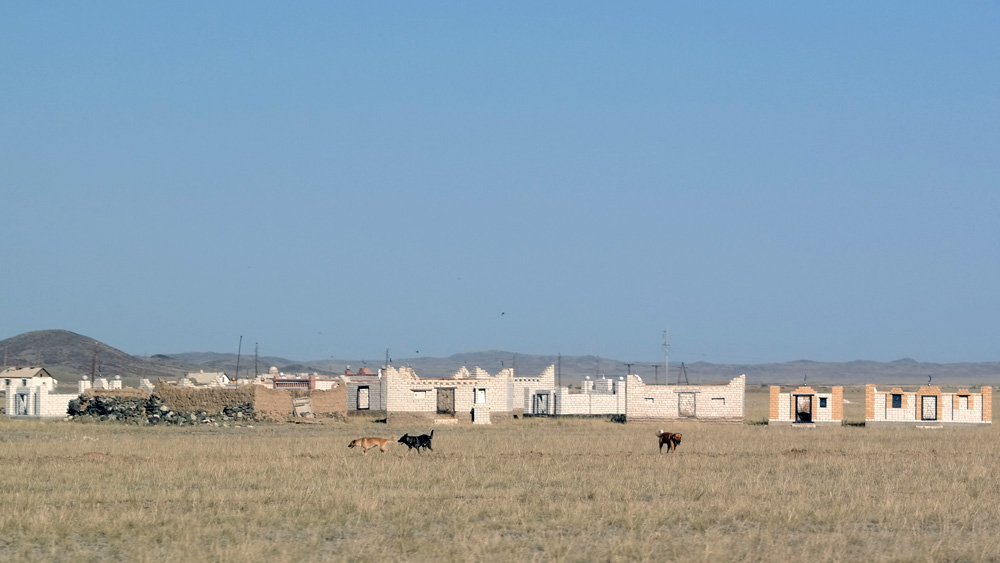 We drove super slow until we hit a small town and found a tire repair guy. He looks like s movie star! We gave him a FUNraiser T-shirt as a token for Thank You! 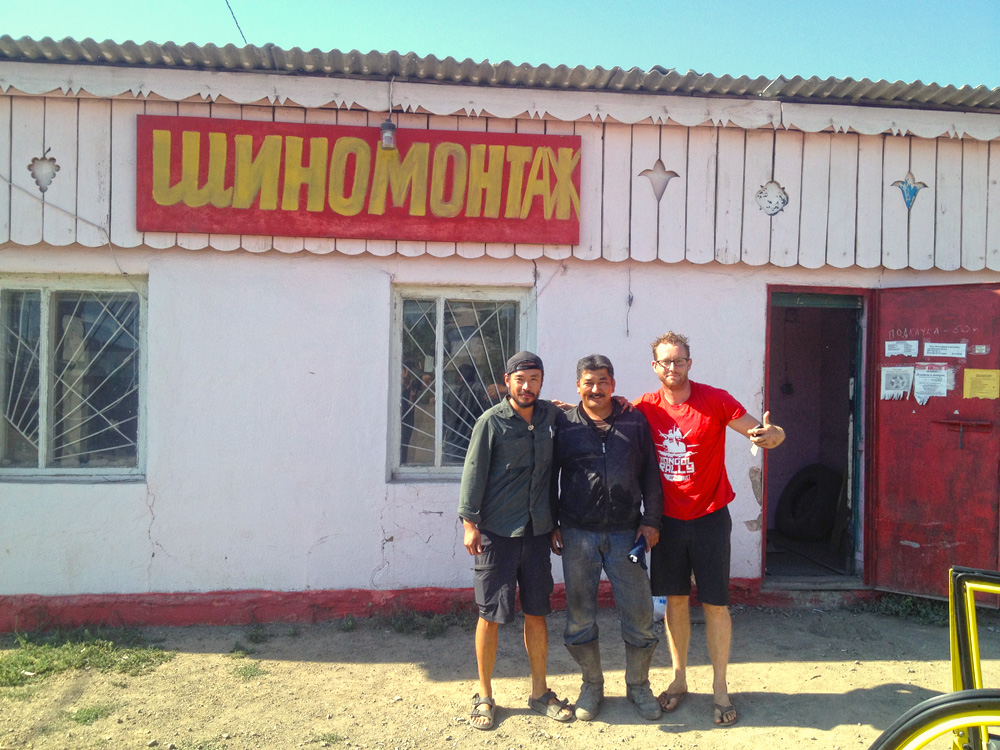 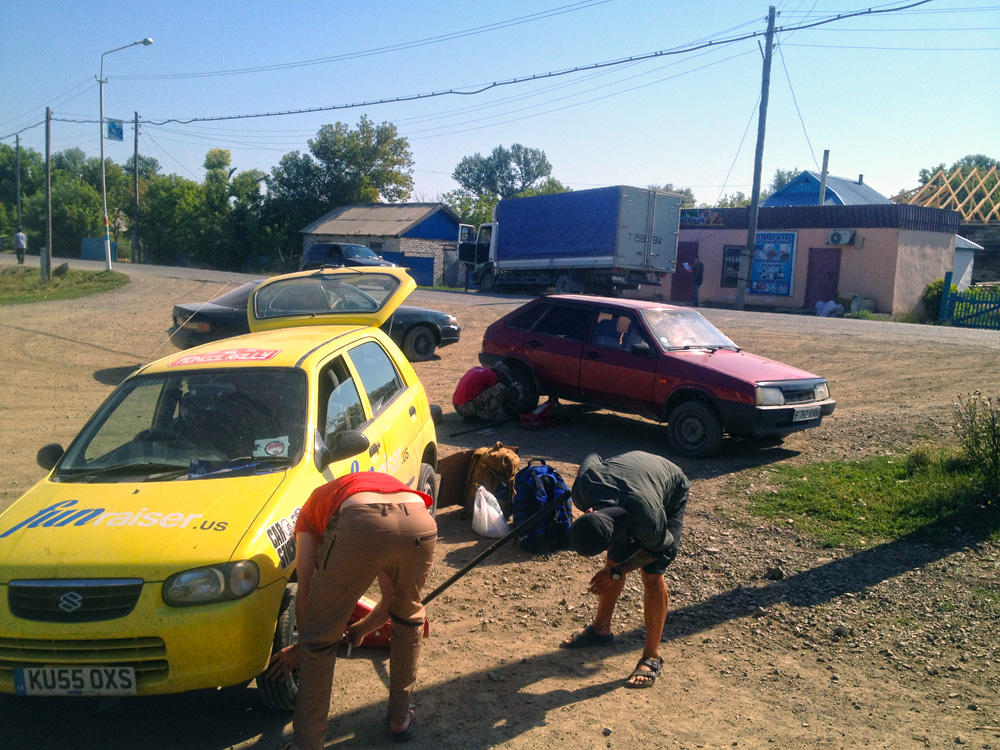 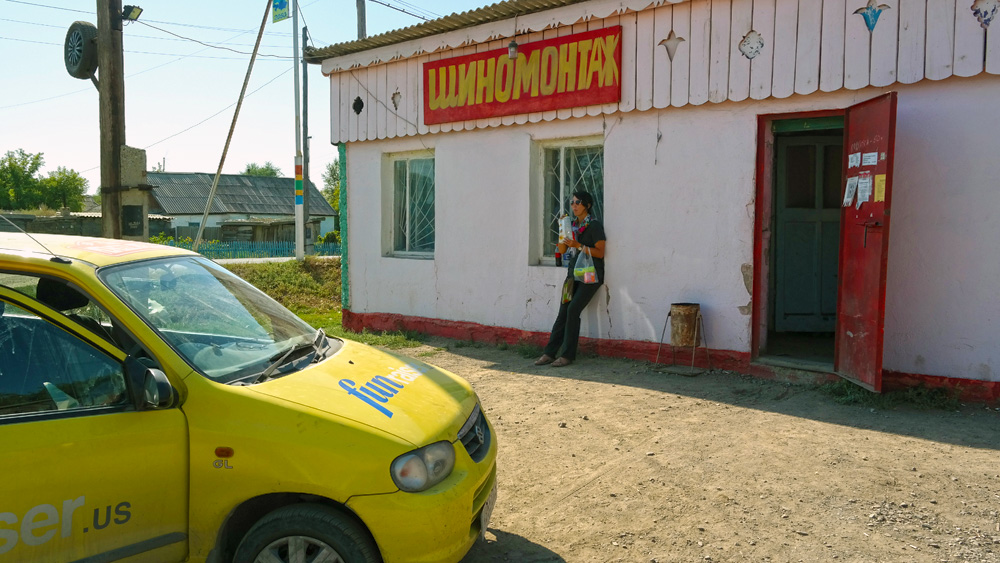 Then we hit the road and ran into another Mongol Rally buddies Team Nevergrowup and their Disco Van. Ken and Gordon ran out of gas so we fill up their tank with all of our gas in the Jerry can. 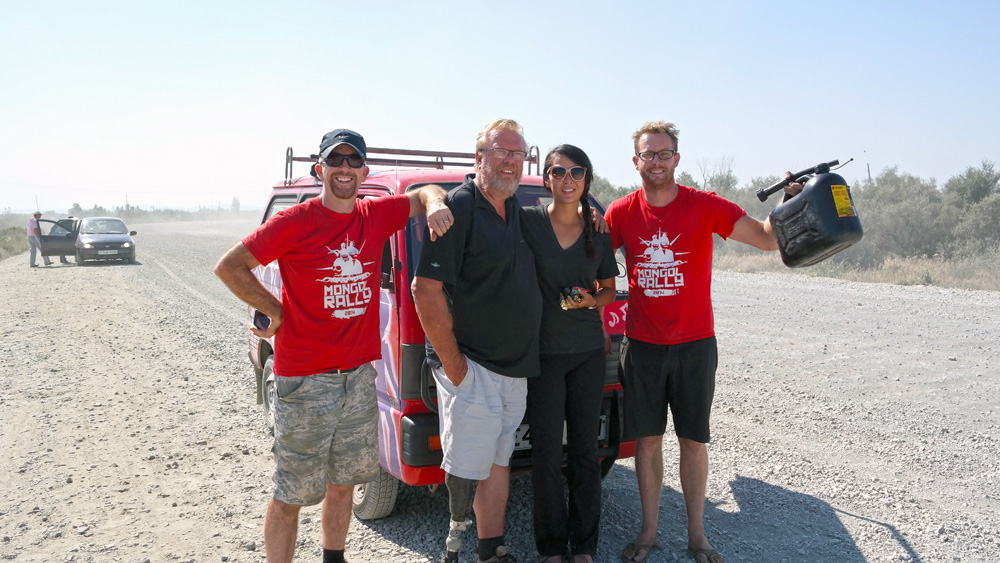 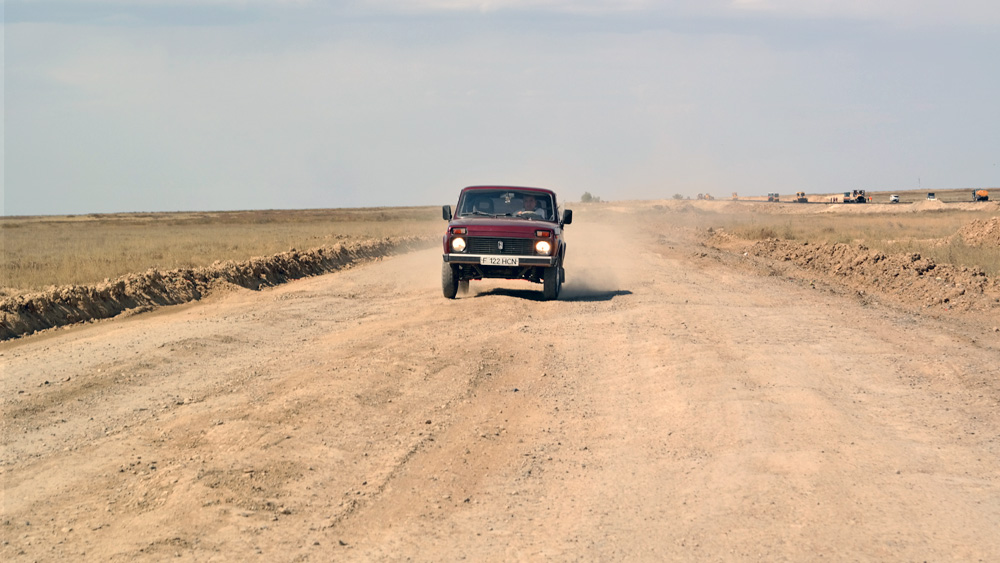 We stopped by a local truck stop for food. This time we randomly point at the menu and order three different items. 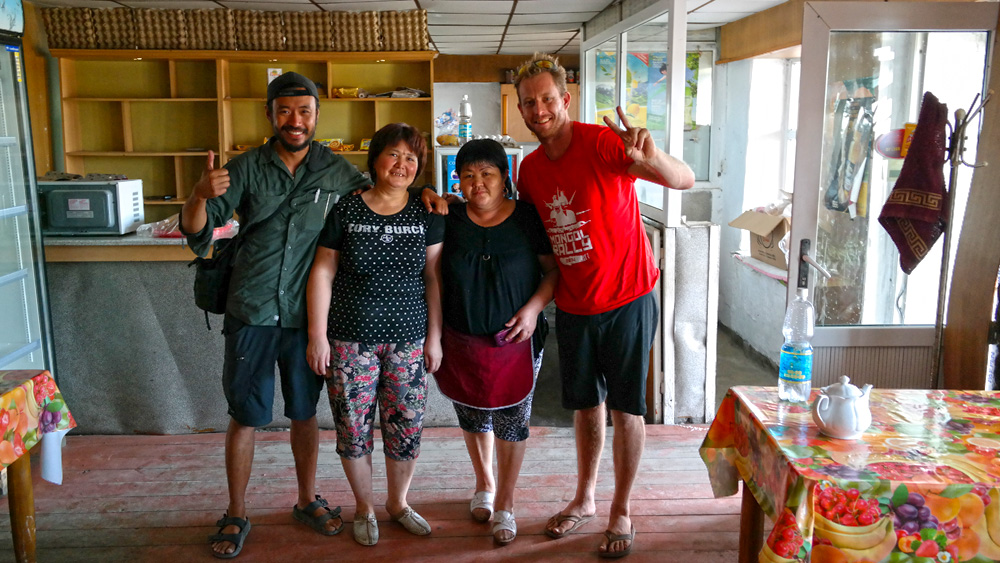 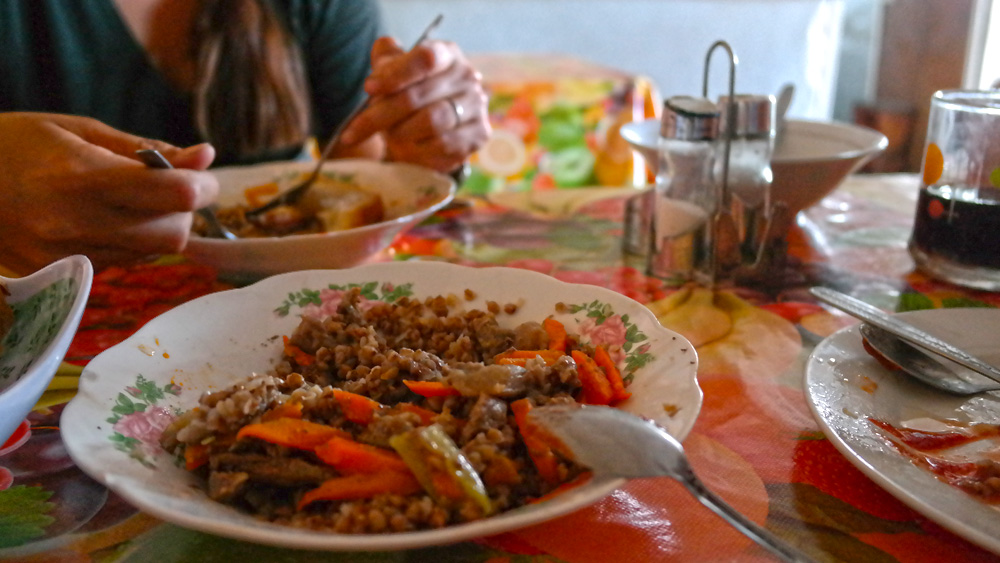 With a full stomach we aimed towards Russia. We didn’t stop at Semey we want to drive as far as possible. 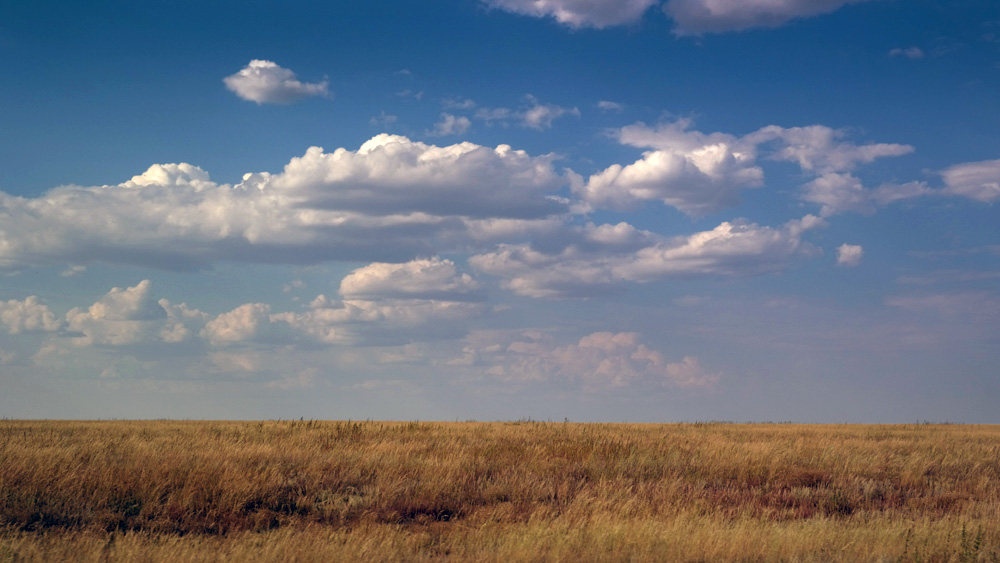 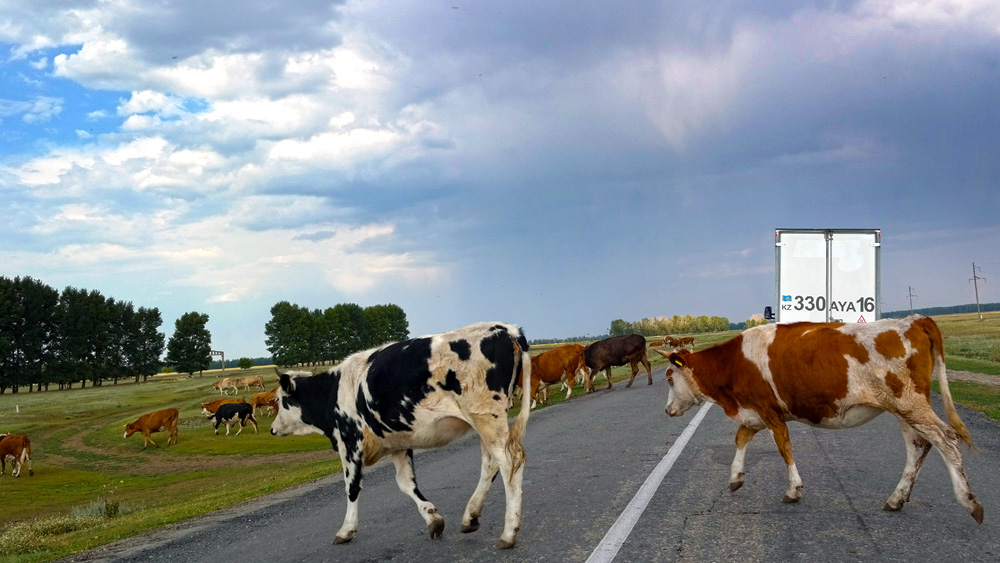 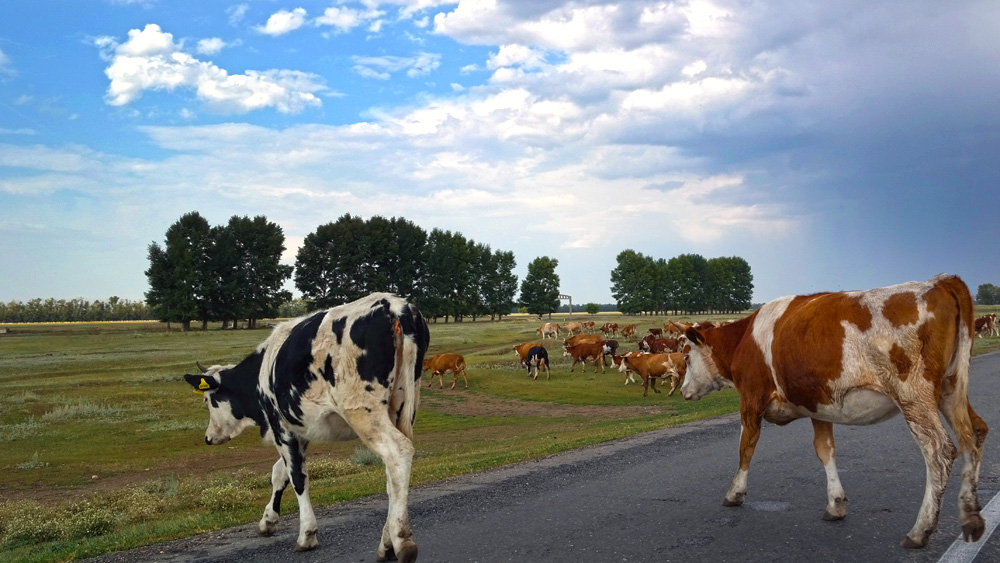 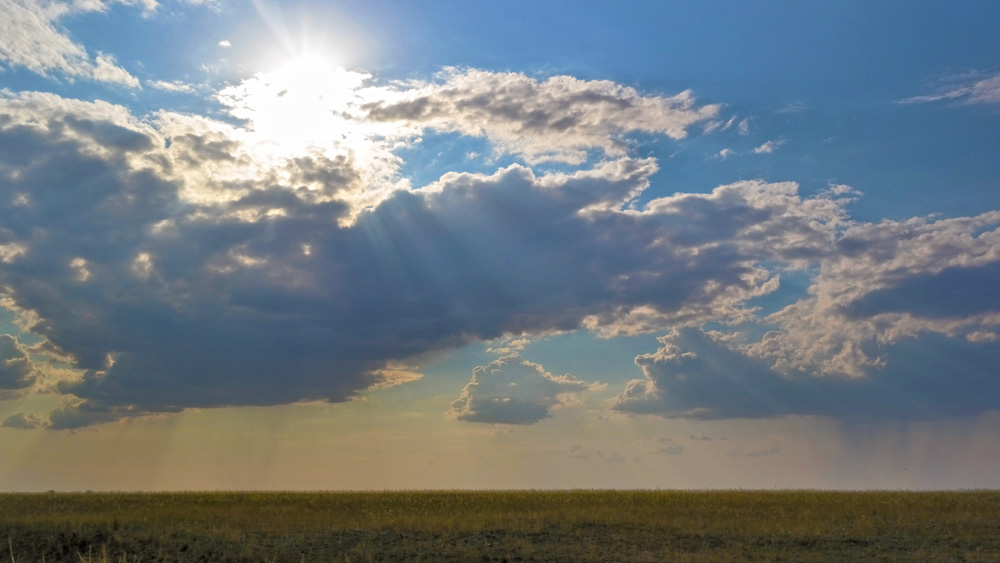 Then we hit the Russian border. While waiting inline we found out that our radiator has a major coolant leak. A super nice Russian gentleman use a plier to pitch the radiator and stop the leak. 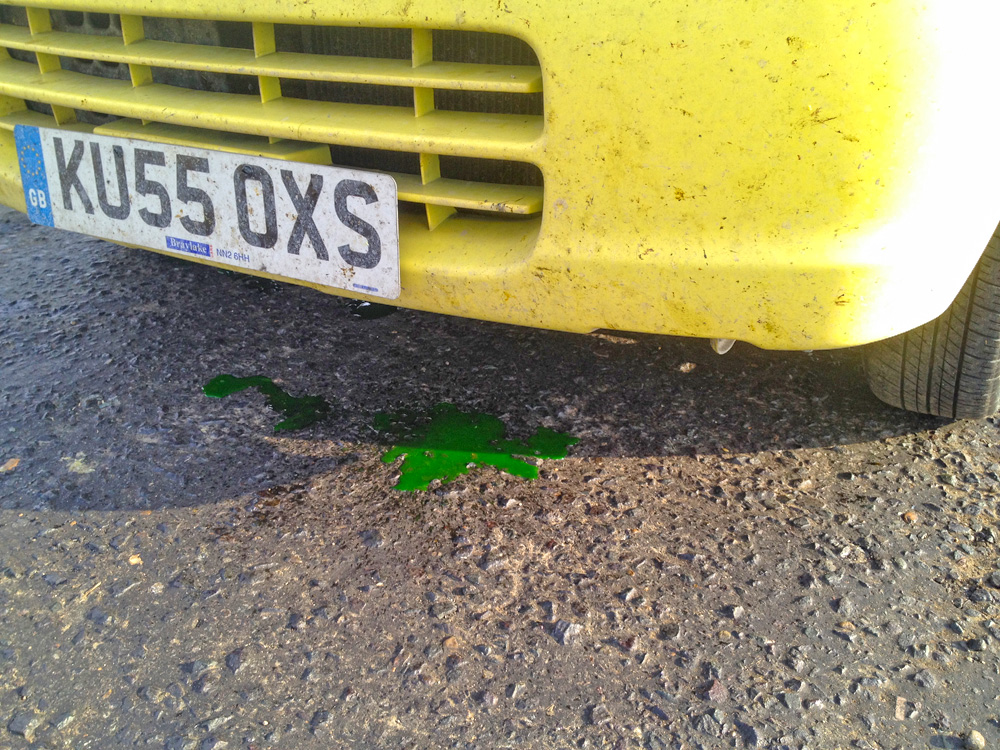 We also met this awesome Russian truck driver, he gave us a watermelon and a bottle of Vodka as a gift! 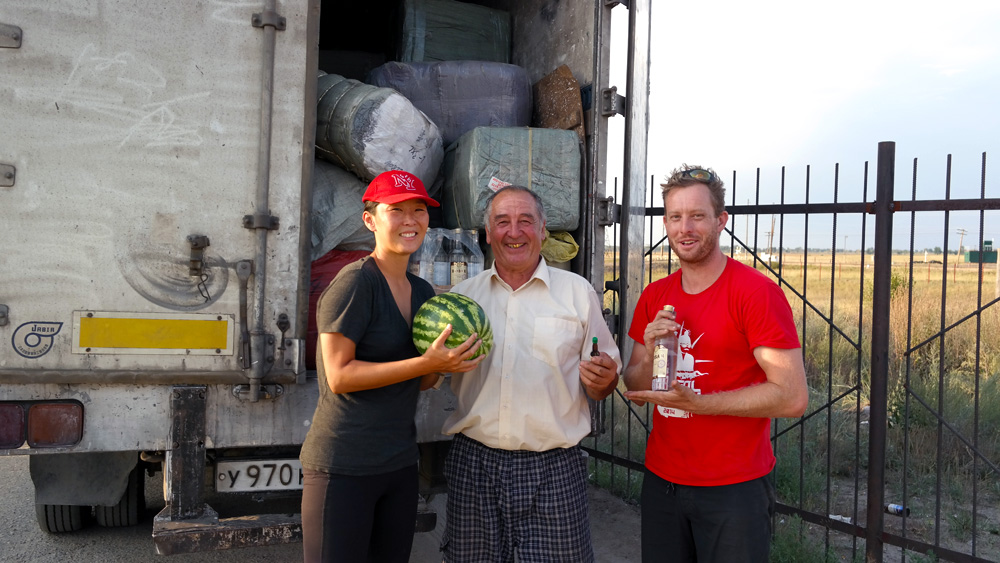 The border crossing is very swift and smooth. Once we start driving in Russia the temperature drops significantly. We are all relieved of the heat.

After driving 15 mins we realized the car engine light is on and the engine temperature gauge indicator is all the way in the red dangerous zone. We can’t drive the car anymore to risk the engine overheated. We stopped at a local gas stop and try to “burp” the engine. We thought there are bubbles trapped in the radiator.

After what we thought was a success, we drove again but after 10 mins the engine failed again. With no choice we tried to push the car as far as possible towards the next town. It was already nightfall and we ended up pushing the car to a roadside restaurant. Don’t know what we could do we decided to have some beer and food. 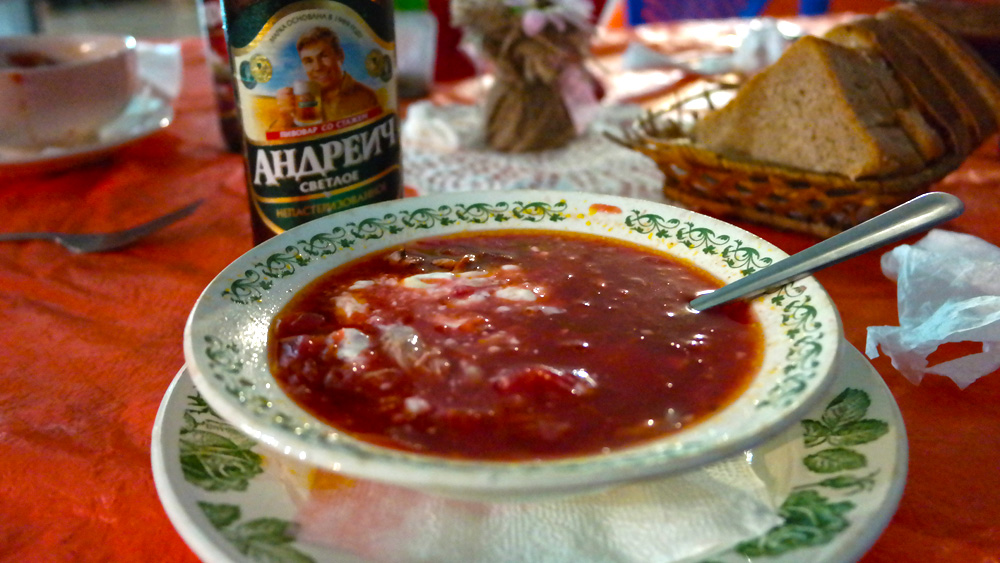 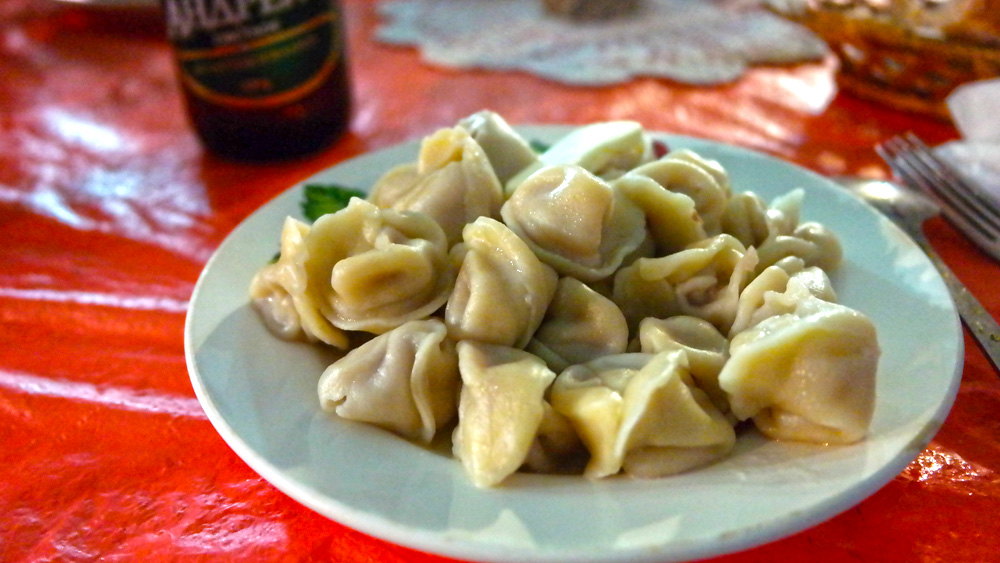 After we ate we tried the guesthouse next door to the restaurant but there is nobody there. We thought that we will wait until morning and start pushing the car again.

And all of a sudden, a white sedan car stopped 100 feet in front of us. Young instantly ran towards the car and asked for help. This is how we met our saviors Helen, Sveta, Alex and Alex. They are from a neighboring town called Gornyak. It was Alex and Alex’s birthday and they are heading towards Rubtsovsk to bowl and celebrate.

They agreed to tow our car to Rubtsovsk. I was sitting in their car it was absolutely great fun, they were blasting party music and sharing Russian beer with me. We are forever thankful to their help! Without them we would have no idea what we would have done. 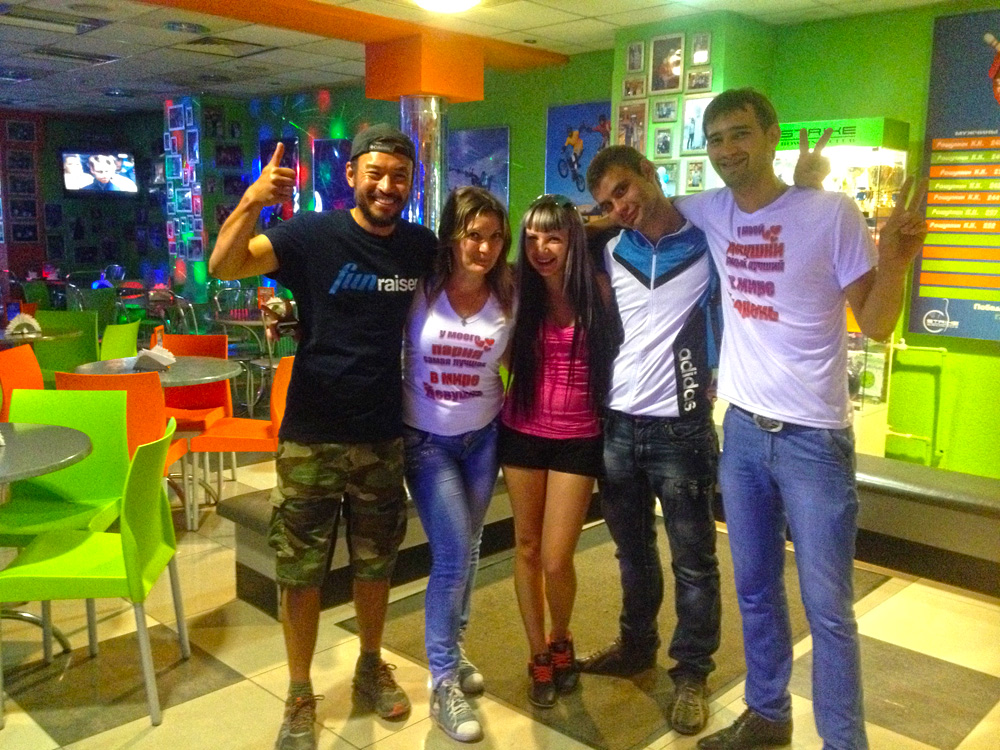 Above picture from Left to Right: Kenneth (me), Helen, Sveta, Alex and Alex.

Once we got into town they even took us to a hotel and help us negiotiate the price. So super nice people! We took a long over-due shower and headed back down to the bowling alley and join their birthday celebration. They refused to let us pay for anything, and says that our appearance is the special birthday gifts to them.

The bowling was super fun. After a good 2 or 3 hours of bowling we moved the party to the parking lot. What a great and fun night! We party until 4am. And when I said I have to go back to the hotel they insisted to walk me back. They explained to me that Russian Mafia are around and it is dangerous to walk alone at night, especially a foreigner.

большое спасибо Helen, Sveta, Alex and Alex! Without meeting you guys who knows what will happen to us! Thank you for your kindness, generosity and making me feel so welcome in your homeland. I shall never forget your hospitality and sincerely treasure your friendship. 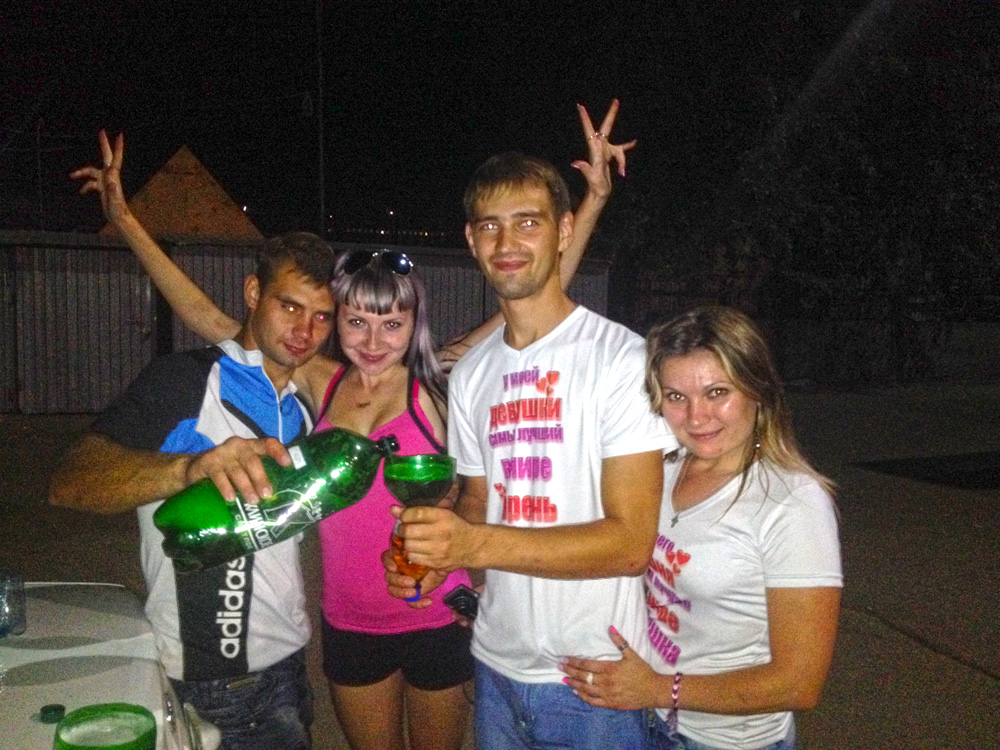 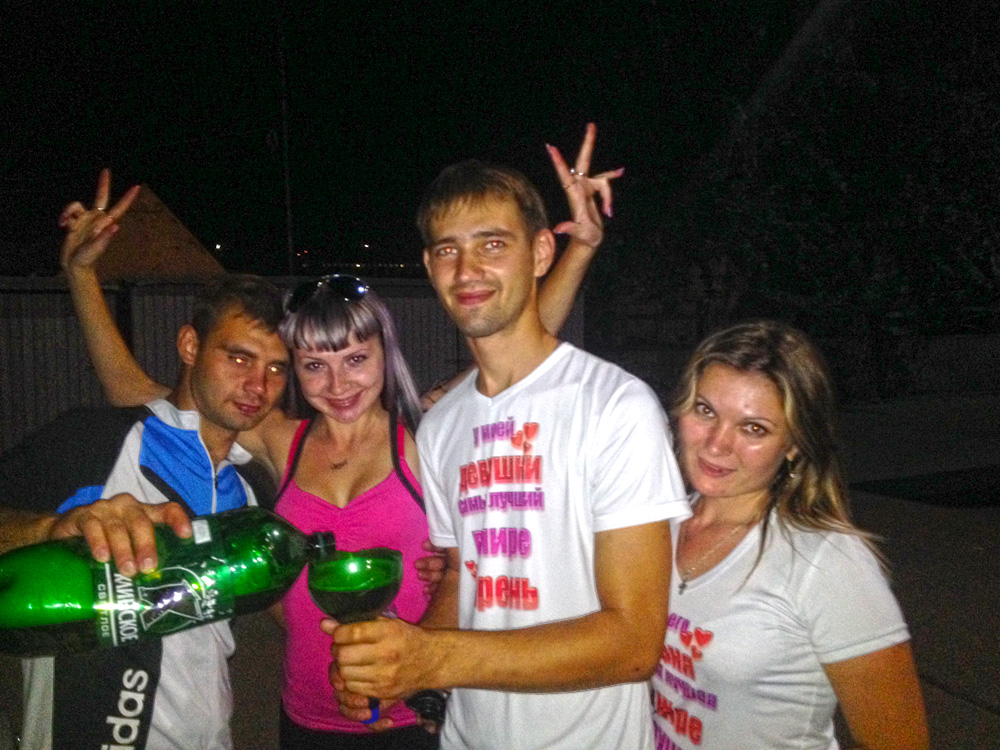 Our very romantic and classy hotel room, which I only slept 2.5 hours on the bed hahaha! 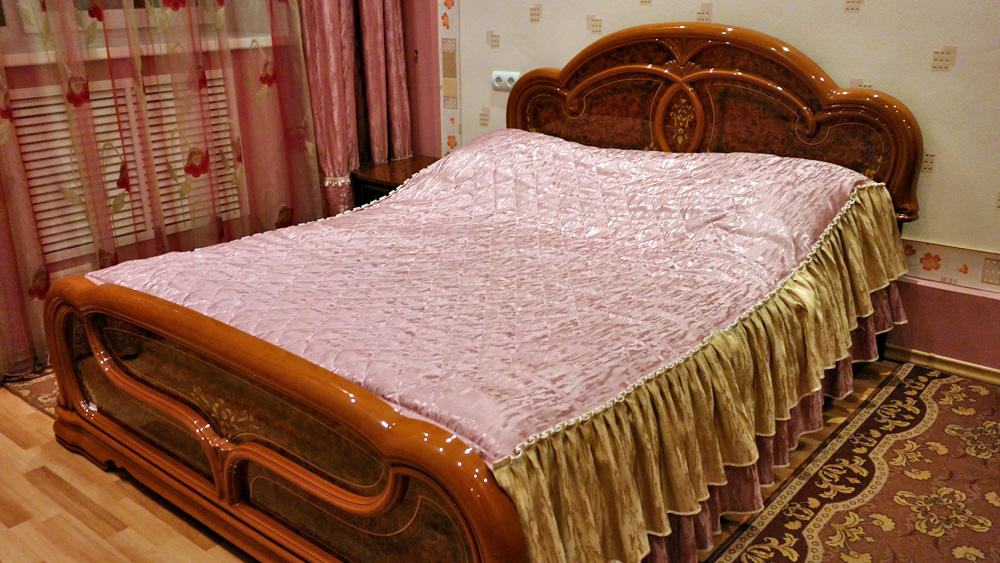 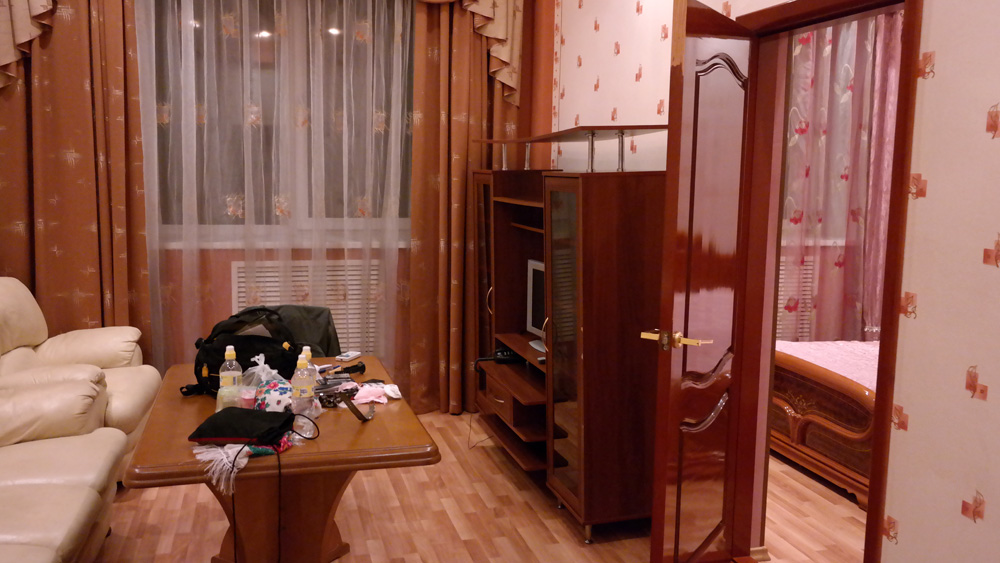