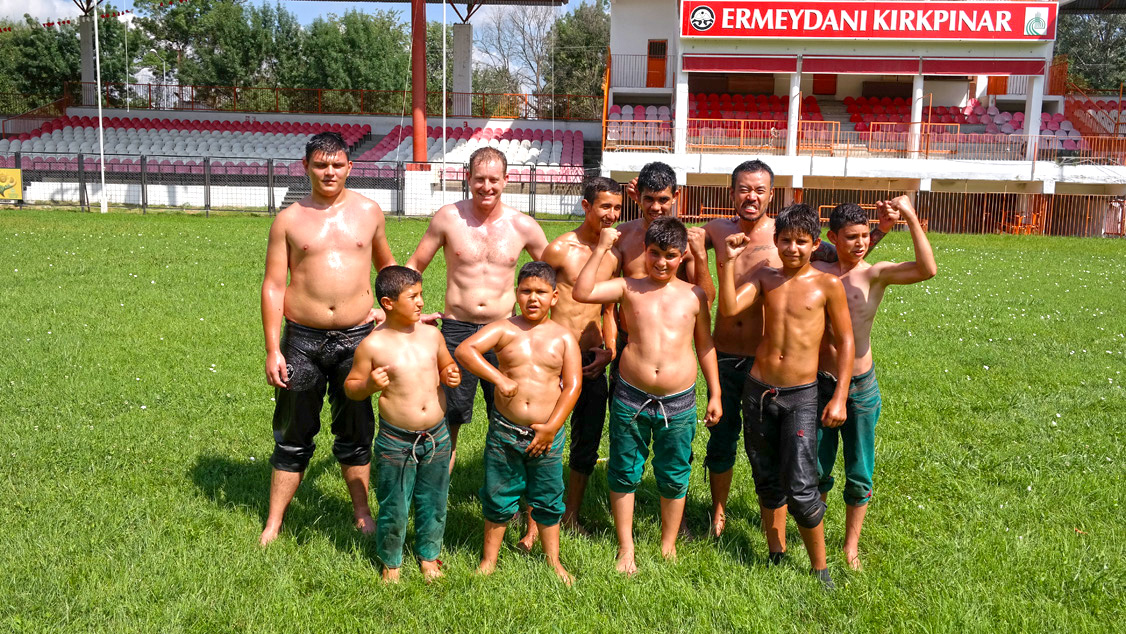 Today was one of the most memorable days in our entire Mongol Rally trip. We wrestled in olive oil with Turks in their 650 years old national sports “Yaglu Gures”, and were interviewed by the Turkish television.

Legend has it that Turks are the world’s greatest wrestlers. Yağlı Güreş (oil wrestling) is a Turkish national sport that dates back to the 14th century. It is so called because the wrestlers douse themselves with olive oil.

According to the Guinness World Records, Kırkpınar Oil Wrestling Tournament, held in Edirne in Turkish Thrace since 1362, is the world’s oldest continuously sanctioned sporting competition. The tournament, which took place in the town of Edirne in late June to early July, covered 13 different categories and a special category for youth wrestlers. All in all, some 2,000 wrestlers competed for fame and glory.

The wrestlers, known as Pehlivan (Persian: پهلوان‎ meaning “hero” or “champion”) wear a type of hand-stitched lederhosen called a kisbet, which is traditionally made of water buffalo hide.

We were very honored that we wrestled with the youth wrestlers in the Kırkpınar stadium!

We left the hotel at 8:30am, drove to a random supermarket and bought olive oil. We originally planned to simply oil wrestle in front of the Kırkpınar stadium in Edirne, Turkey. When we arrived we met the super nice folks from AZ 81 SPOR KULÜBÜ (AZ 81 Sports Club).

They invited us inside the stadium to wrestle with them! It was like playing baseball in the Yankee Stadium! FYI, both Graham and myself (Kenneth) had no experience in wrestling at all.

The training crew doused olive oil on us. The wrestling master coach found me a official training kisbet. I could not fit in the kisbet it was in youth sizing and the training crew helped and really squeezed me into it, of course with tons of olive oil pouring inside my waist hahaha!

Then all of a sudden out of nowhere a Turkish TV crew from AHBR showed up and we were on Turkish television being interviewed!

A HUGE THANK YOU for AZ 81 SPOR KULÜBÜ in Edirne for giving us this tremendous experience! It was our utmost honor to be able to wrestle on the sacred field of Kırkpınar stadium.

Finally we completed one of our hardest FUNraiser mission “TURKISH OIL WRESTLING “YAGLI GURES“. THANK YOU FOR YOUR DONATIONS! Together we raised $825.00 for our charity Cool Earth!

Together with our pledgers’ generous donations and our silly “elbow grease”, we together saved over 8.25 acres of rainforest in Peru! Teşekkür Ederim (Thank You)!

We are forever grateful for the opportunity! Here are some more pictures: 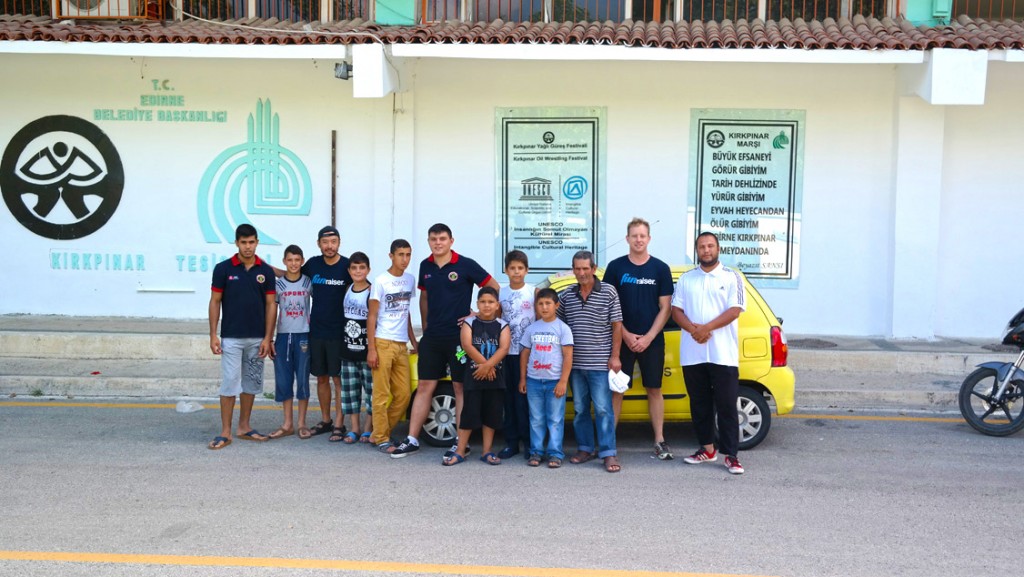 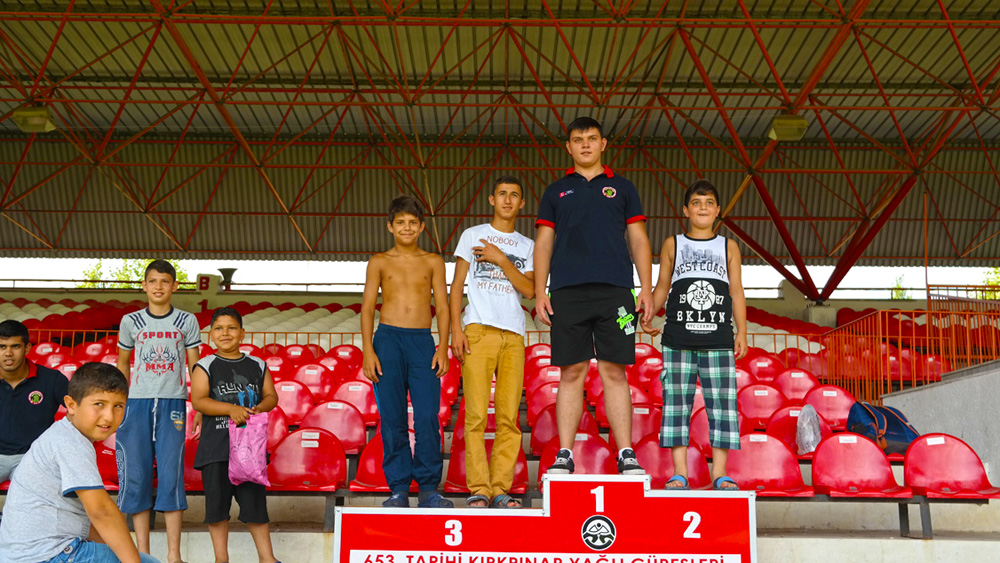 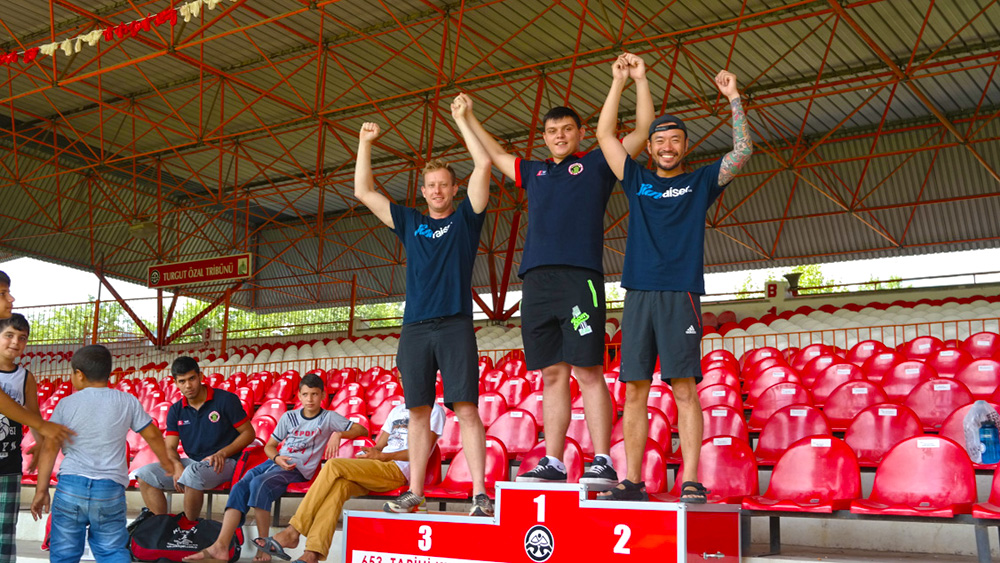 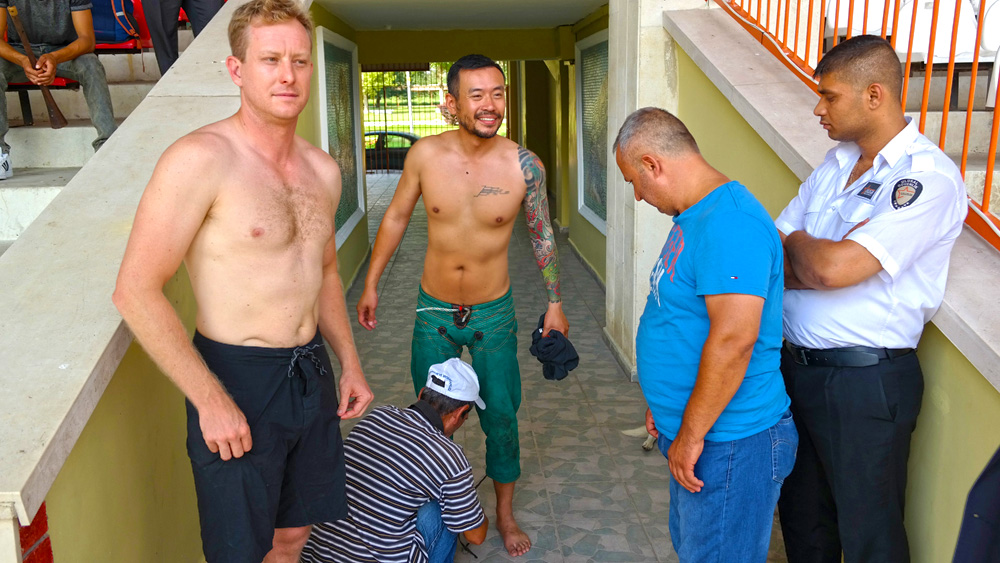 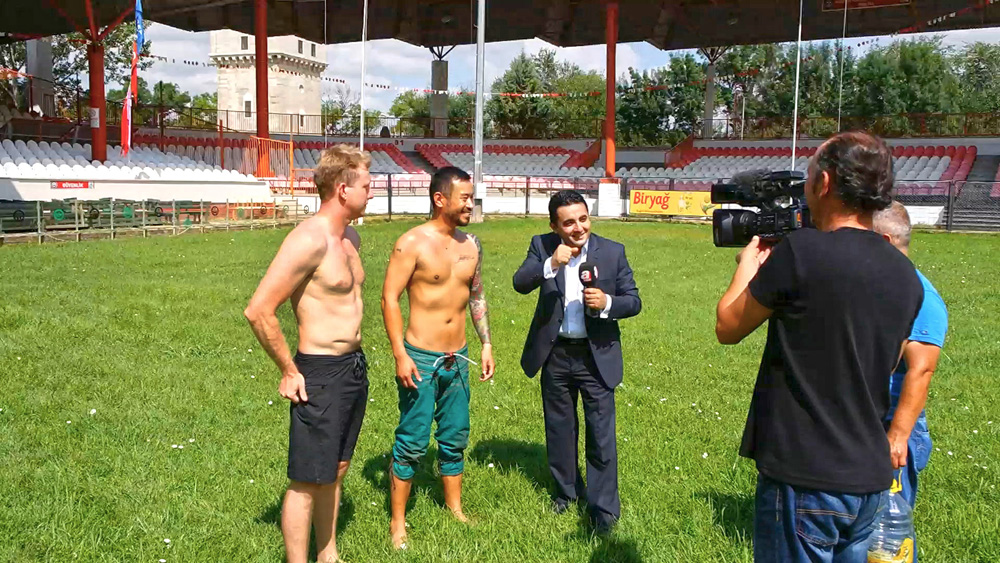 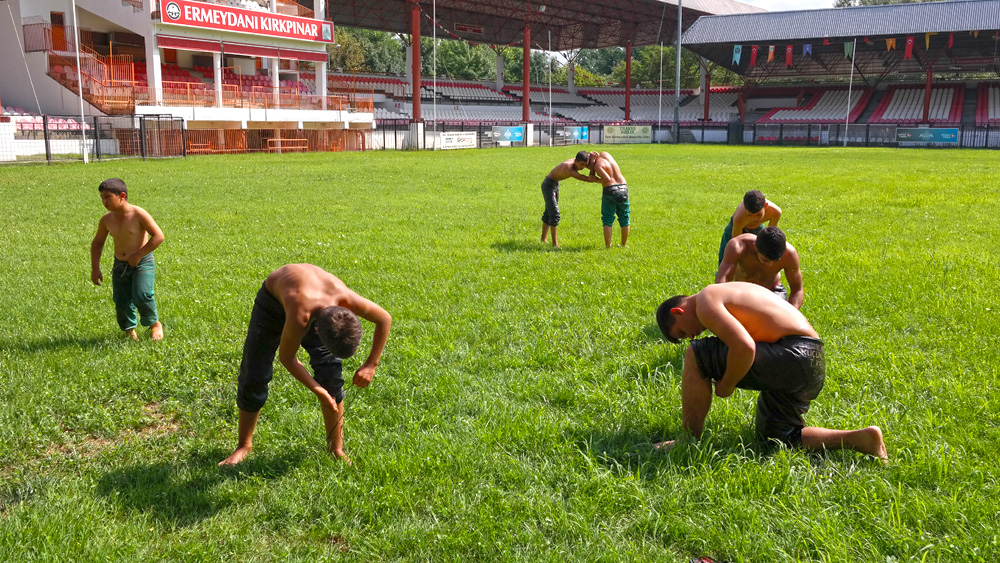 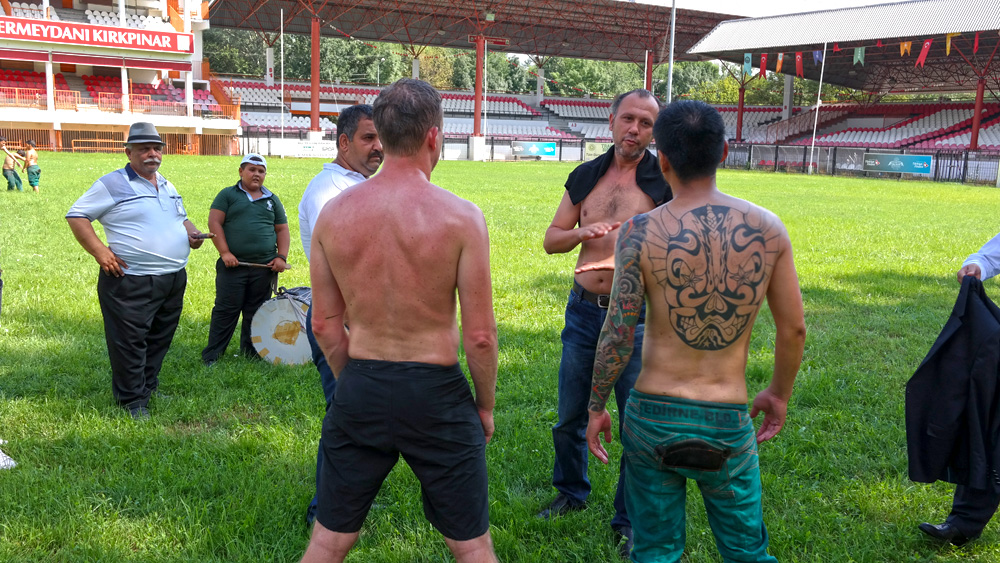 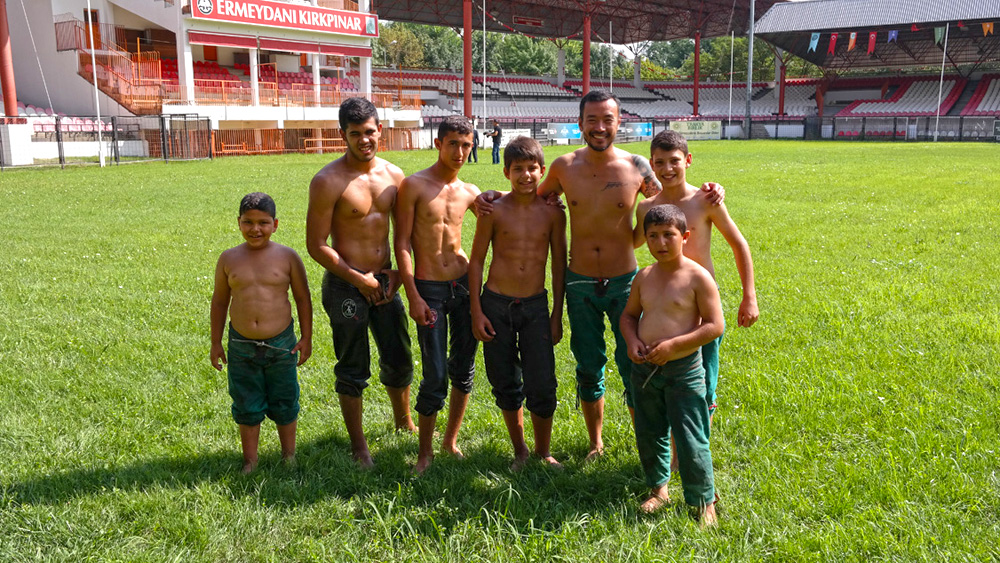 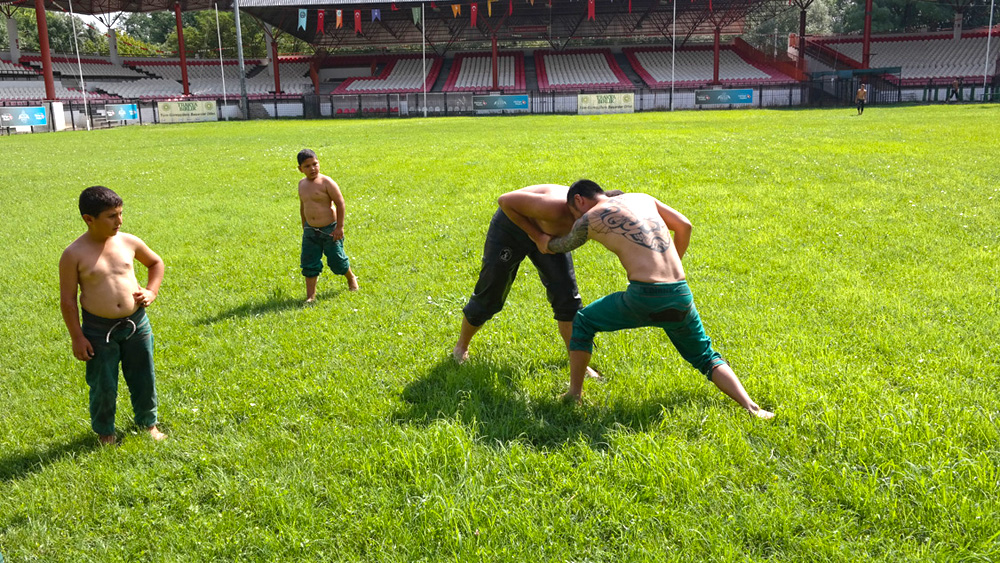 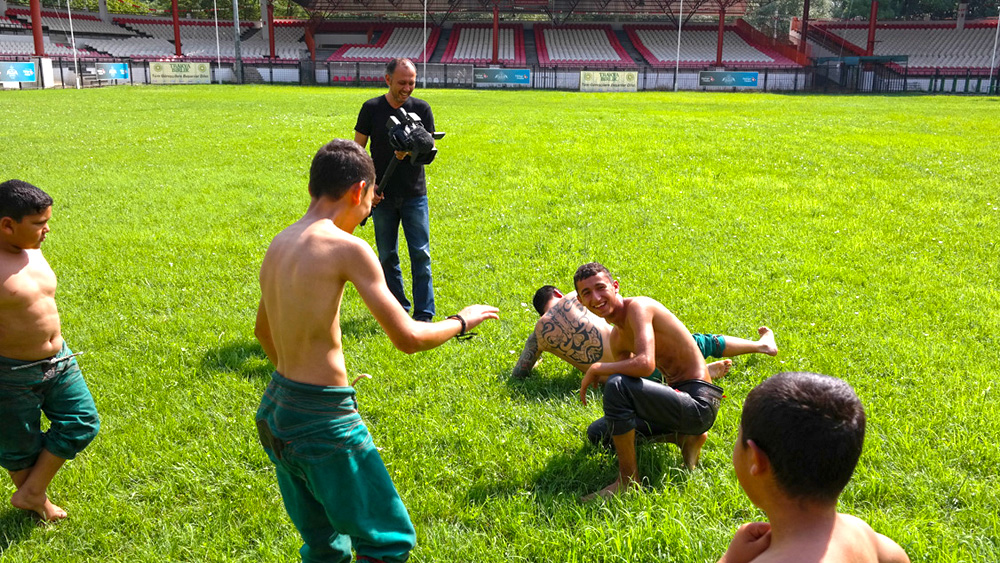 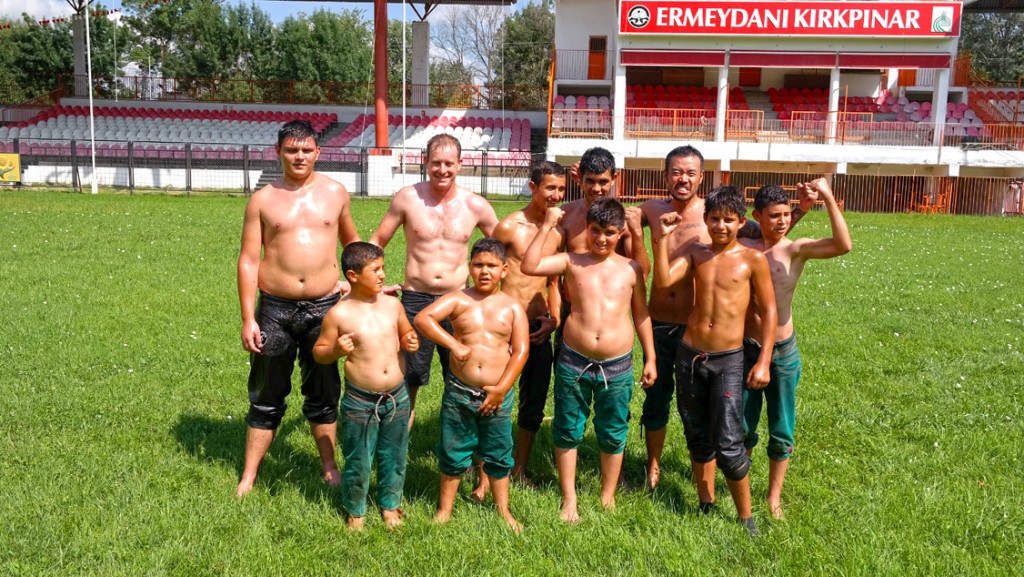 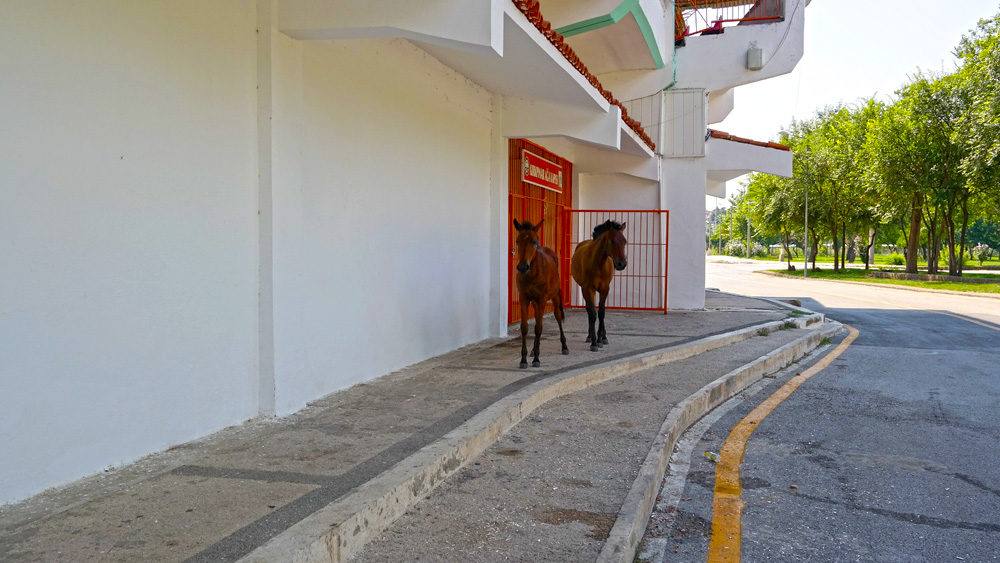 Than we went back to hotel and took a shower. We both smelled like olive oil. We checked out at noon, researched and booked a hotel room and drove to Istanbul.

I had to admit I liked Edirne a lot and somehow, I left my heart in Edirne.

It took us around 3 hours to drive from Edirne to Istanbul. We stayed at Sultan House Hotel in Old Town. Free valet parking included ;-) 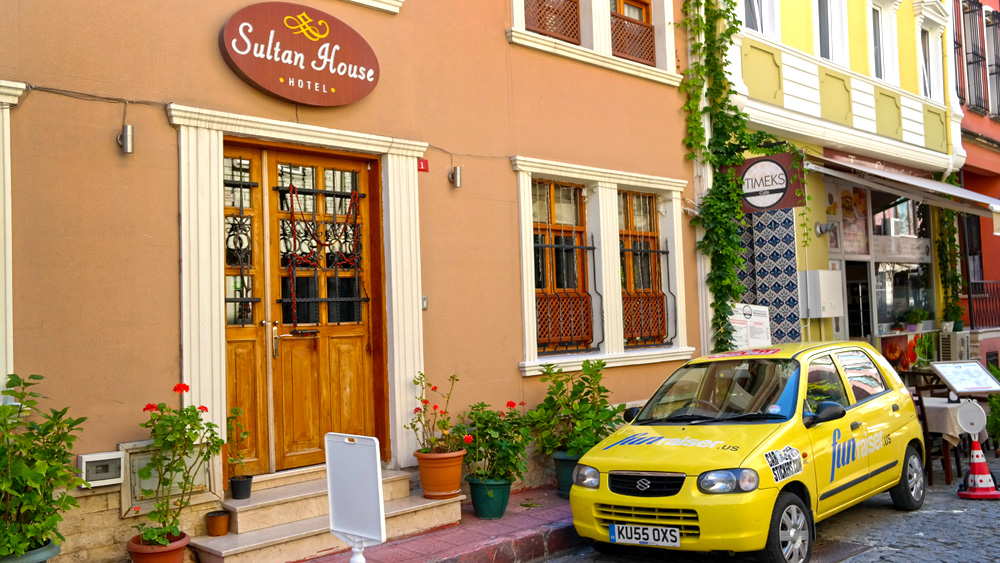 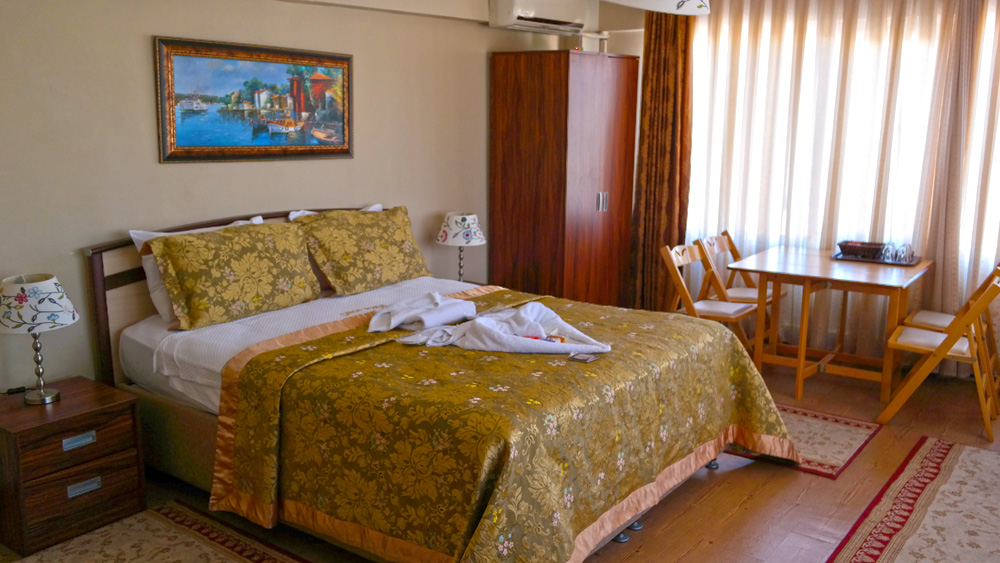 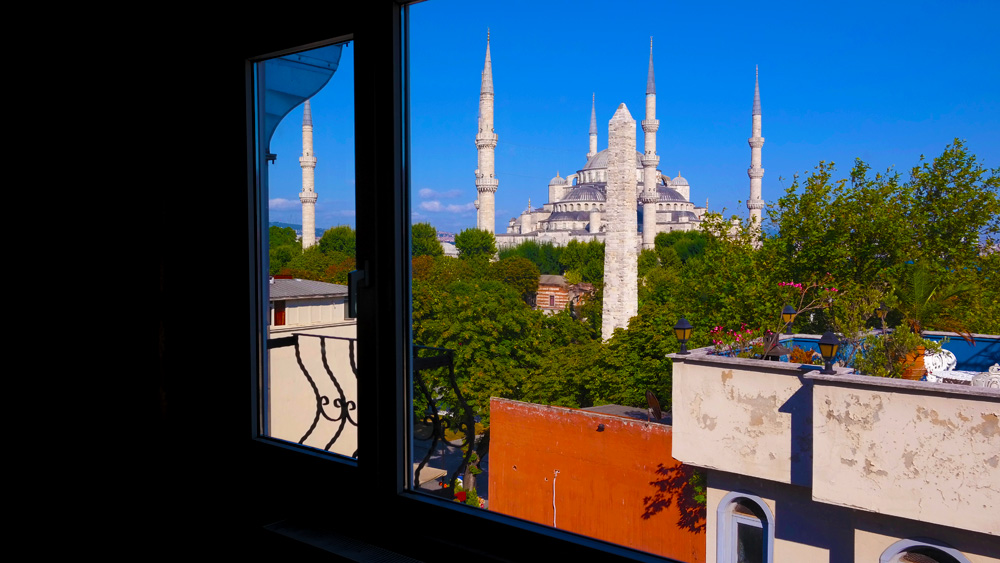 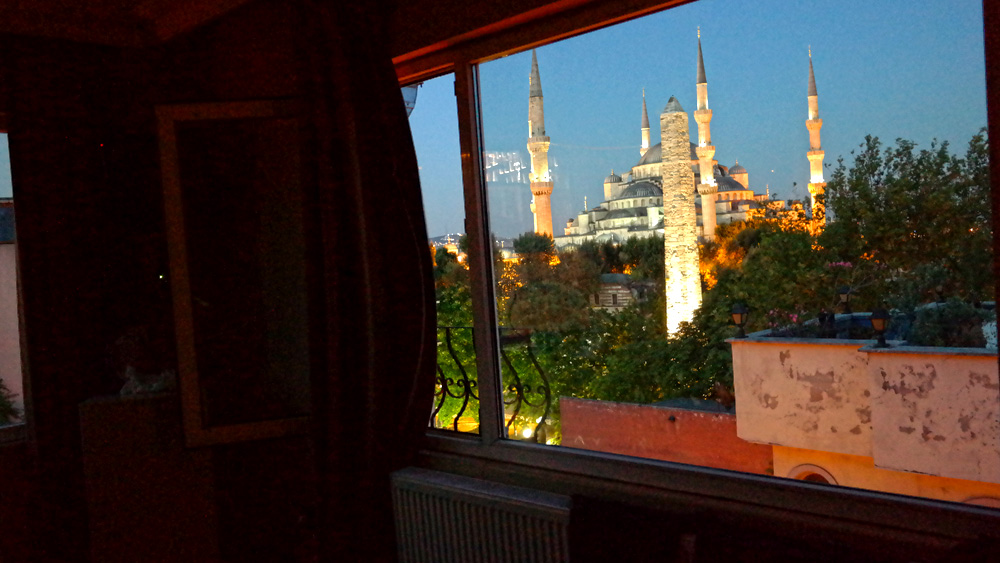 Our hotel Sultan House was located in the old town Sultan Ahmed. We booked two nights for USD $270, which ended up being $45 USD per night per person. Breakfasts were included.

When we arrived the super nice receptionist helped us to bring our luggage up the 5 floors walkup and he refused to take any tips. When we opened the window curtains, the Blue Mosque was right in front of us. Wow what a deal! Plus we had a 2 tier private rooftop with a panoramic view of the Golden Horn all to our own!

For dinner we went down to a restaurant around the corner. Graham got the Mousakka, Kenneth got the Lamb Shekebab and Young got another Lamb dish, paired with some Raki and Efes Pilsner. The food was OK, maybe because we were super tired?

The restaurant was right in front of the Blue Mosque, the bill came to around 174 Liras ($75 USD) + tips. We were super exhausted, and when we hit the hotel bed we all instantly fell asleep without changing our clothes. 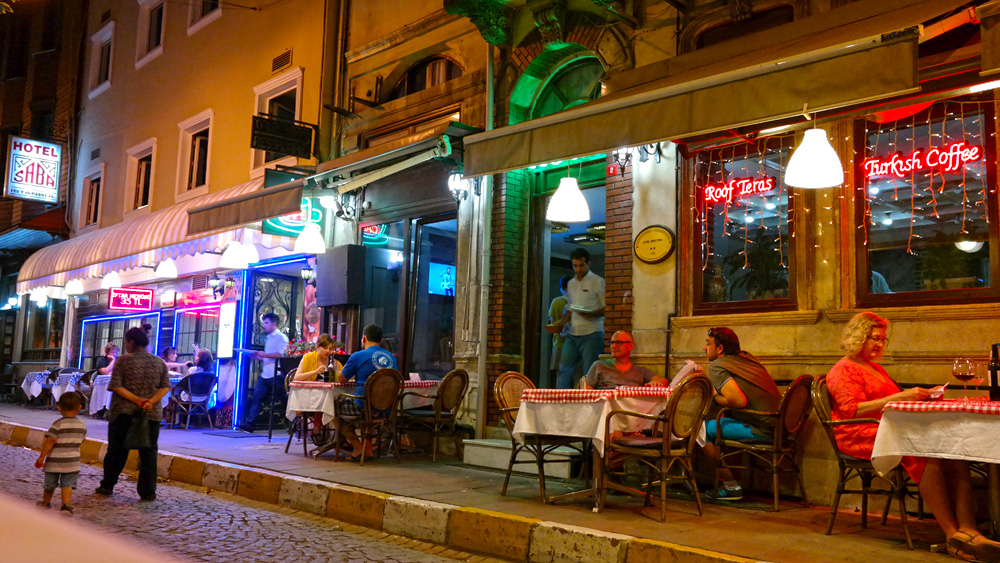 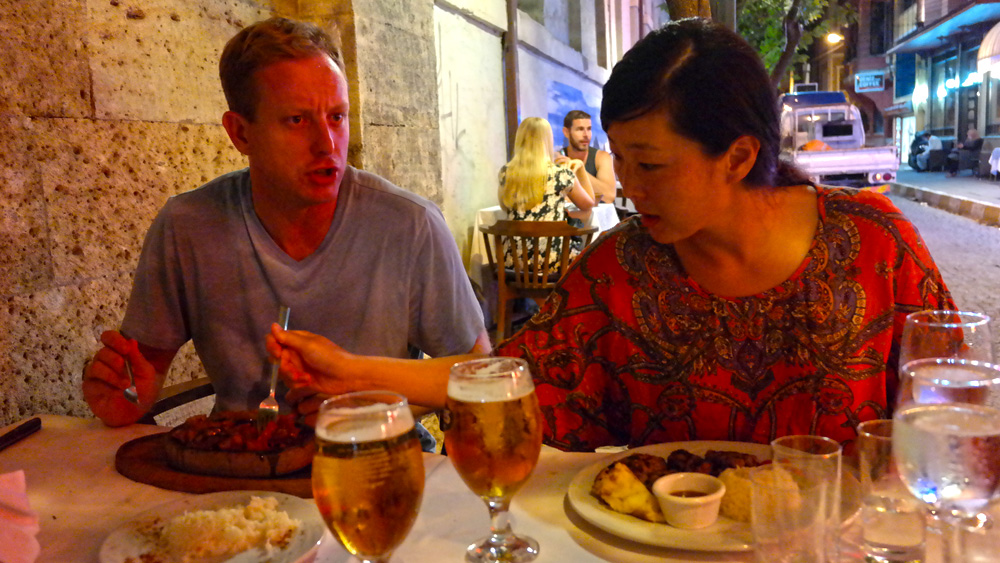