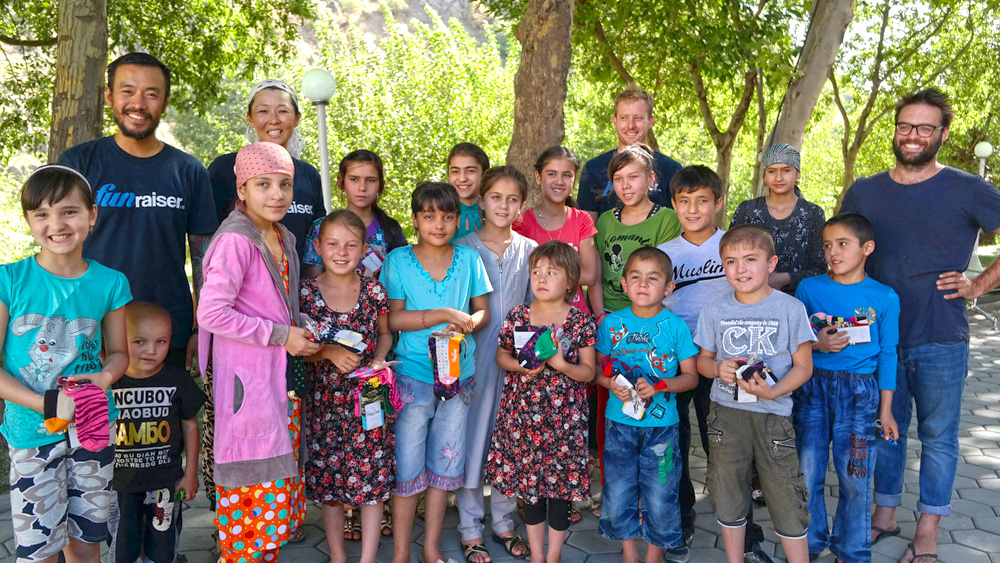 This was the most meaningful and sentimental day on our Mongol Rally trip- today we completed our FUNraiser mission “DELIVER DIABETIC ADVICE AND GIFTS TO TYPE-1 DIABETIC CHILDREN IN TAJIKISTAN“!

We drove East from Dushanbe, passed through fertile farmlands and followed a pale turquoise mountain river upstream to the diabetic camp. 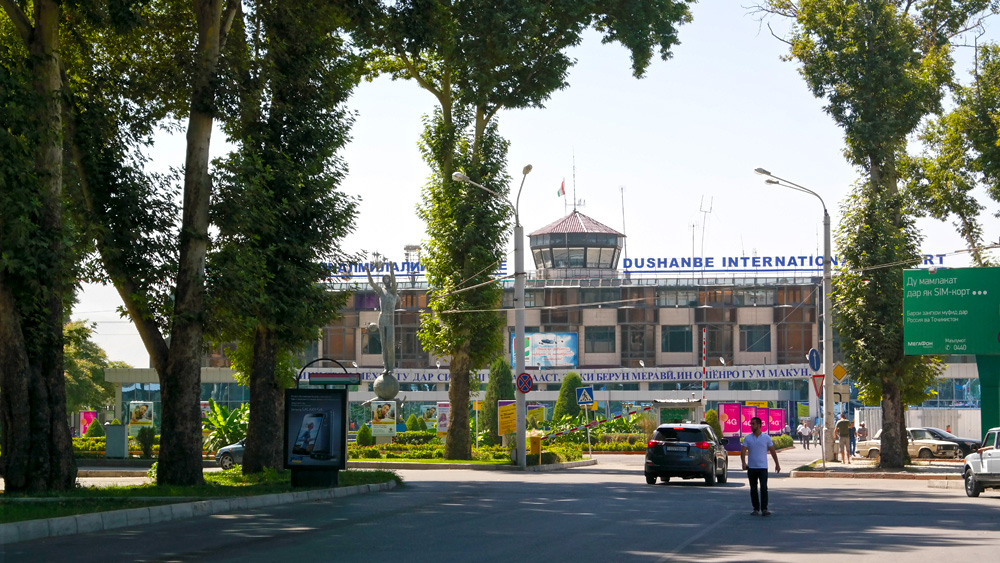 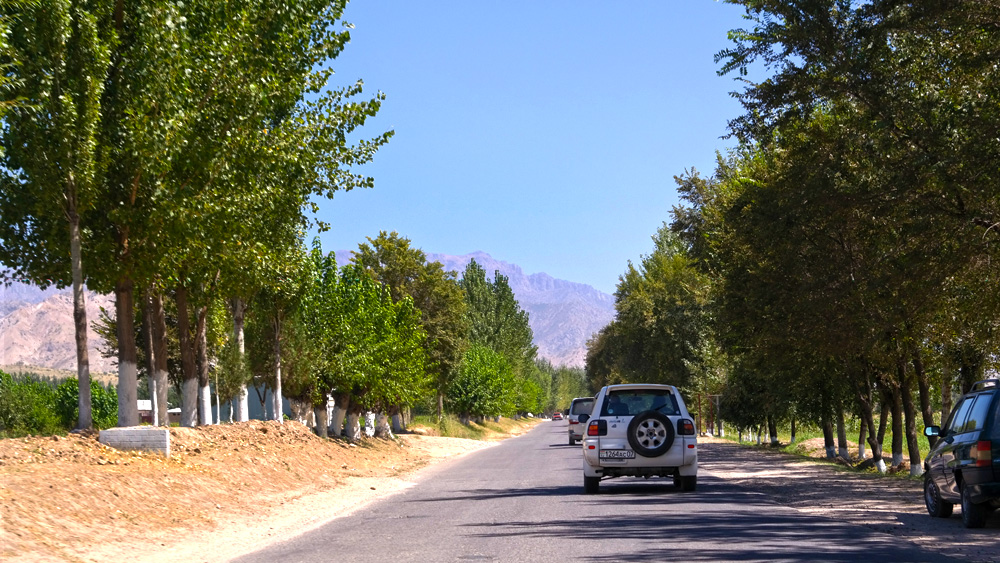 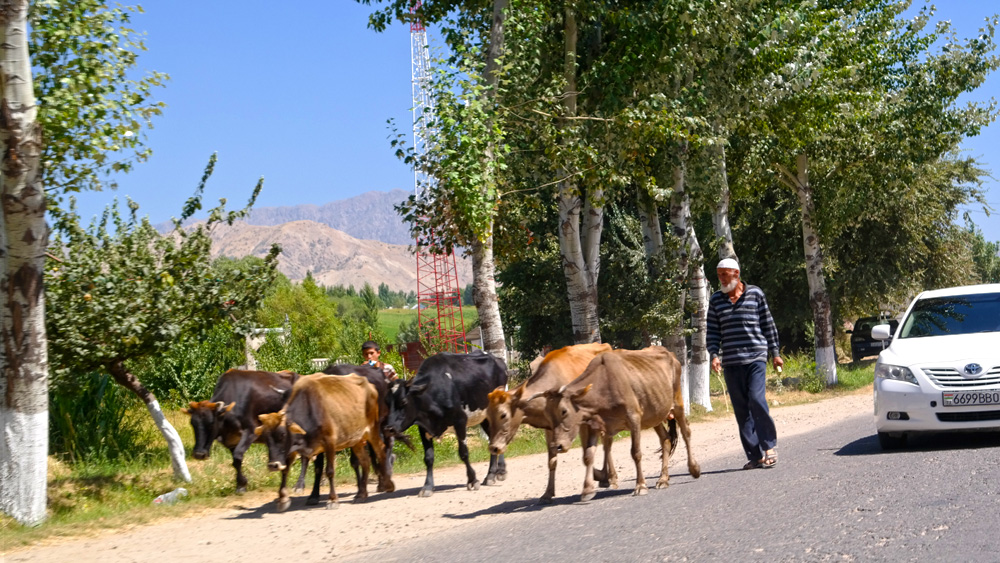 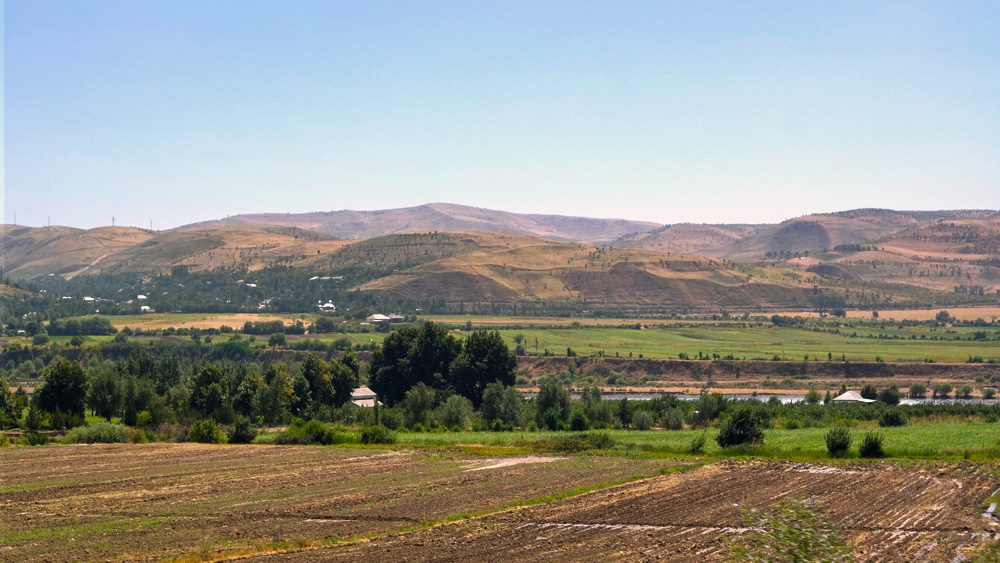 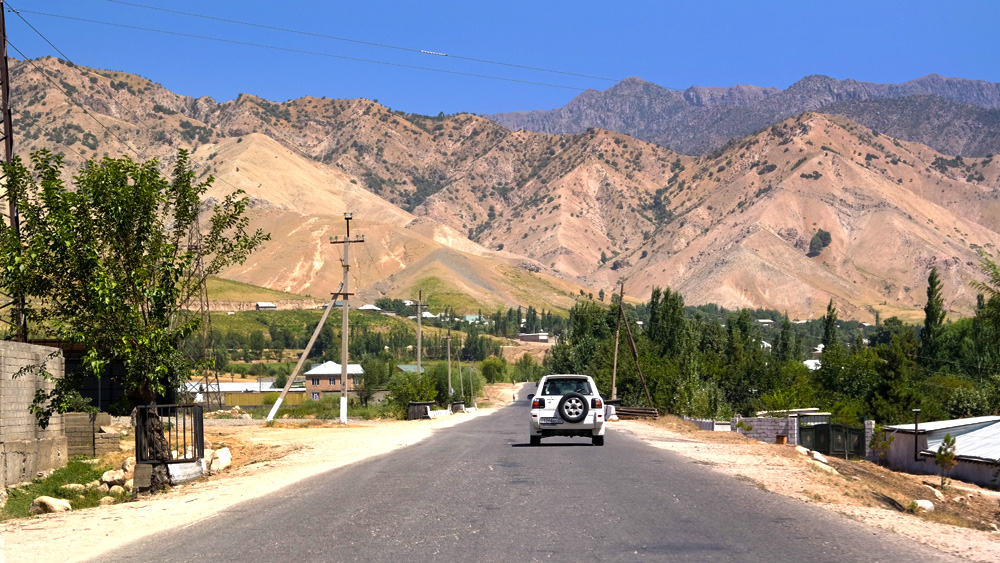 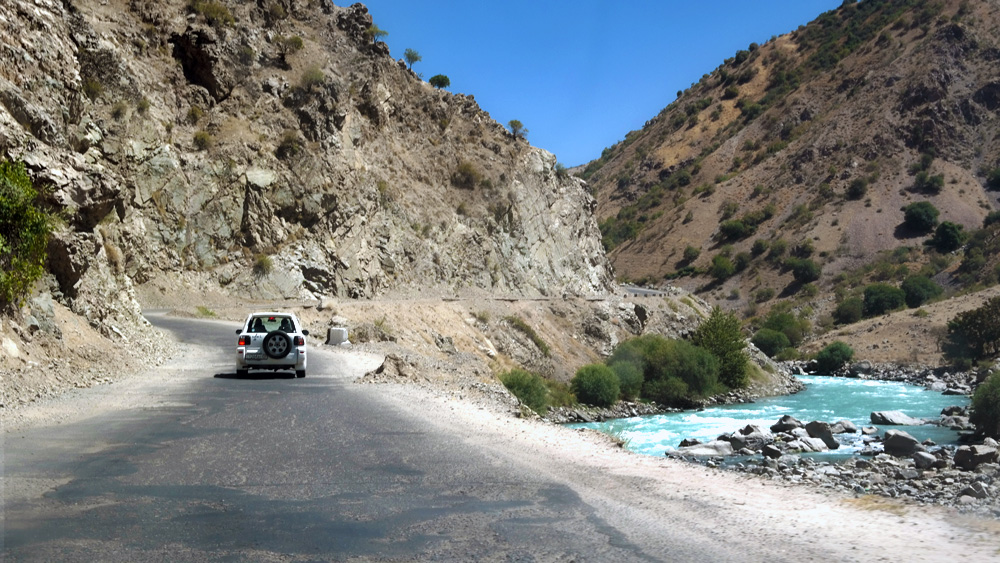 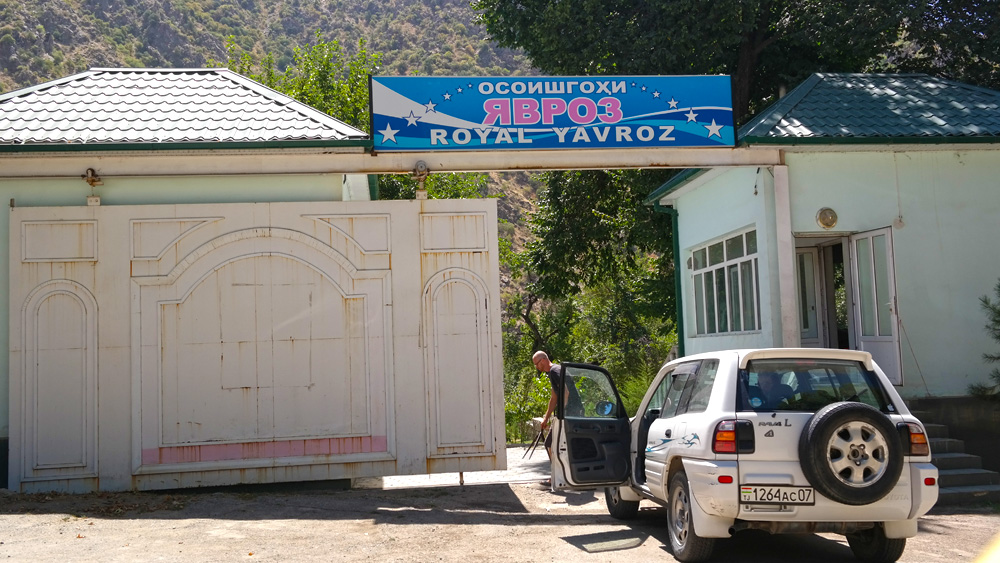 We woke up and met with Will from Team DiaBeetle (www.DiaBeetle.com) and visited the diabetic children camp operated by the non-profit organization Operation Mercy (www.Mercy.se). The camp was located 1 hour east from Dushanbe in Tajikistan.

The camp was a temporary 4 days camp for diabetic children and their parents from remote area of Tajikistan. Some of them lived 100 km away from the closest endocrinology doctor.

Both Will and Graham had type-1 diabetes since adolescent and during the session they gave diabetic advices to the children. All the parents asked lots of questions. Their faces were full the worries.

THANK YOU FOR YOUR DONATIONS! Together we raised $1240 for our charity! 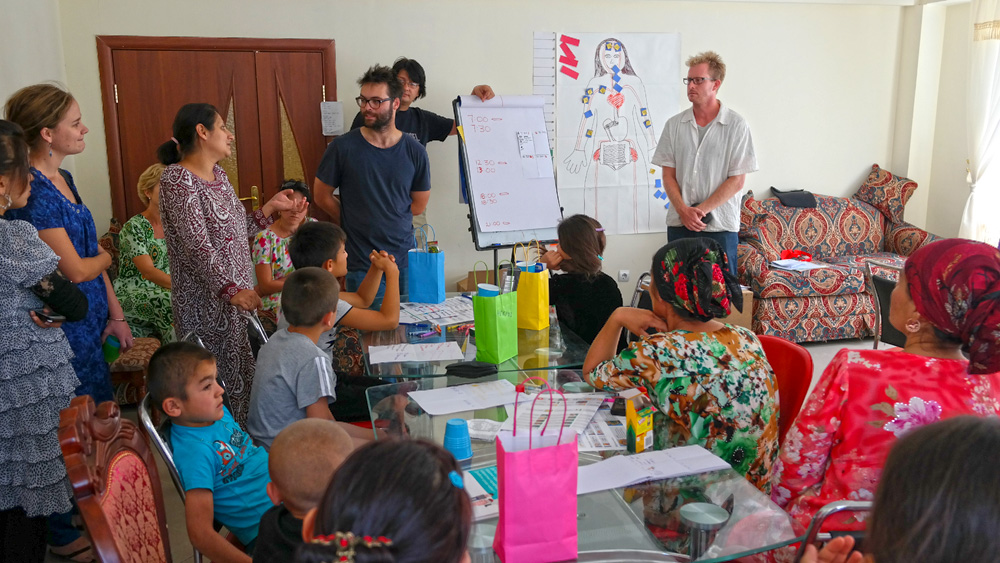 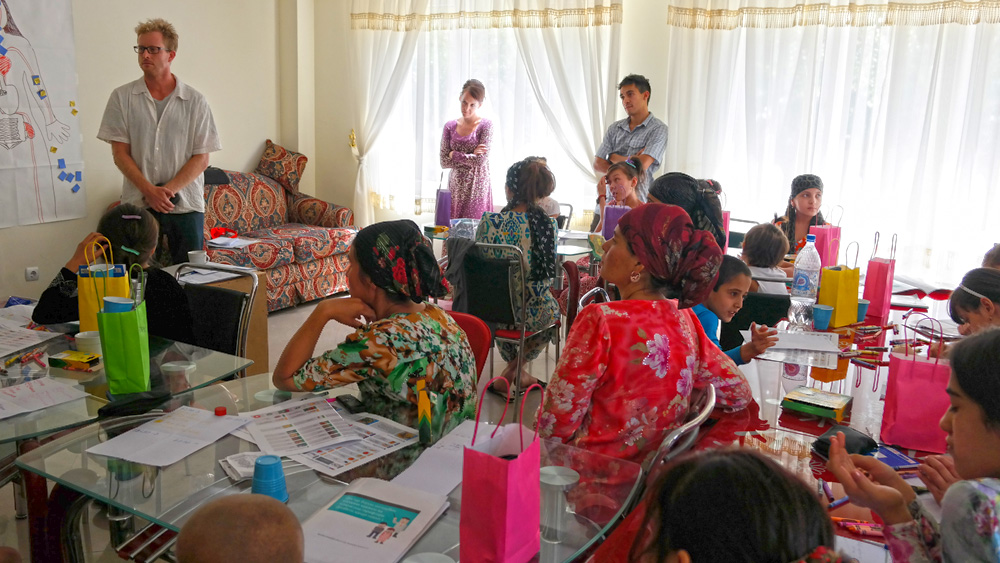 After the seminar we had lunch at the camp. Then around 3:30pm we presented the little gifts both Will and us brought to the children. We felt wonderful travelling this far to complete this mission.

Here’s what Graham’s thought about this mission:

UPDATE:
Sometimes you give unintended advice. If you watch the Utube video there is a moment around 2:50 where I demonstrate the art of licking the blood off your finger after you poke yourself. The kids instantly pick up on it, and it’s a funny reminder of the first time I realized you don’t have to use a cotton ball every time you prick your finger (no one i know does except nurses in a hospital) or that you can inject needles through your pants. I hope this serves them well, saves them time and countless cotton balls.

The camp is a camp for diabetic children and their parents from remote area of Tajikistan. Some of them lived 100 km away from the closest endocrinology doctor.

Both Will and I have had type-1 diabetes since adolescence and during the session we gave some advice to the children and parents.

I’ve worked with Diabetic youth before when I was a camp counsellor for kids with Diabetes after my freshman year in college. What stuck out most to me about the the QA session in this mission was the simultaneous differences and similarities that instantly pop out between type 1 diabetes in the U.S. and Tajikistan.

For instance, all young kids seem to feel a little bit like an outcast when they come down with Diabetes…. which is why a gathering place like a camp can be such a positive experience for them to connection with others in a similar situation.

But the differences were more severe and really threw me for a loop when a mother asks, “what do you do when you can’t get insulin FOR A MONTH because the pharmacy is all out”. I would have a very very tough time functioning a month without insulin!!!!

Questions like “I’m worried about giving my child insulin because I’m afraid they’ll get addicted to it” can be brushed off as a need for more diabetic awareness.

But the skepticism reflected in basic questions like, “Before we had no (or very little) type-1 diabetes in Tajikistan, now there is much . What causes this increase”, reminded me how little we actually know about this autoimmune disorder, and how hard it would be to accept treatment from around the world. (some scientist say the rapid increase in type-1 diabetes an epidemic that cannot be explained by genetics alone)”

A HUGE THANK YOU to Team DiaBeetle for setting this all up! Nice work Will; so nice to meet and hang with you. Thanks to Operation Mercy for their great work! 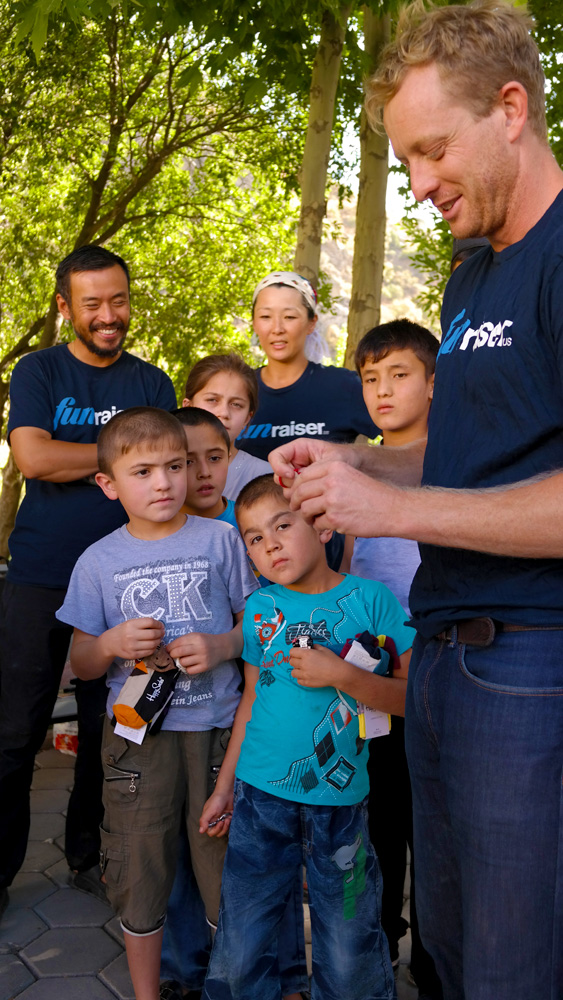 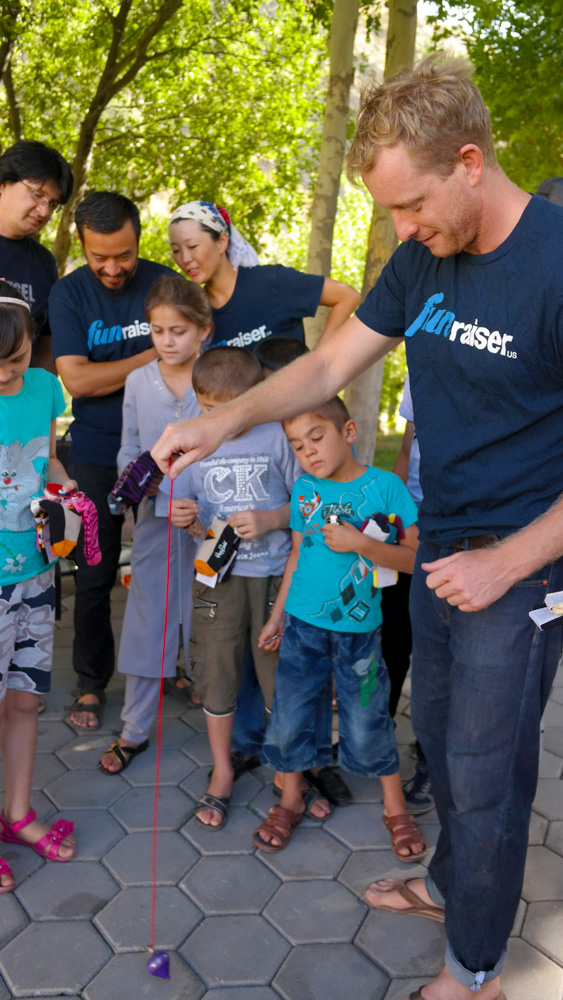 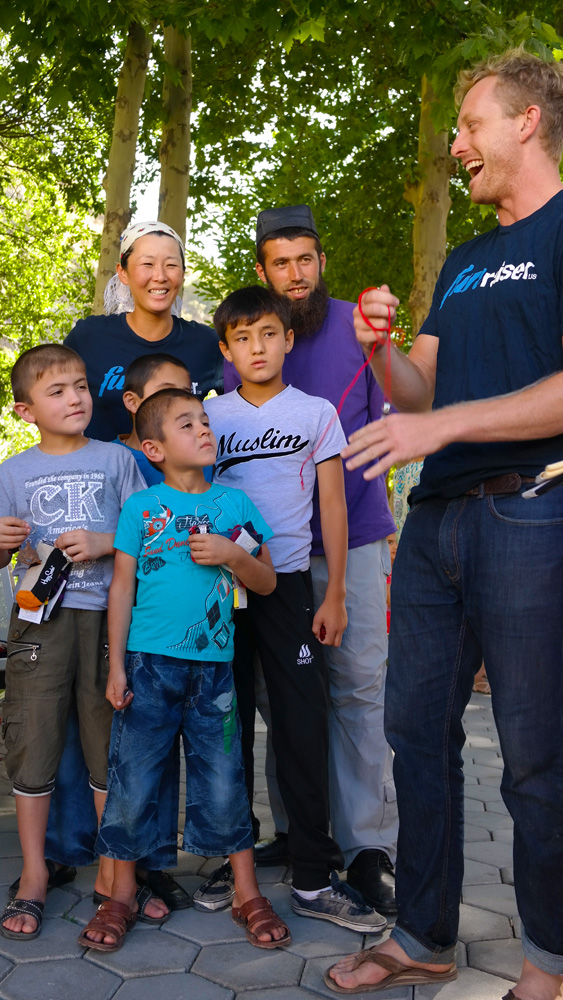 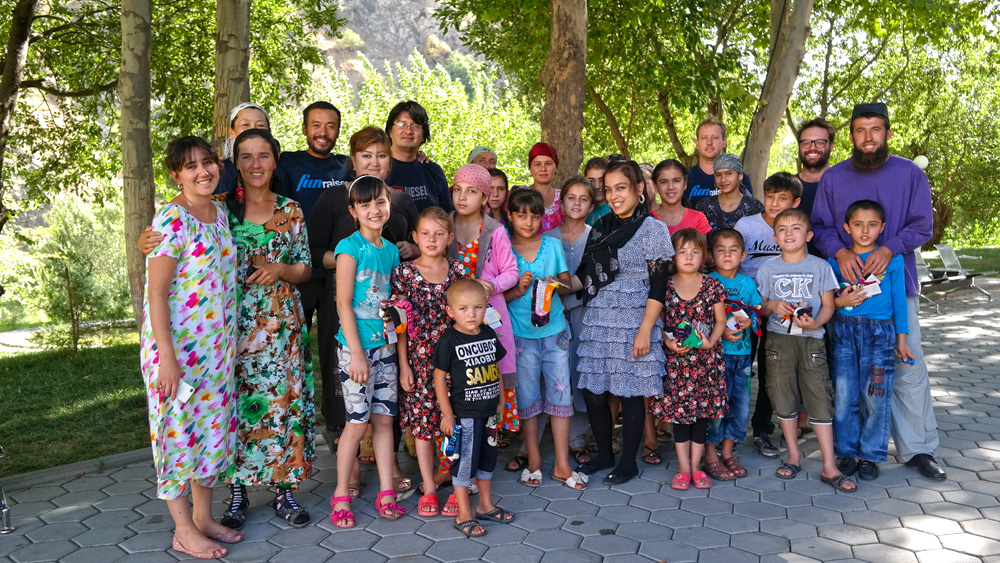 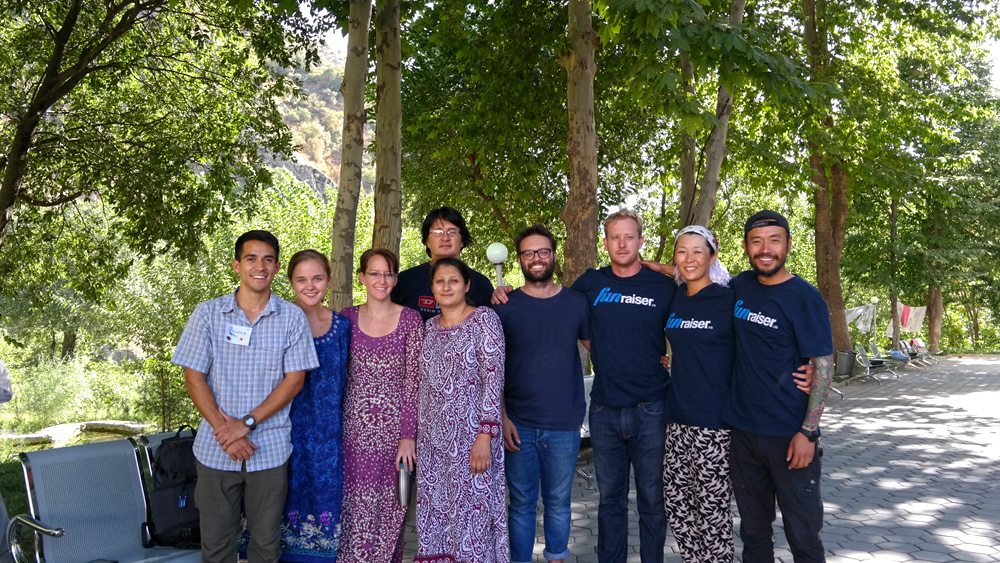 A HUGE THANK YOU to Team DiaBeetle and Operation Mercy for their great works! 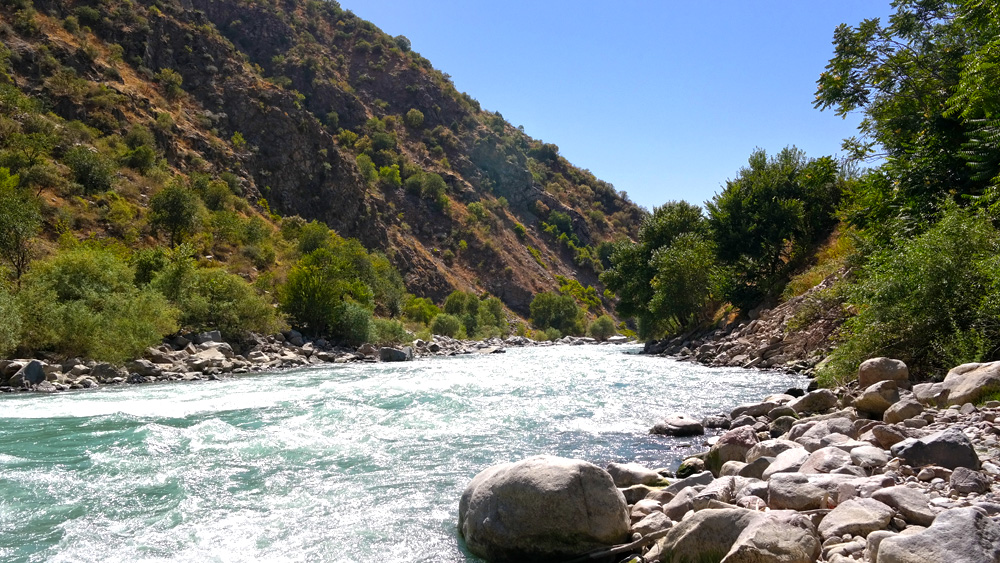 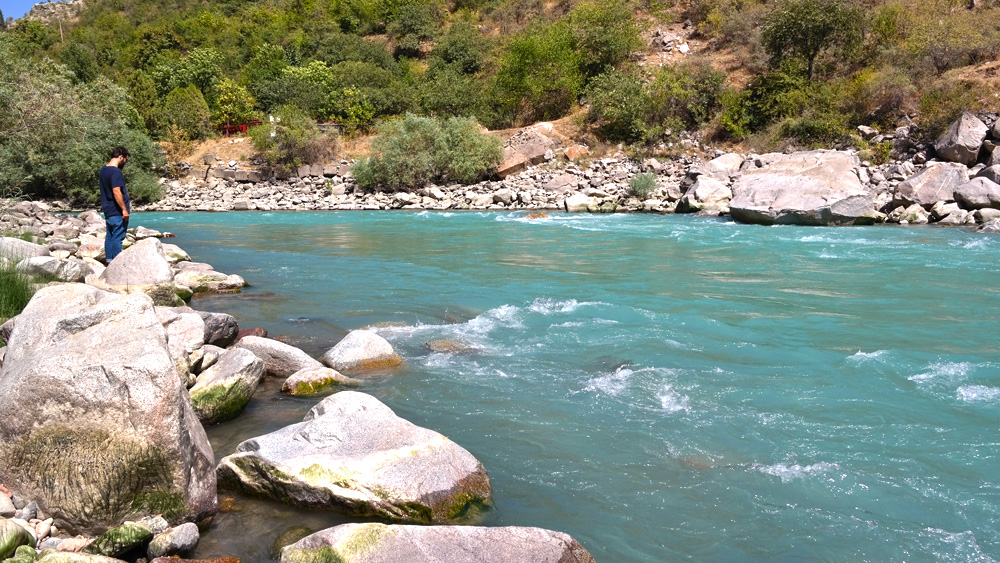 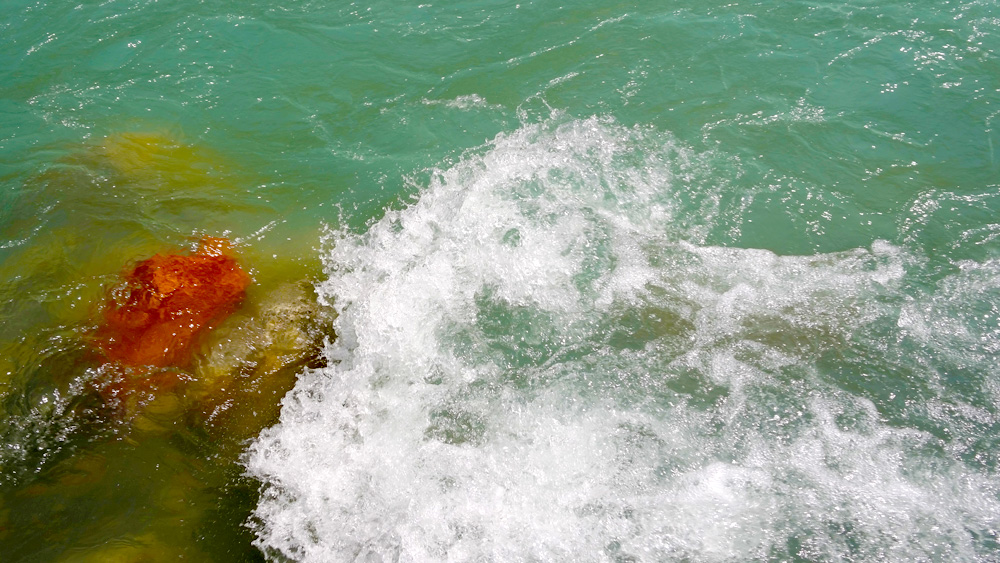 Due to our time crunch we had to sail on. We left the diabetic camp around 4:40pm and started driving towards the Fan Mountain. The road, despite being described as a scenic drive, was a major truck route. Central Asian countries didn’t enforced the same smog standard as we used to. The entire time we were inhaling the farts from big ass trucks. The exhaustions were so thick and black! 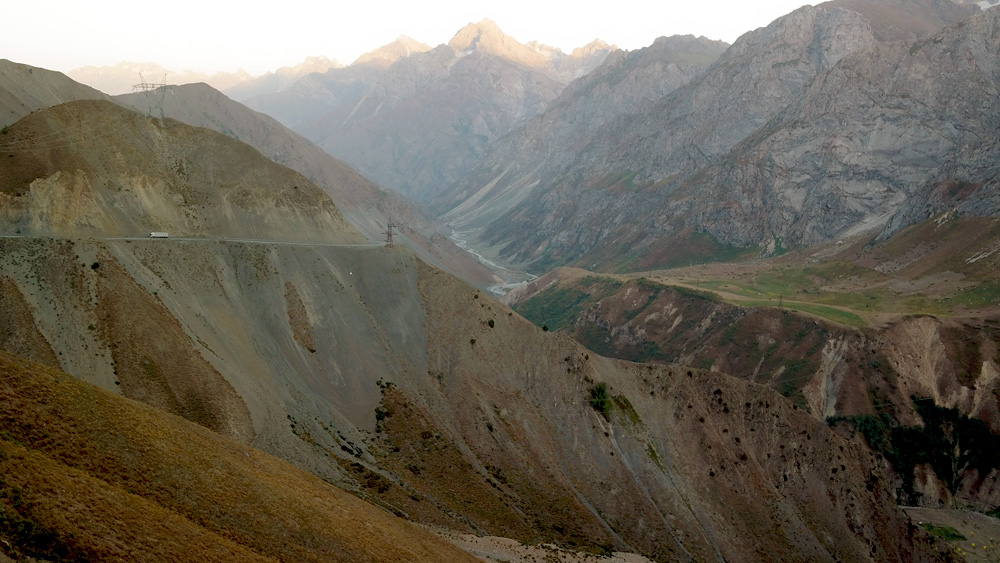 Besides breathing in all the black exhaustion the drive was beautiful! Dramatic mountain ranges and steep graded valley road.

Then all of a sudden without any notice we entered the Anzob Tunnel AKA the Tunnel of Death. It was definitely the worst tunnel we had ever encountered in our lives! There was no ventilation system all the exhausts black smog was trapped in there. The visibility was only a few feet. The pitch black tunnel had numerous gigantic potholes with exposed iron bar foundations. Water was leaking everywhere. A certain section the ceilings/ walls were partially collapsed and reduced the tunnel to a single lane only. Opposite traffics were fighting with each other at these chokeholds. It was such a surreal and apocalyptic driving experience.

During the ride Graham rolled down his window, we both yelled at him “What the f#@* are you doing?” 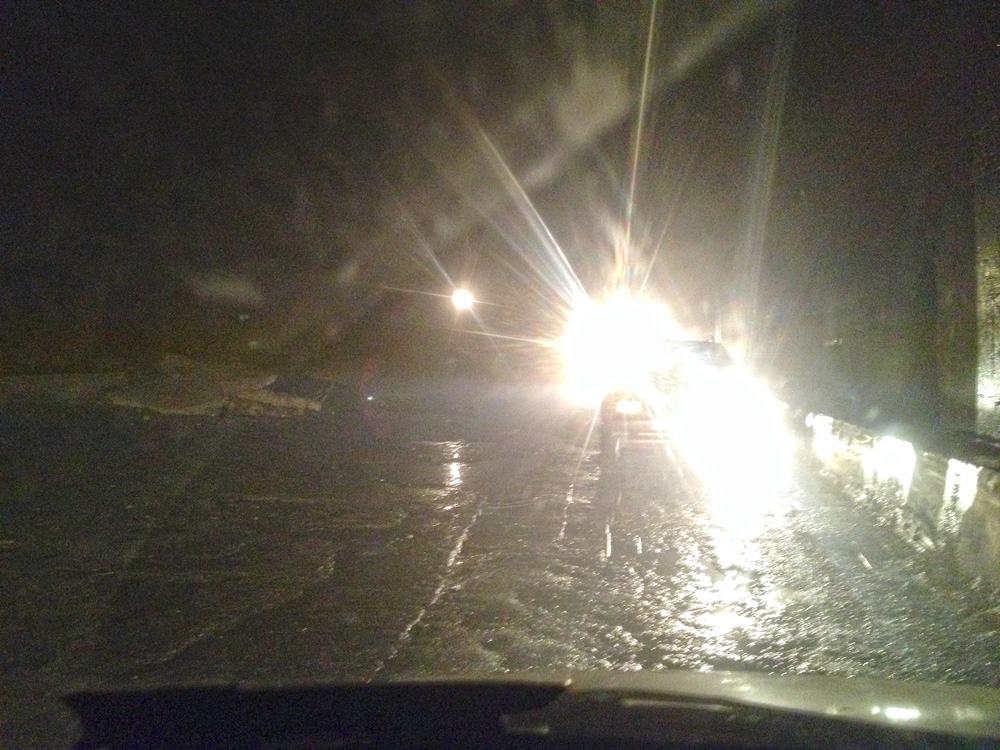 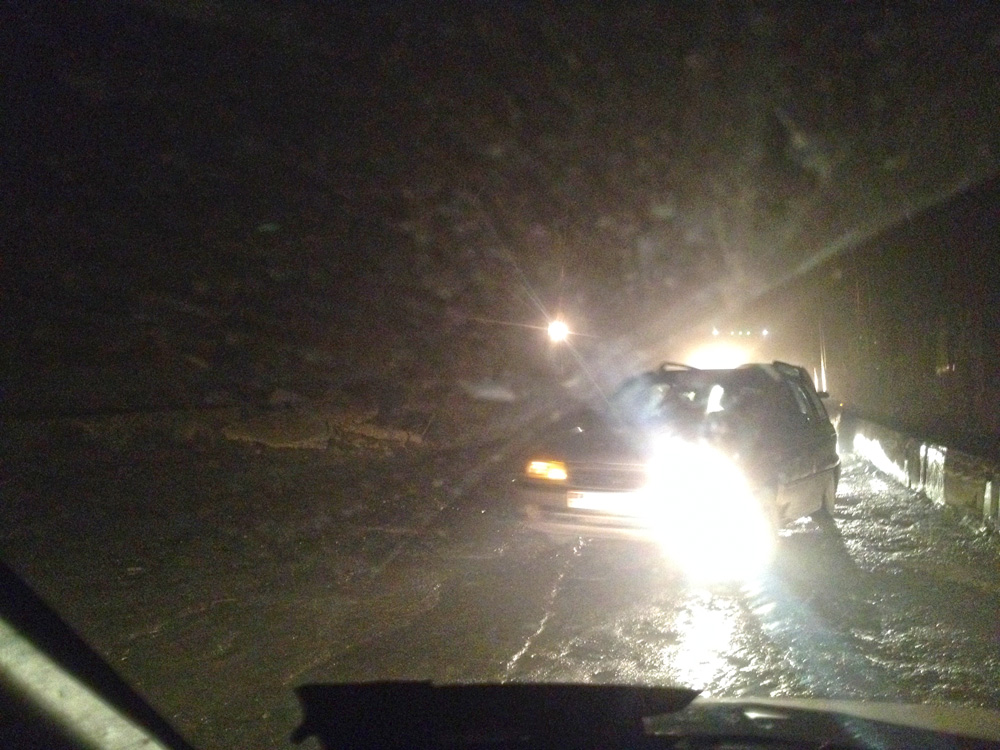 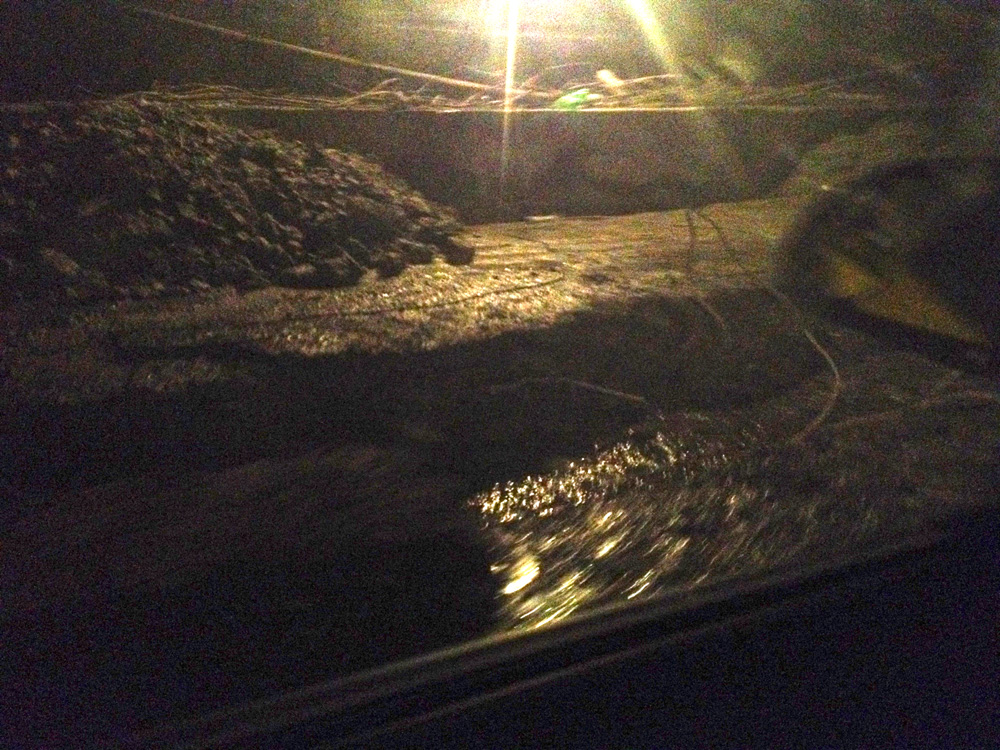 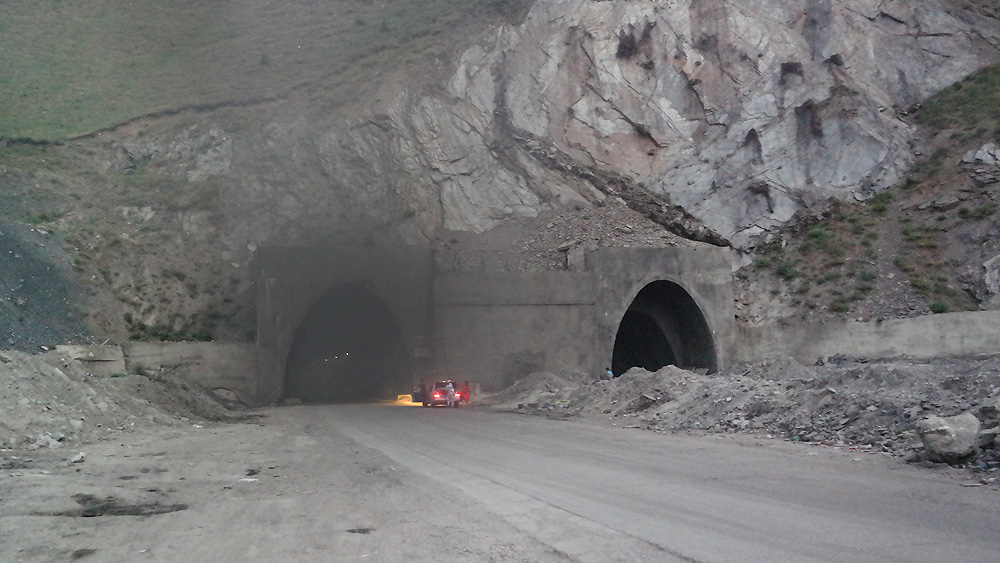 The above picture was taken when we finally exited the Tunnel of Death. It took us around 20 mins- 45 mins. We didn’t really timed it. When we exited we instantly got out of the car and took the deepest breath in my life. It felt like a century had passed.

The Wikipedia’s description of Anzob Tunnel of Death is very accurate:

“The tunnel is currently filled with water, car exhaust, and broken-down construction equipment. The road surface itself contains potholes large enough to break an axle. A solitary fan in the middle tries to move some air, but the exhaust is so thick you can only see mere feet in front of the vehicle. A breakdown in the tunnel could easily result in serious illness or death from carbon monoxide poisoning.”

After surviving the horrendous Tunnel of Death we drove until nightfall. We circled around and tried to find a camping spot but could not find any- there were no shoulder along these twisted mountain roads plus it was already very dark. Finally we arrive at the small Fan Mountain town called Anyi.

We got some barely cooked lamb shashlik for dinner and washed them down with beer- fake Belgian “Duel” Duvel and authentic Russian Baltika. We stayed at a Mymarhana (guesthouse) located behind the food stand. We paid 30 Tajikistan Somoni per person (roughly $6 USD each). 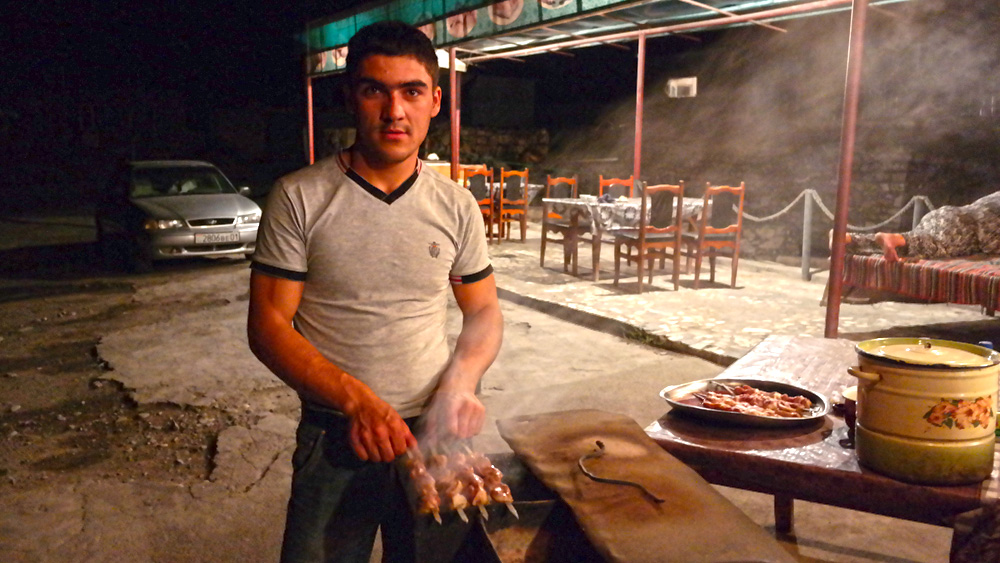 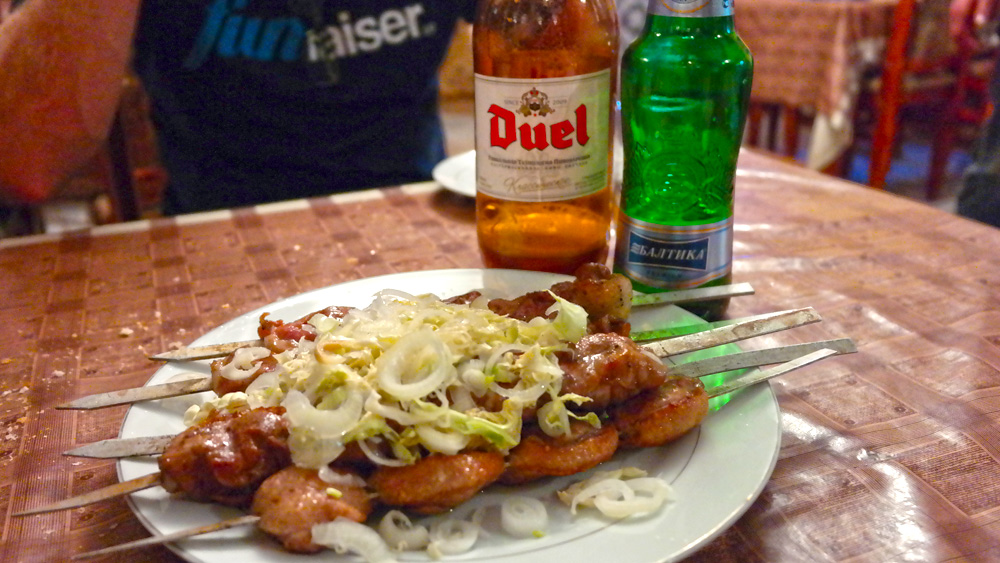 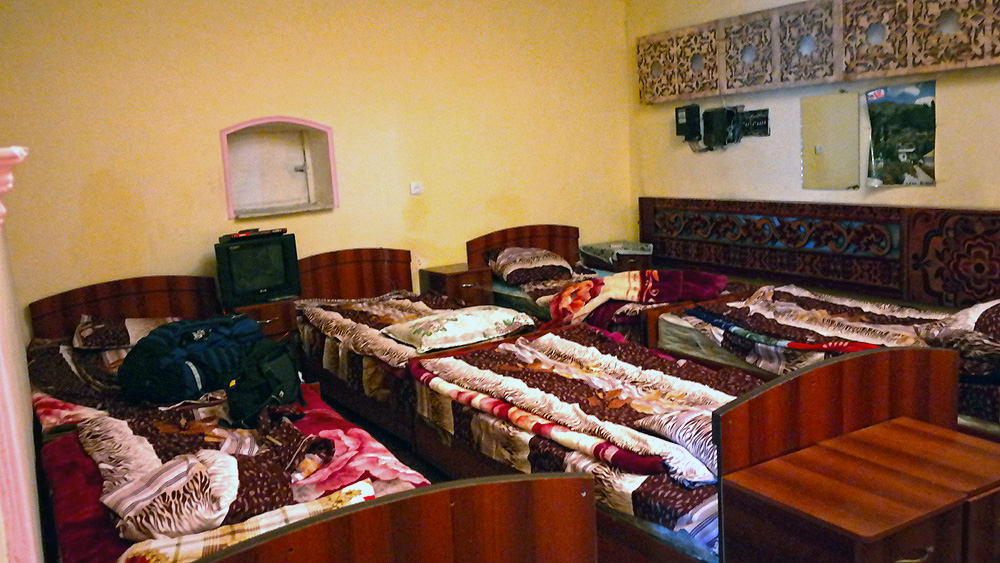