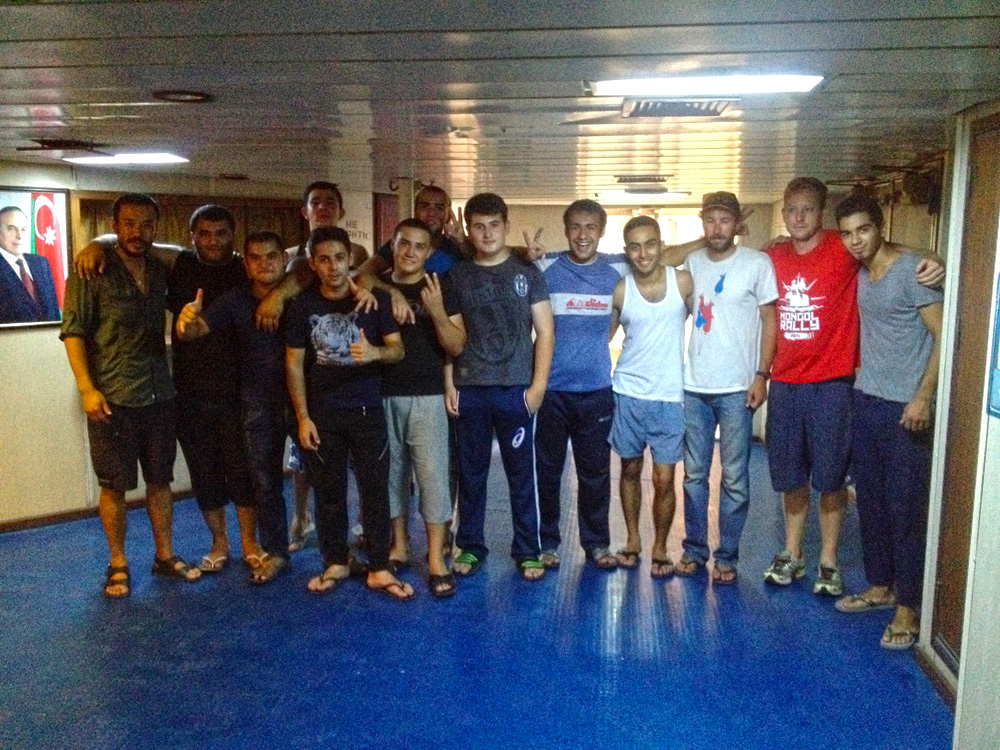 The entire day we just wandered around, stared at the horizon of Caspian Sea and thought of people’s lives in this part of the world. We, Graham, Young and myself are the lucky ones. Because of our nationality we are able to visit lots of countries without visa.

Travelling along the Mongol Rally Southern route we visited whole bunch of ex-Soviet Bloc countries. Without proper visas, the destinations that these countries citizens can travelled to are highly limited. I felt very lucky and privilege that I got the opportunity to be on this boat, welcomed by locals and shared pure laughters. 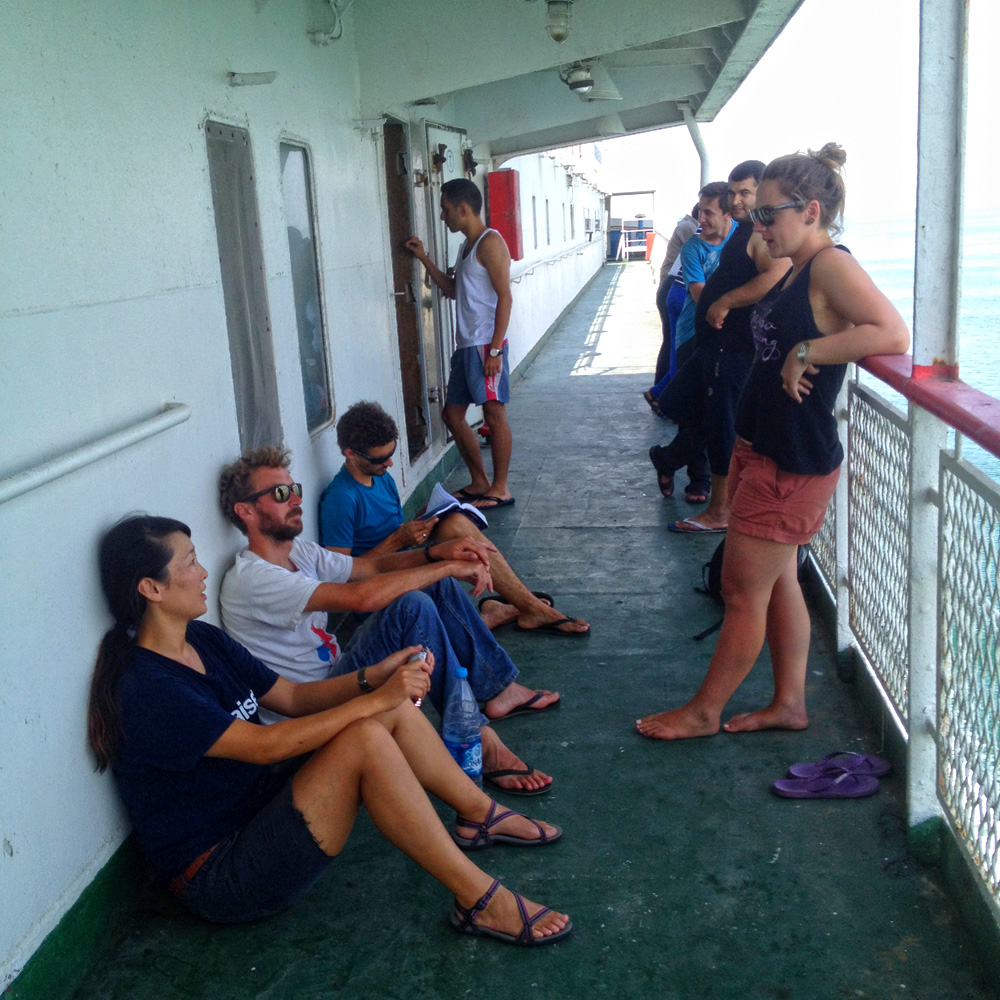 Finally we arrived at Turkmenbashi, after 18 hours of ferry ride. 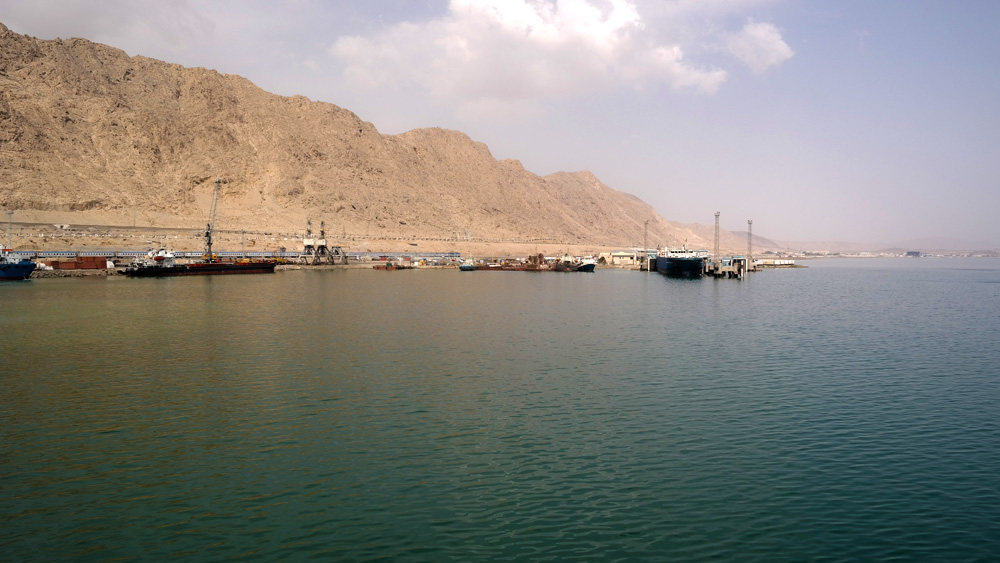 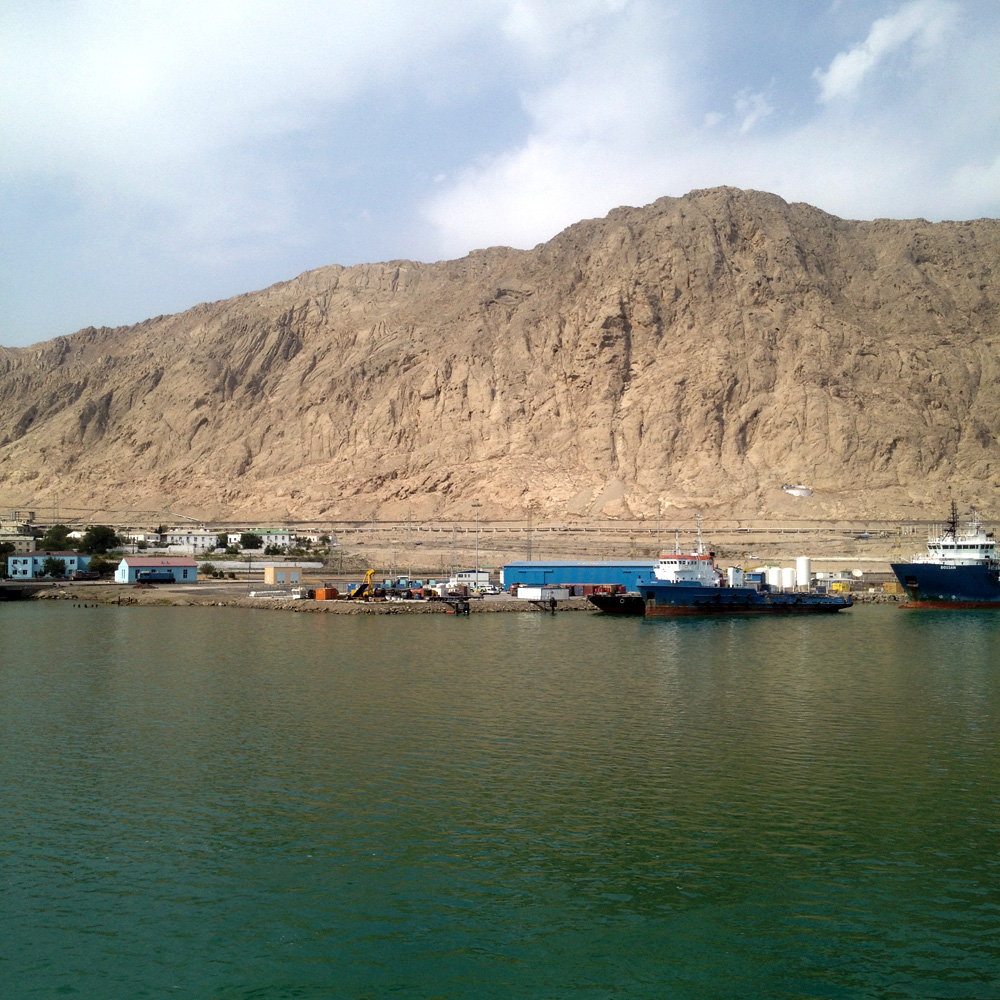 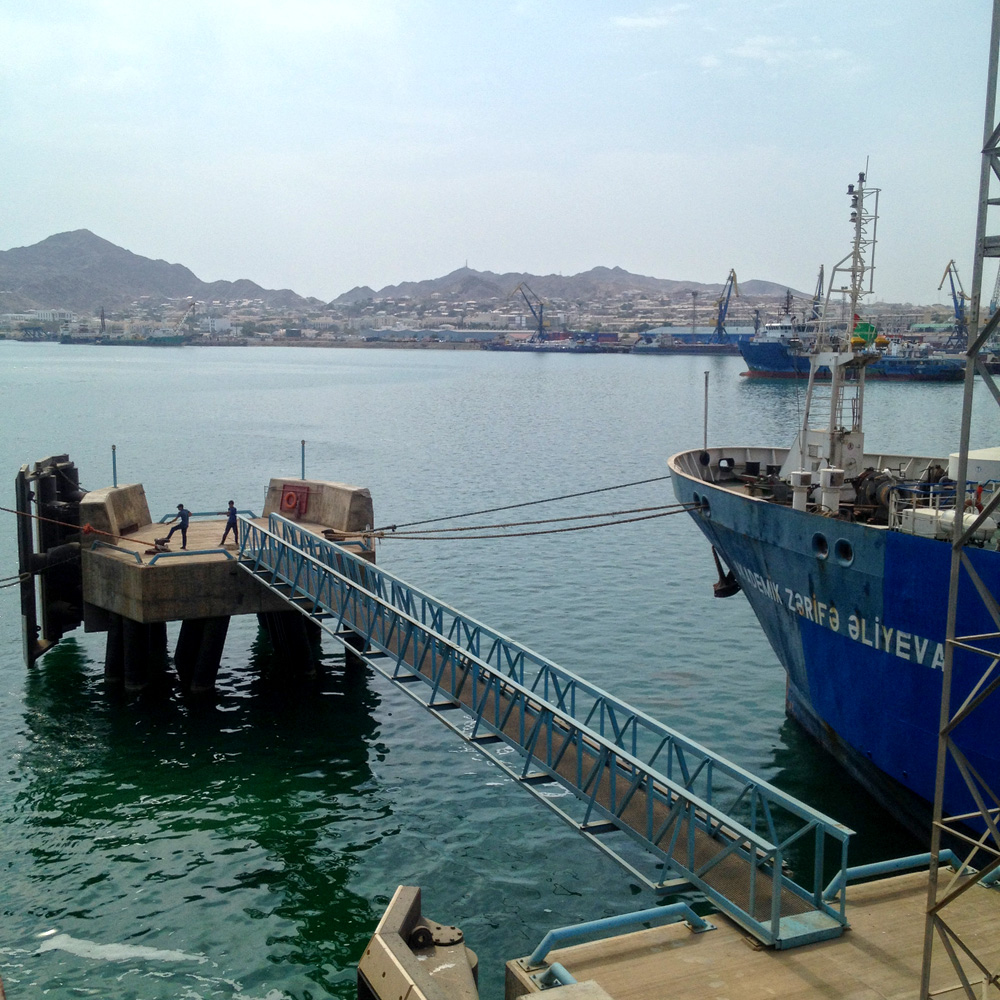 The group pics with all the new friends we met on the Caspian Sea Ferry. 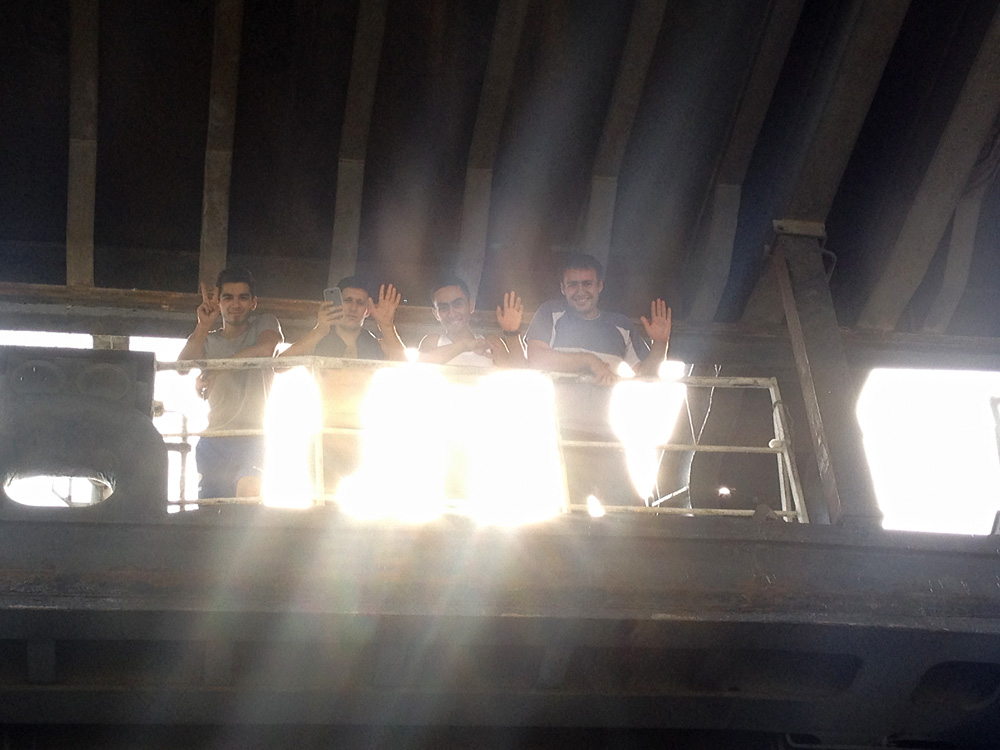 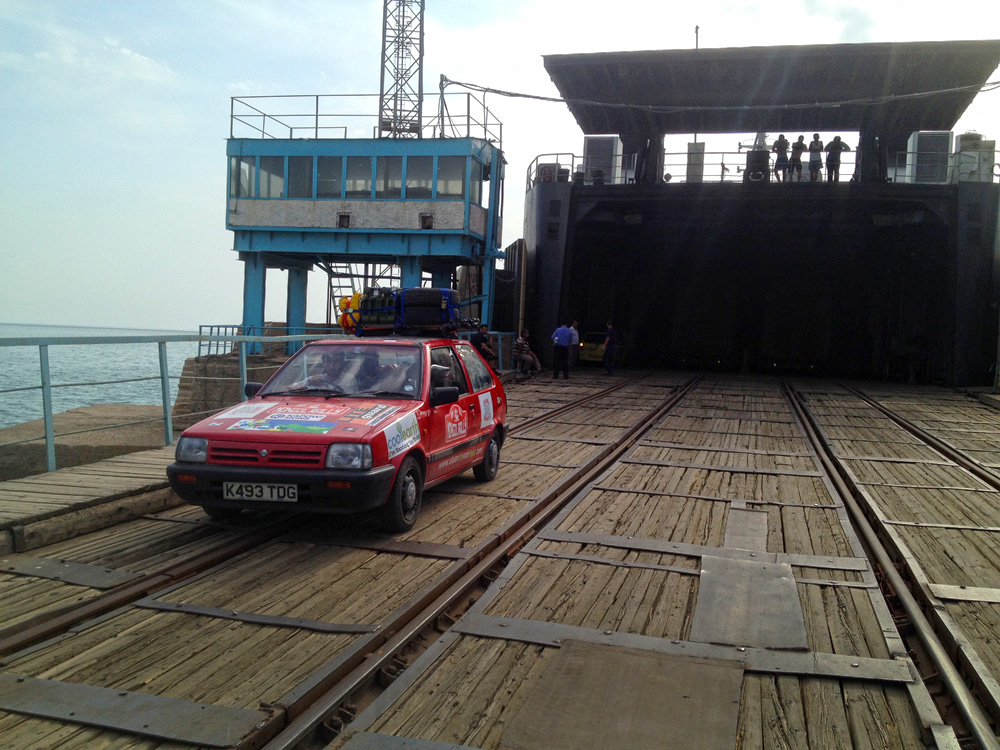 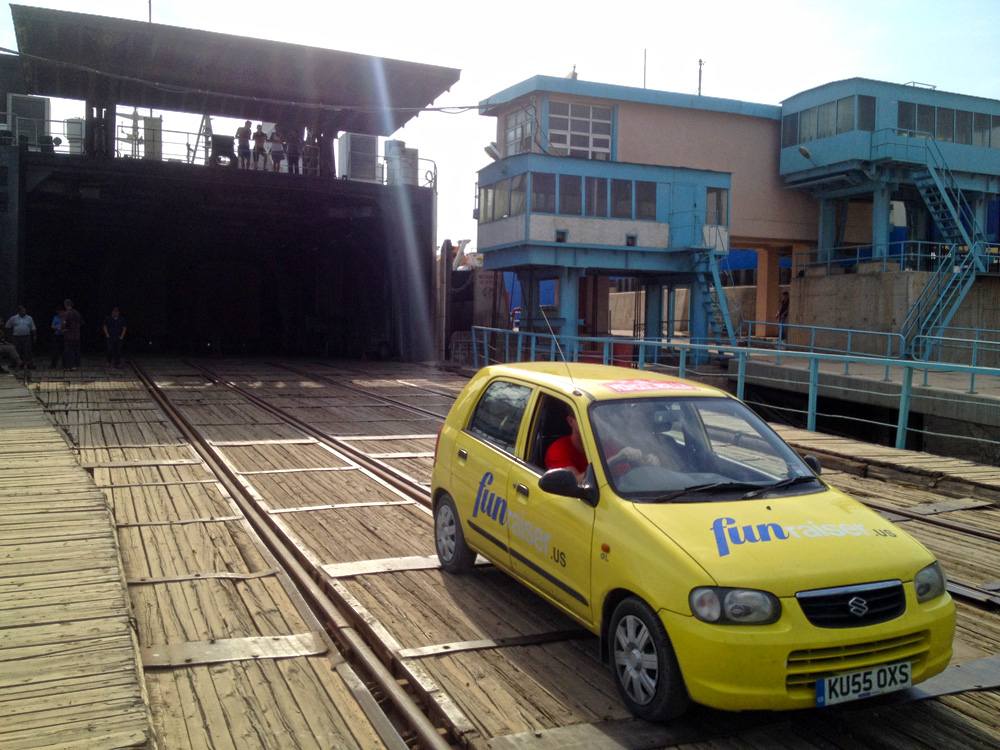 The ride of the ferry lasted about 18 hours. We boarded the ship around 7:45pm yesterday. The ferry arrived at the port of Turkmenbashi around 4:00pm but we were not allowed to get off yet. We had to wait until all the cargos were unloaded.

Finally, at 5:50pm, they let us get off the ferry. This part of Mongol Rally realy tested your patience. 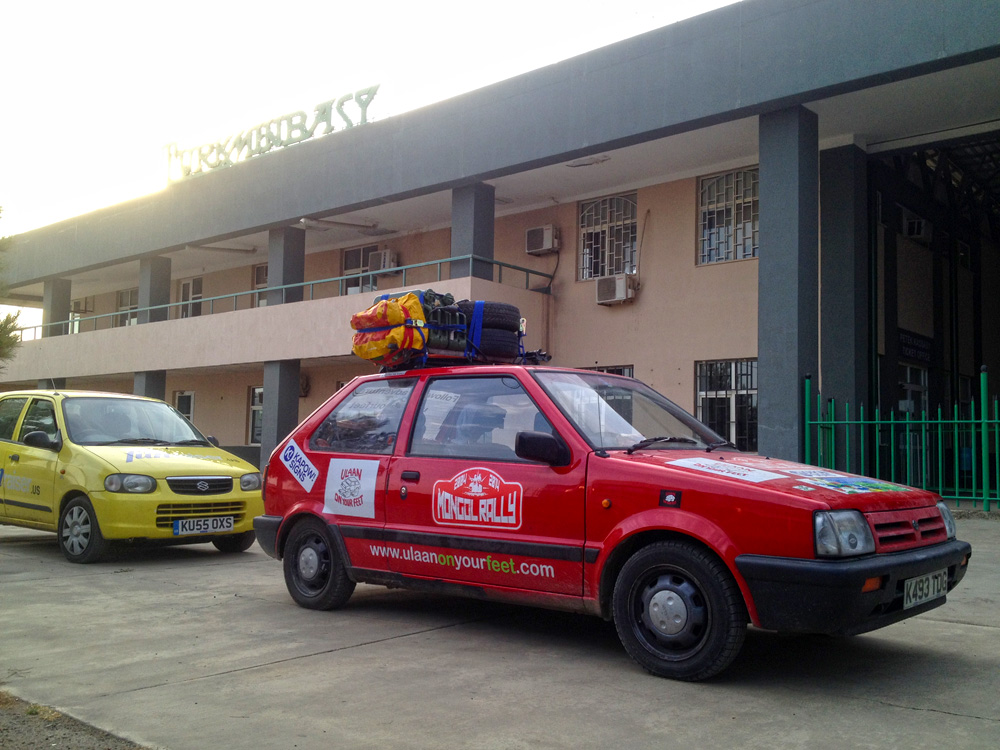 We spent 3.5 hours at the Turkmenbashi customs. For those of you who were interested in the 15 steps process you can visit this post by a fellow Mongol Rally team from last year. It was more or less the same experience for us.

Graham and Hamish had to go back and forth between 7 windows for numerous times, mainly to complete the long bureaucratic paperworks of entering our cars to Turkmenistan. We heard a lot of peoples complaining the long process. Was it long? Yes it was highly inefficient, but in the same time Turkmenistan really didn’t want us to be there, so it was understandable.

When we were released and officially entered the country it was already 8:15pm. It took us almost 3.5 hours to cross this border control.

Here I wanted to state that the officials at the Turkmenbashi are OK friendly, and we had never been asked for bribes. It is the system, not the people that caused the fuzz. A simple “Salam” and “Sag Boluň” (sahg-bol-ung) to show respect will get you a small smile. 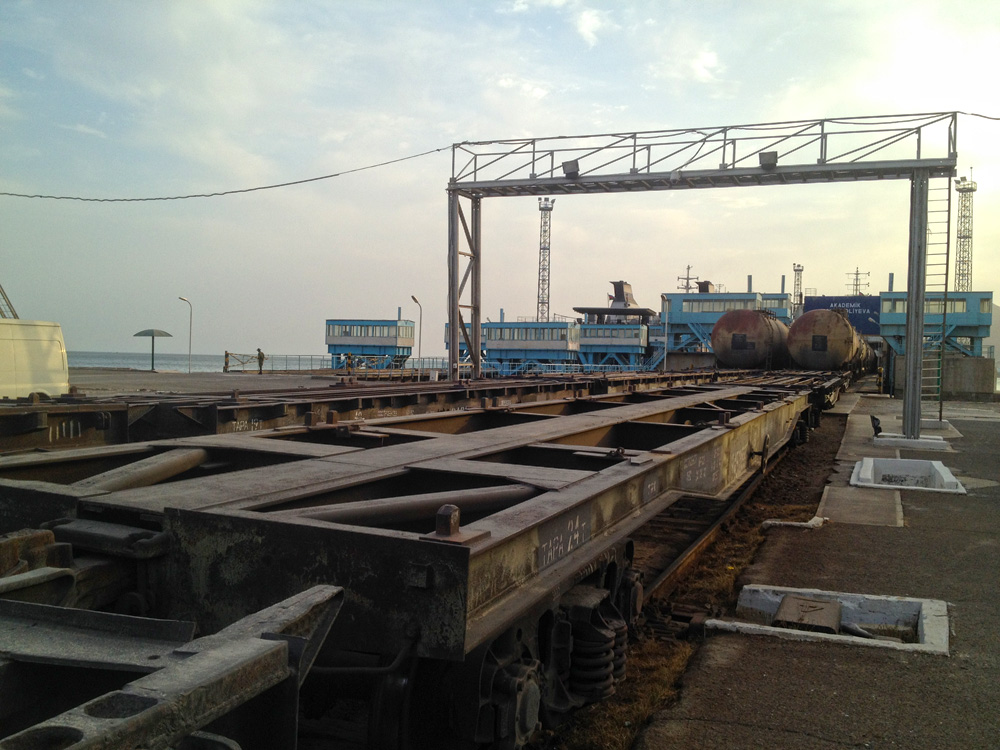 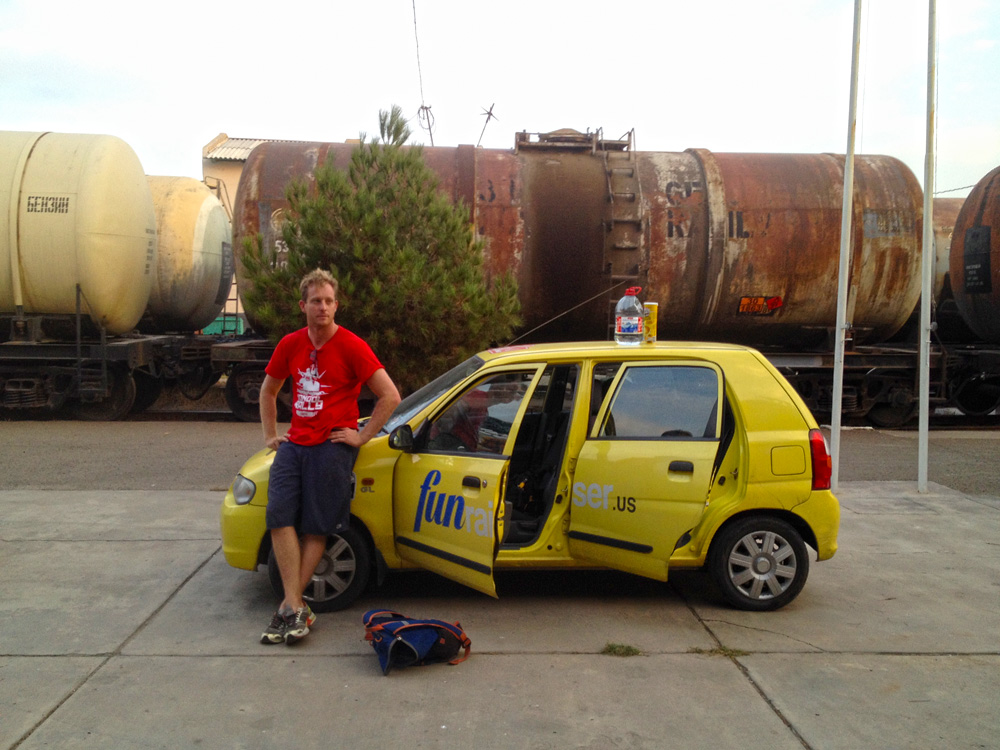 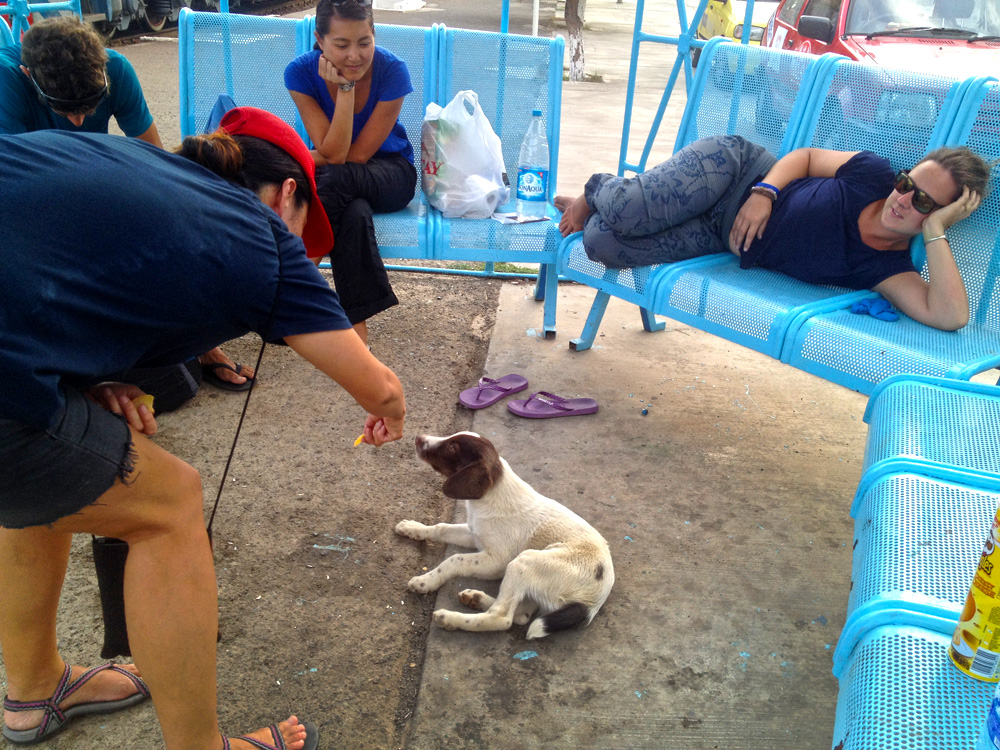 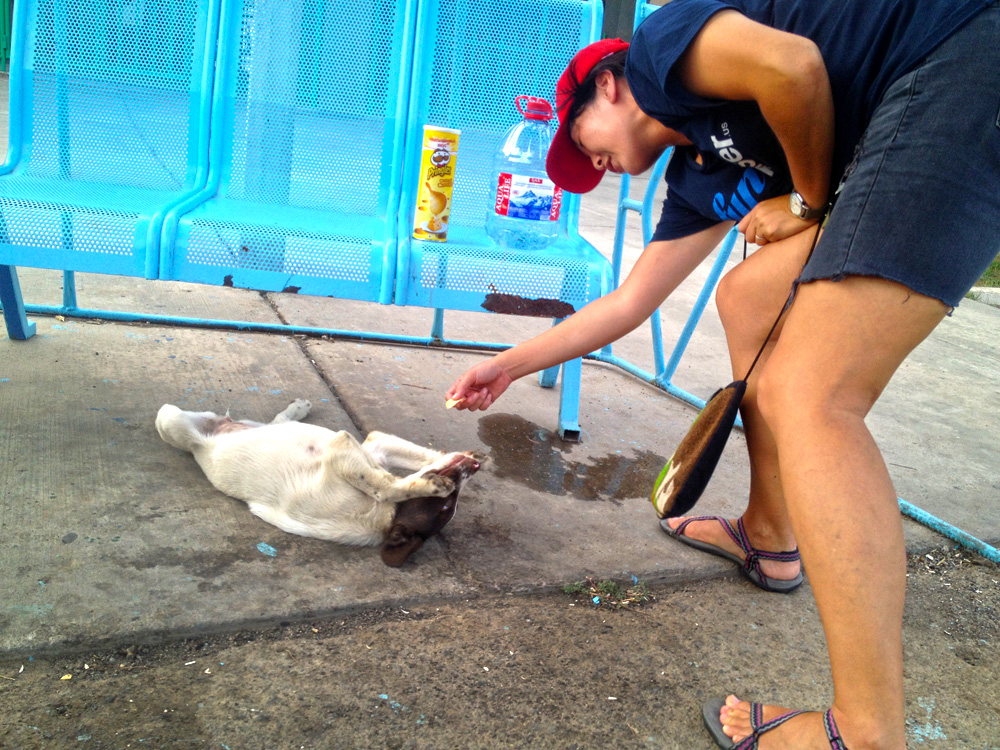 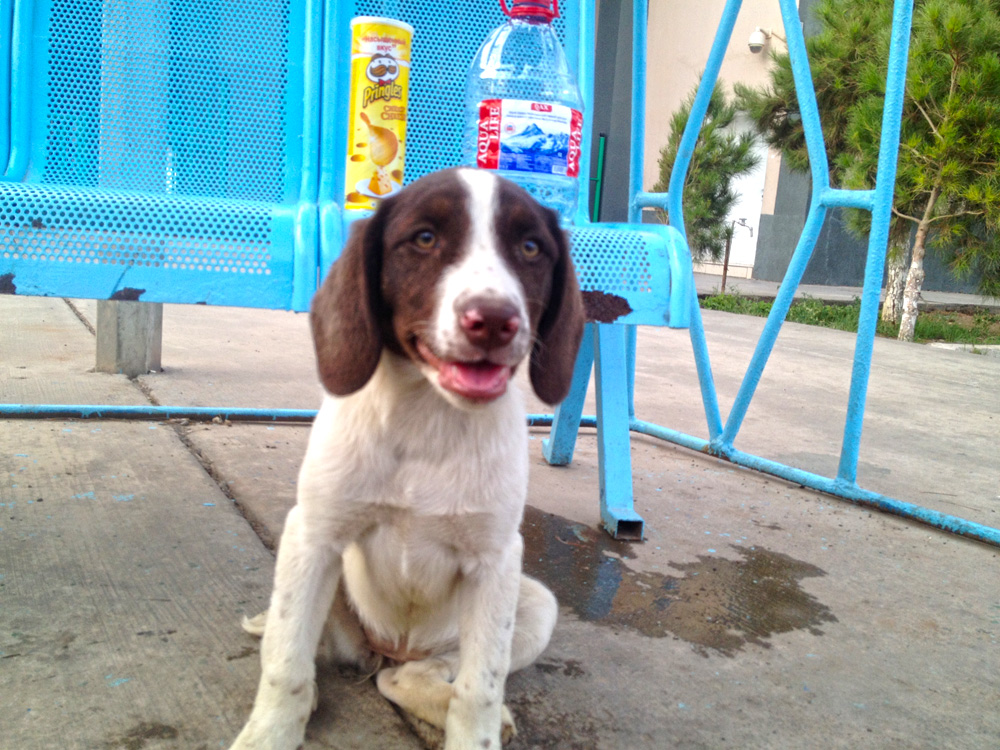 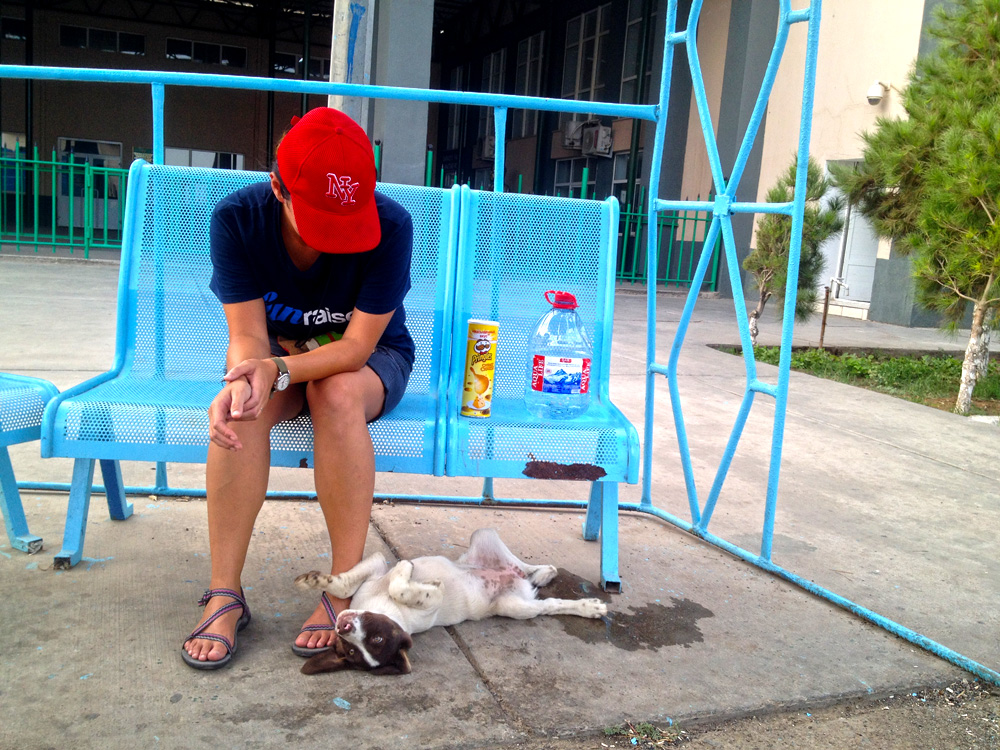 Thankfully we met a cute dog. It was taken care of by a border guard.

The border guard was wearing 2 layers of military uniform standing in the 100 degrees scorching sun of Turkmenbashi without any complaints. 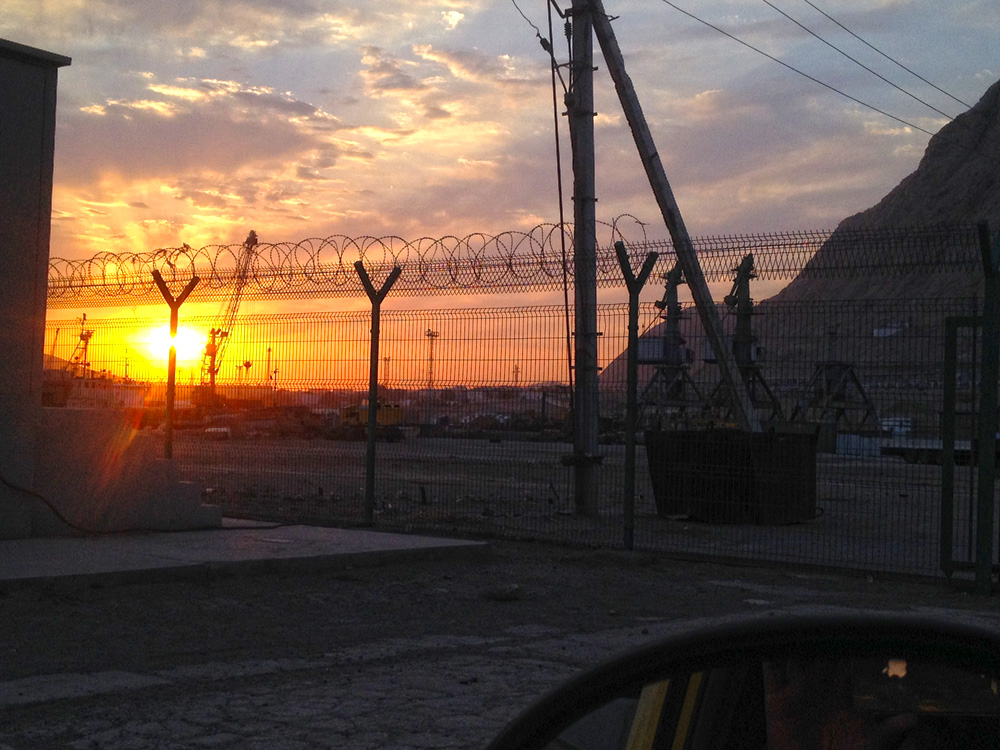 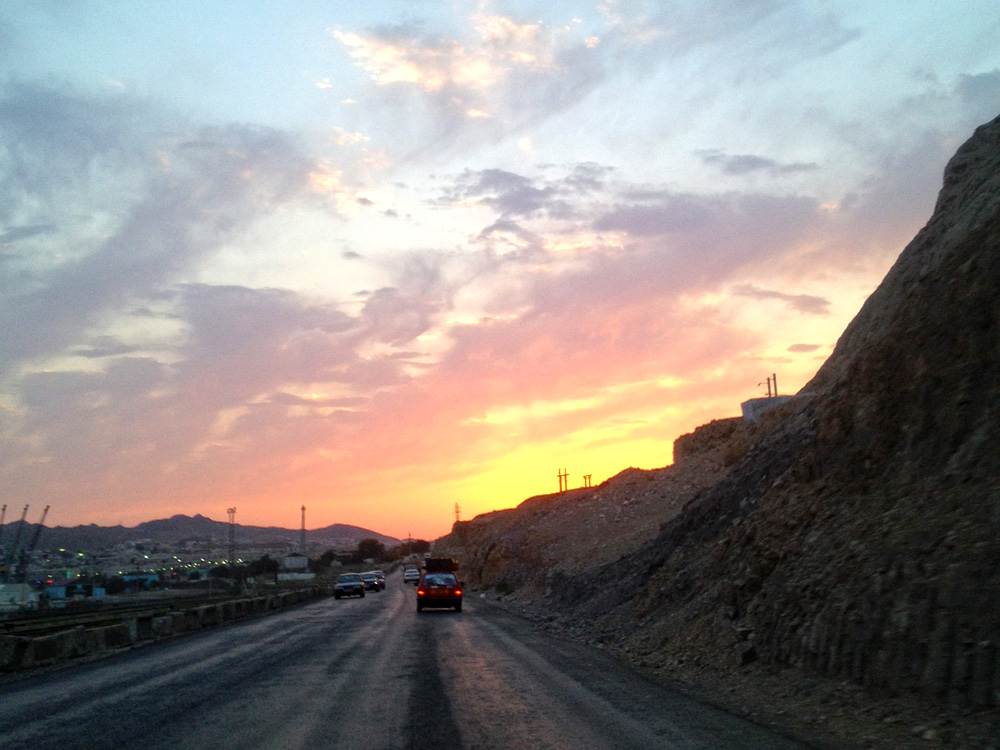 Turkmenistan, a mysterious country I don’t know much about

Once we exited the border control gates we were greeted by local Turkmen drivers, all of them honking and waiving at us with smiles. I felt very welcomed in this supposed to be one the most closed up countries. Some young men stopped their car and offered me vodka shots! Turkmenistan was full of beautiful people, curious of why we were in their land and where we were going. It was an absolutely beautiful thing. All the warm and friendly welcomes restored the humanity in my heart. I lived in New York City just FYI.

We crashed at Turkmenbasy (Father of Turkmenistan) hotel. For 3 of us we paid a total of $77 USD (around $26 USD per person), with breakfast Included. 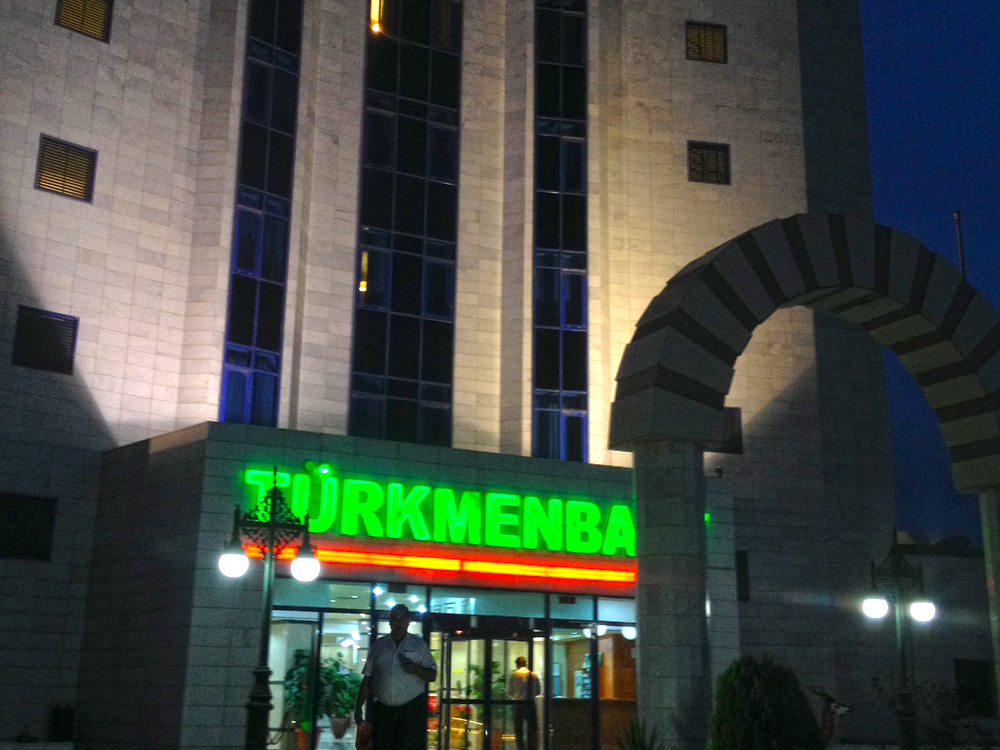 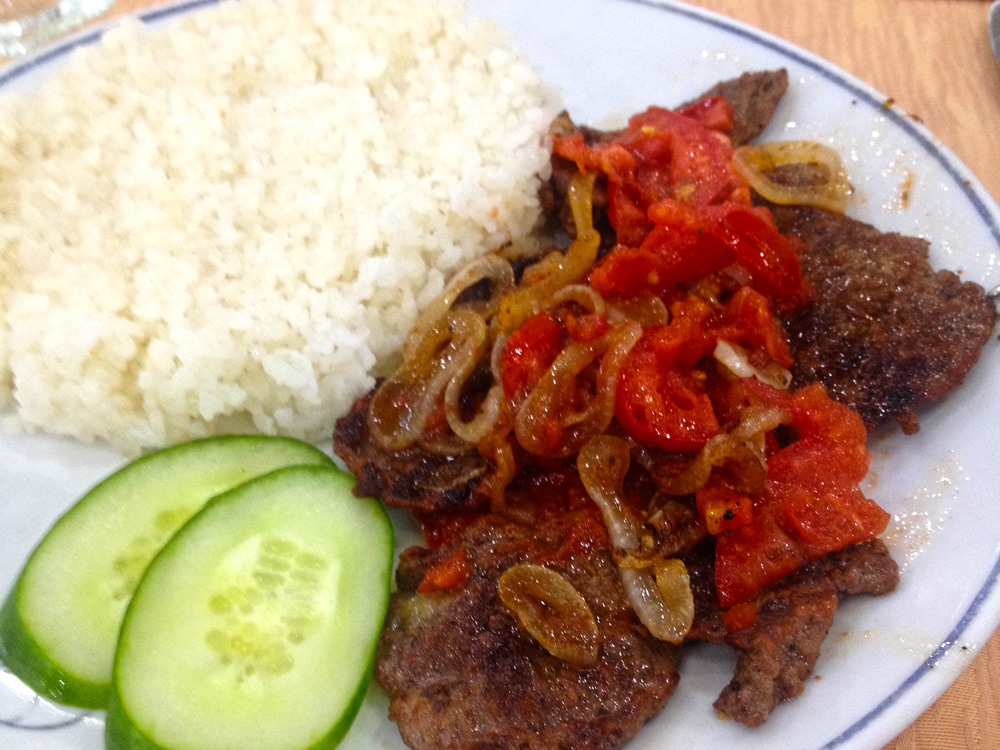 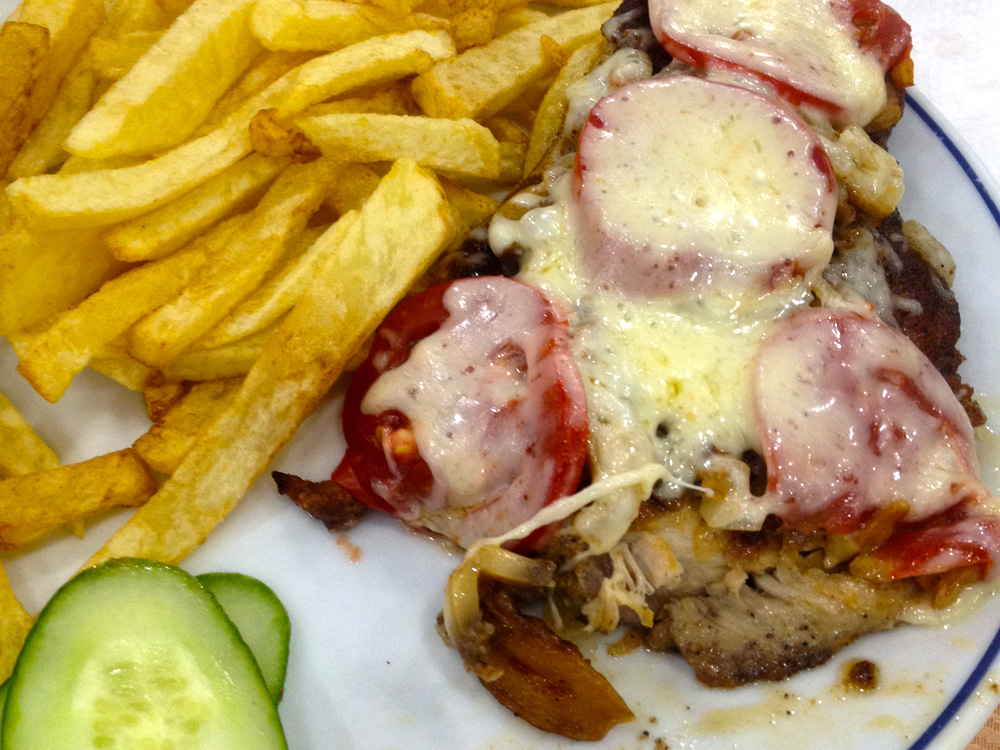