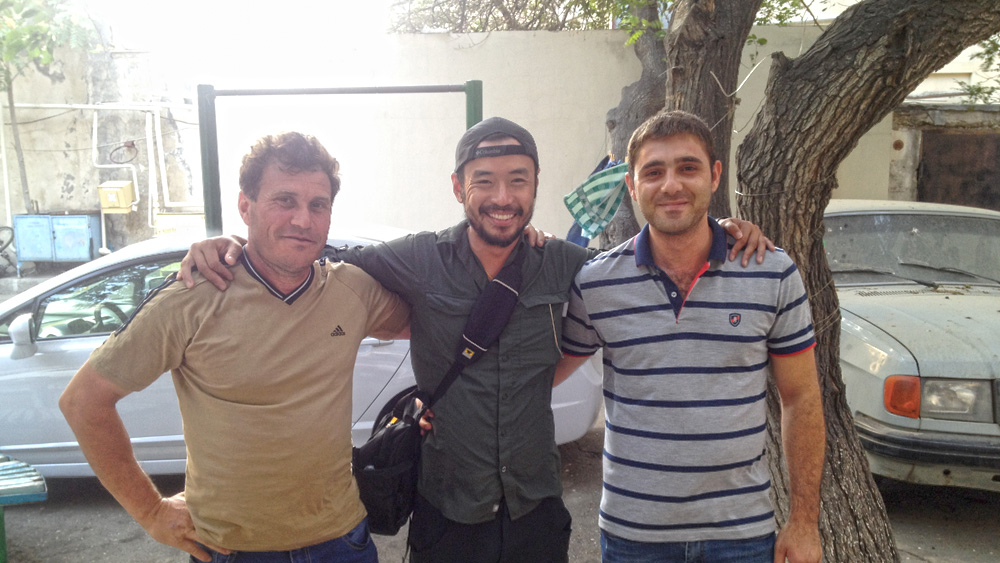 The final one hour drive into Baku is super hot since we have no AC in the car and the sun is extremely strong. We tried to find a gas station on our side but they were all on the other side. It is so hot that Young got very “inspired” by the heat stroke for this song with smooth jazz on Azeri radio: 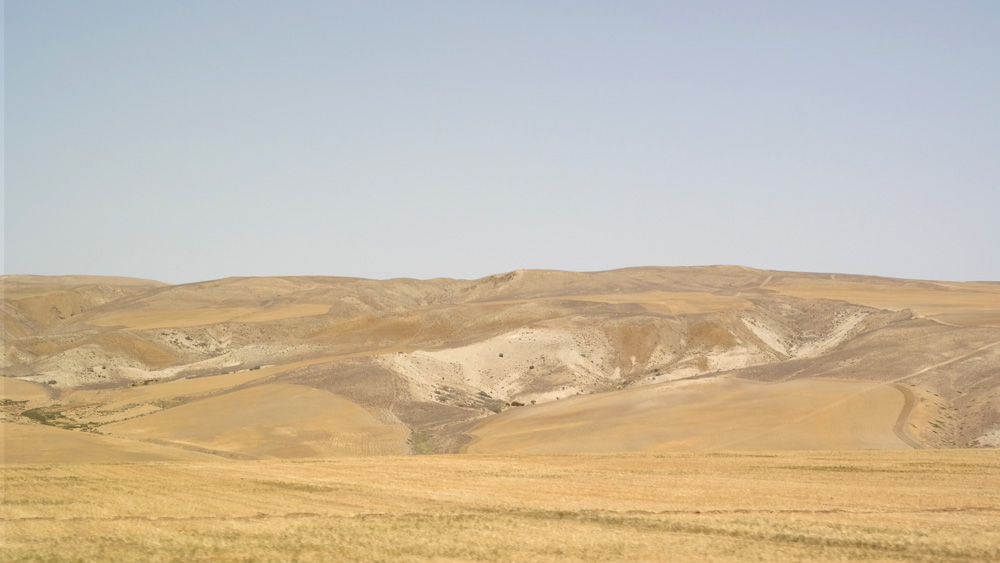 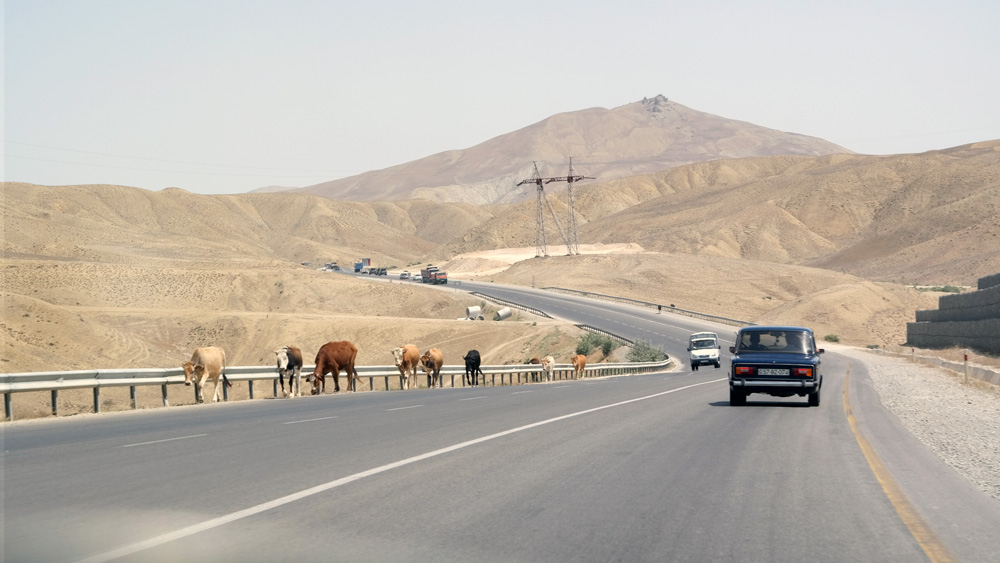 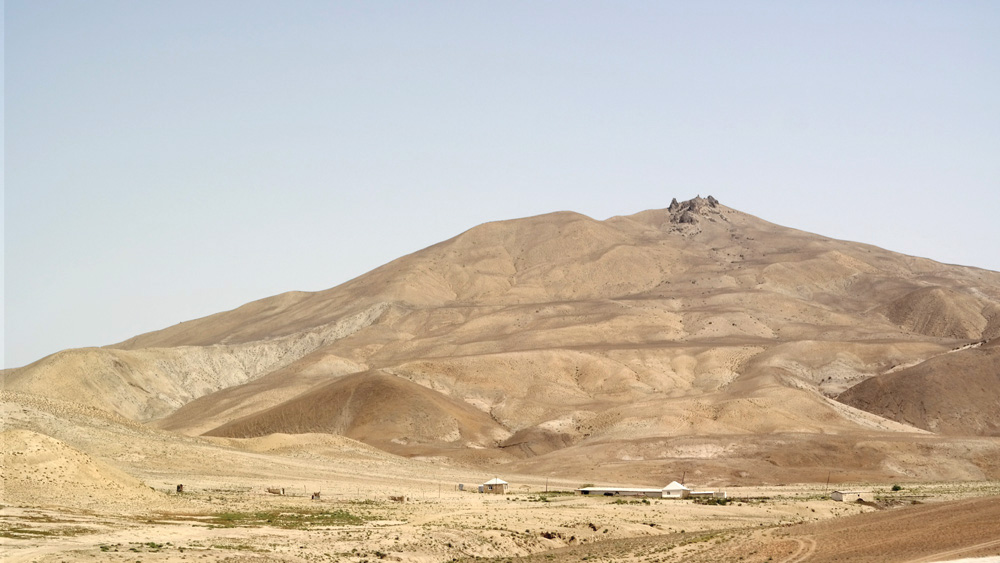 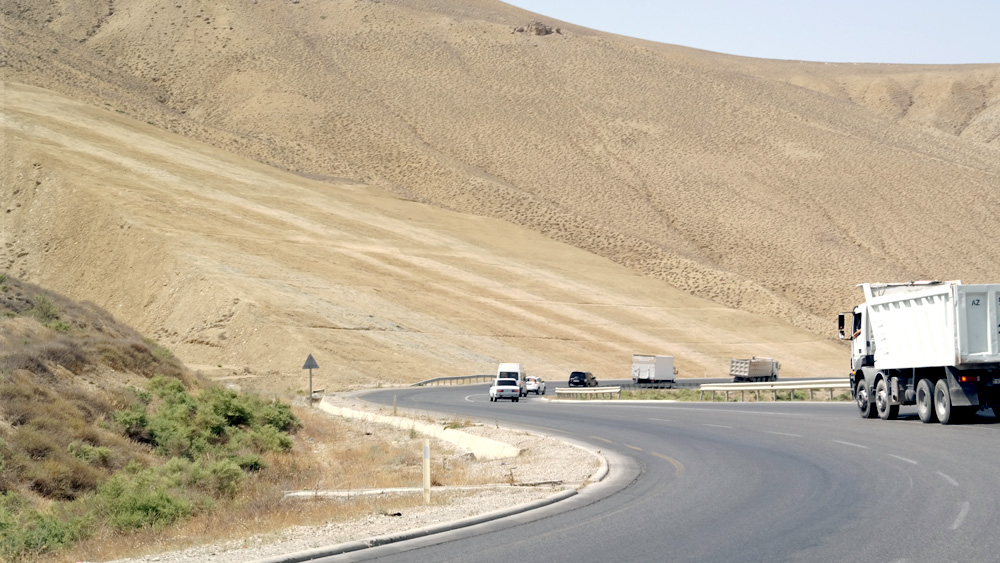 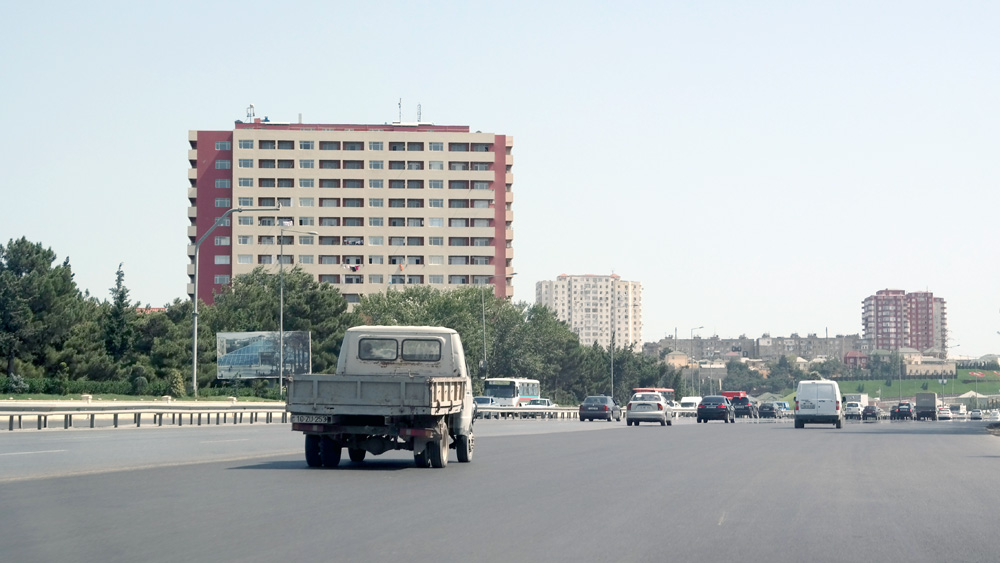 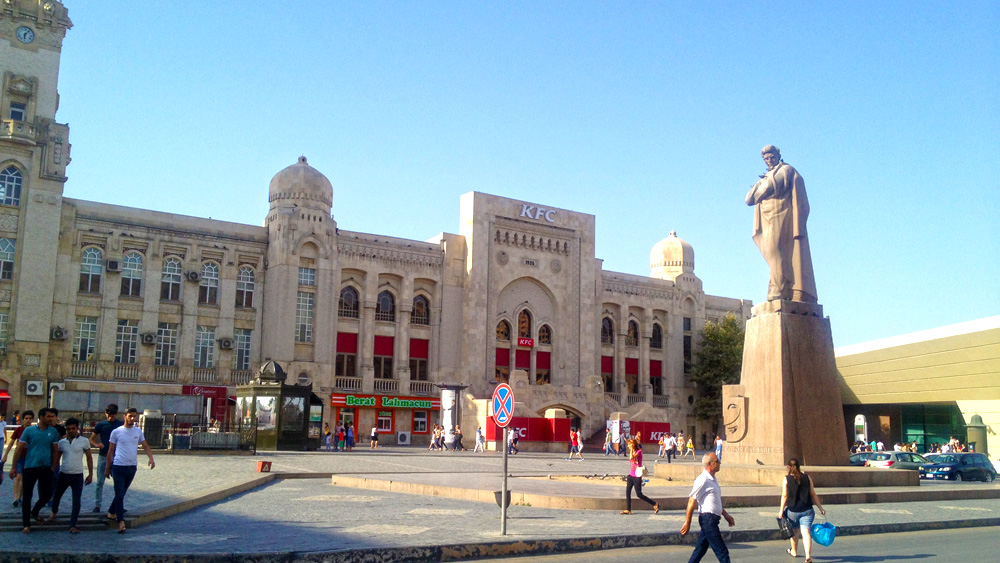 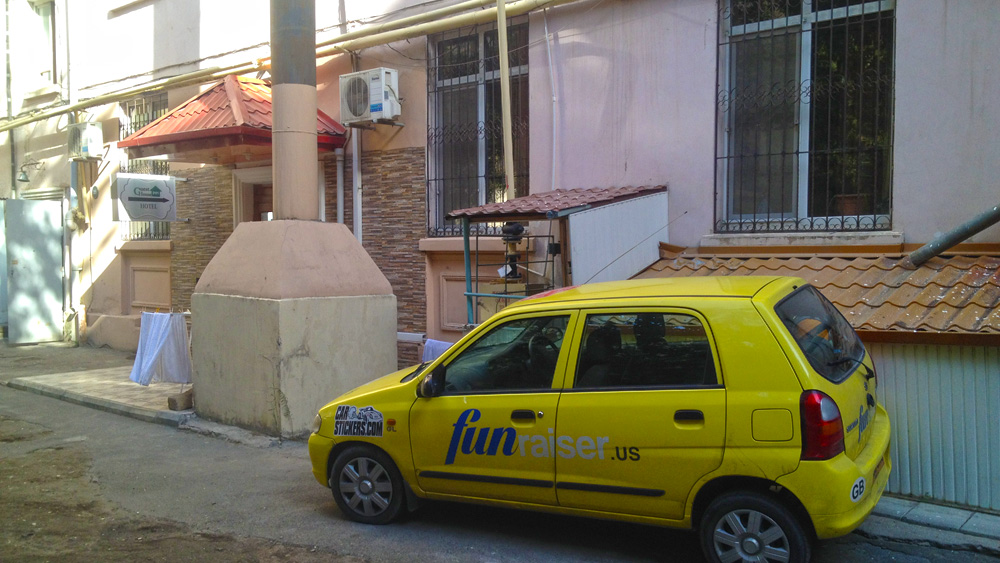 Finally we arrived at Baku, and finally crashed at Guesthouse Inn and Hotel (25 MN per person per night). We arrived around 4:30pm and they only have one room- a triple room but with no shower. Baku hotel is expensive so we decided to take this room. The sun really drain your energy and we are happy at least to have a Air-conditioned room. 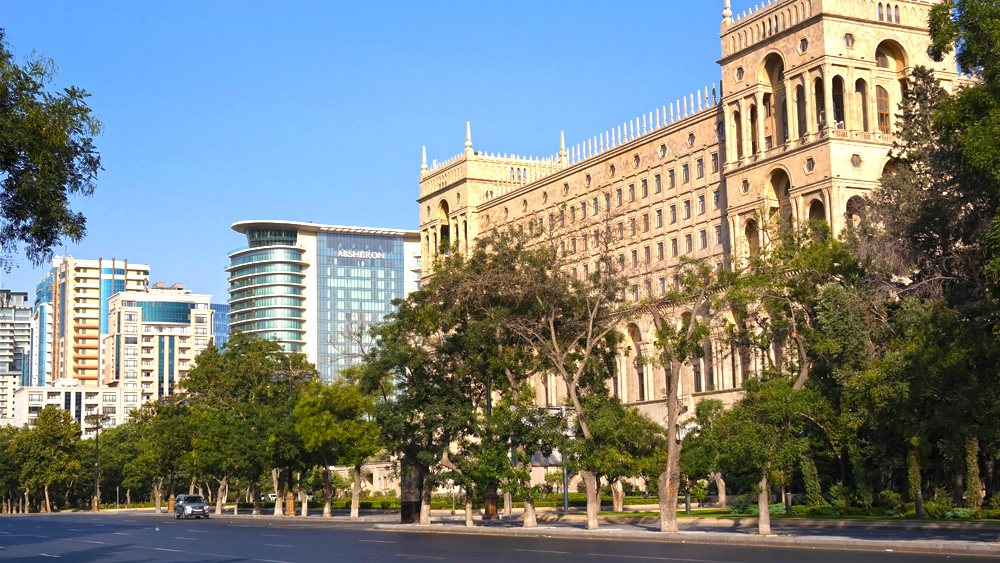 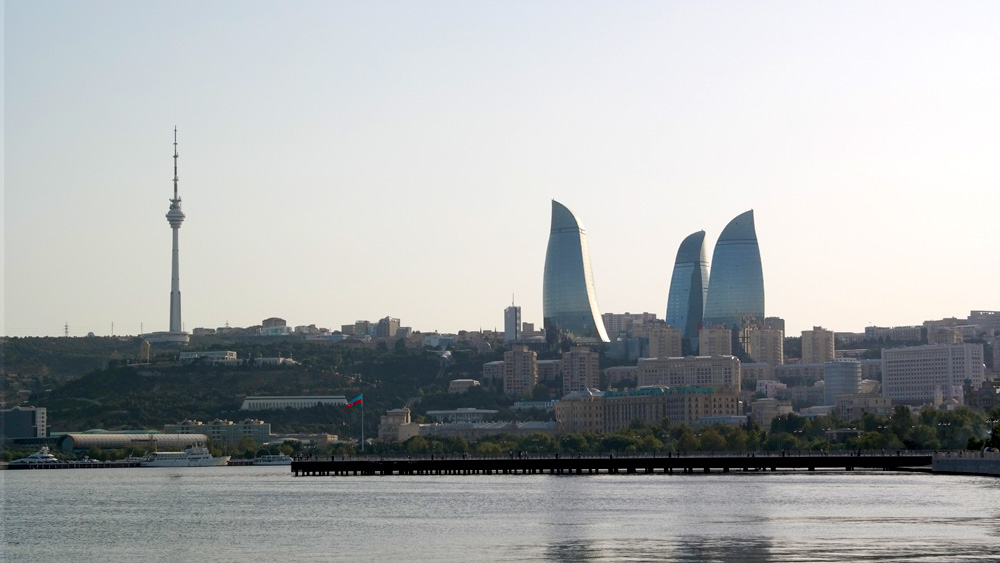 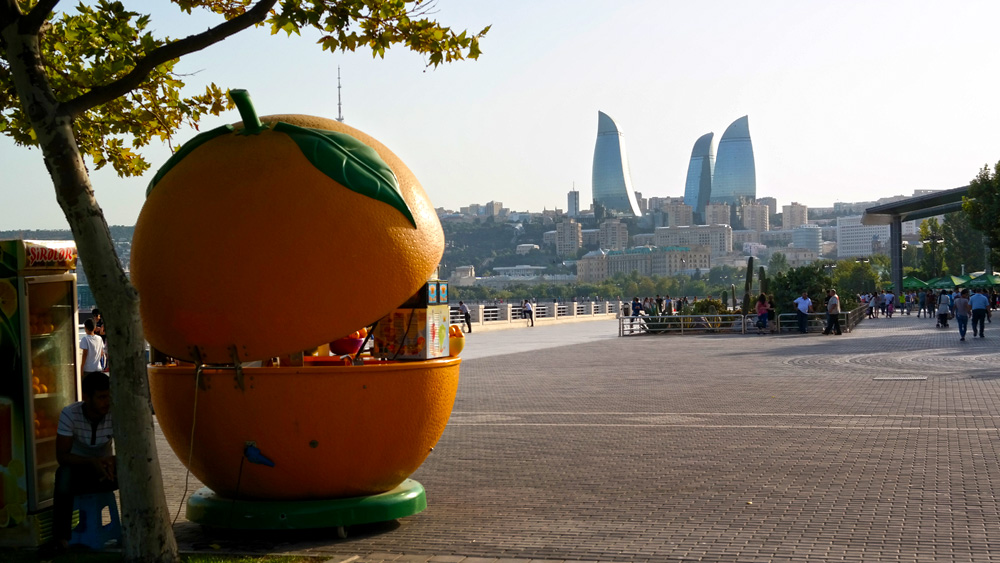 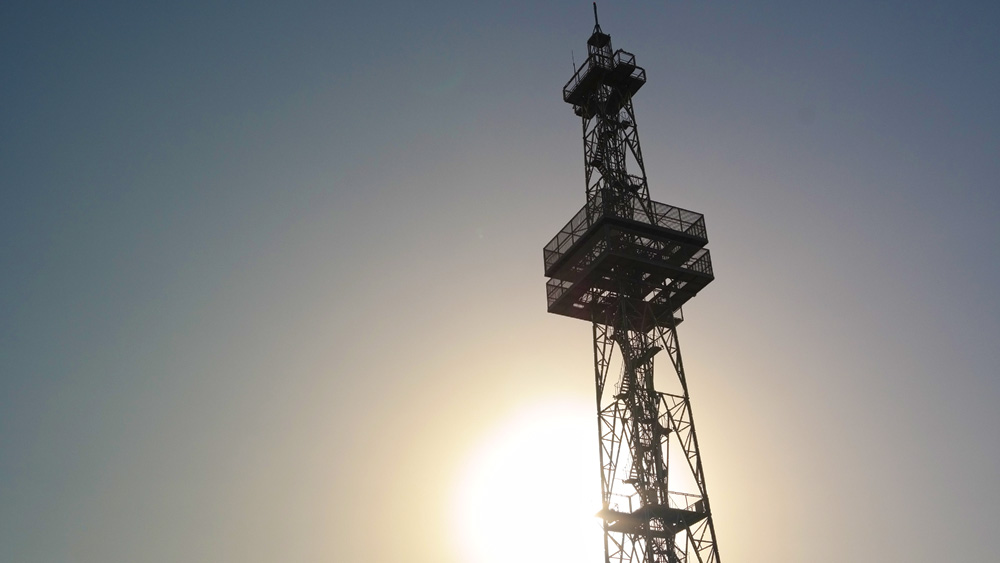 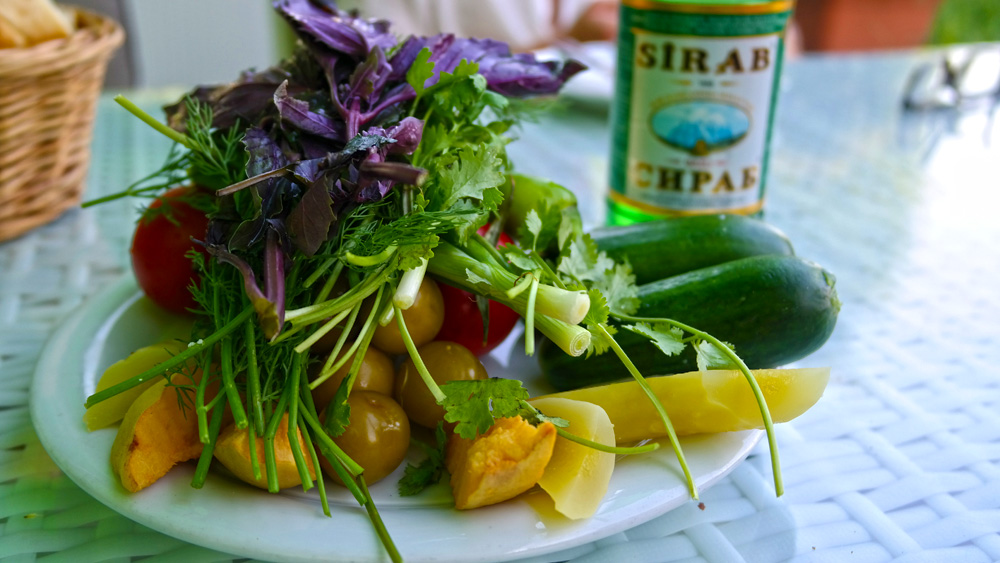 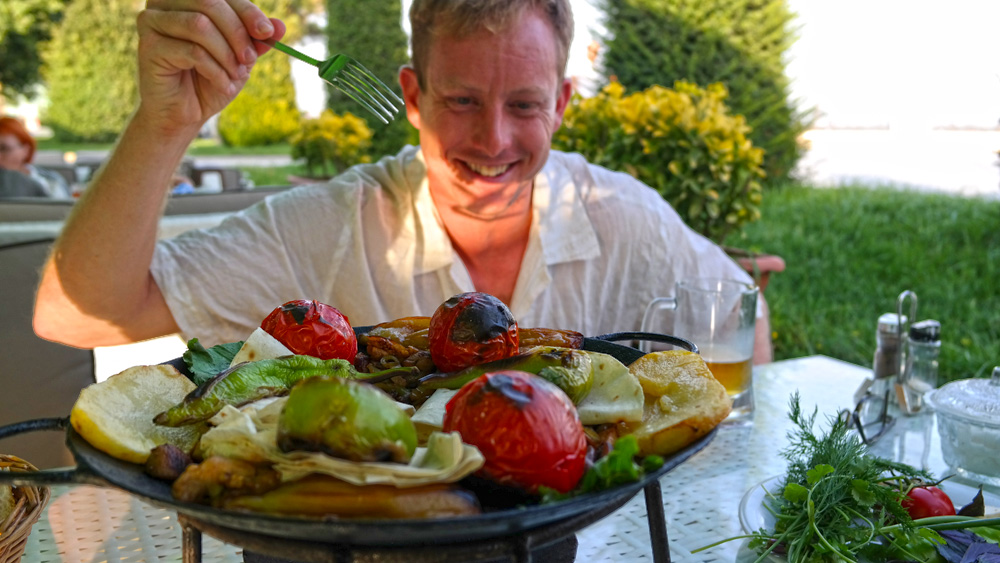 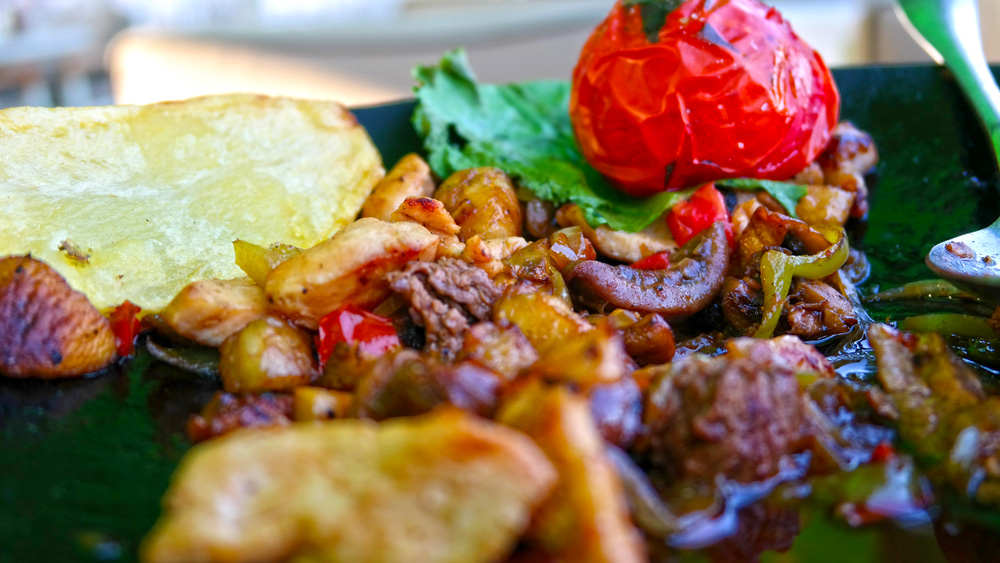 For dinner we walked down to the Denzelioo milliies Park? and ate at one of the open cafe. We ordered Lamb/ Chicken Butt/ Gizzards on an iron disc for 3 person and a salad. The Azerbajan salad is unchopped, in this version included pickled cherries, pickled hot peppers, whole cucumbers, tomatoes, purple basil, dill and other goodies.

After dinner we found out that Ulaan On Your Feet team Tien, Jo, Andrew and Hamish are staying at the same hotel so we bought some beer and hung out at the common kitchen area. It was so great to see another Mongol Rally team! They arrived on Thursday night and have been here for 3 full days already trying to get the ferry tickets to Turkmenbashi. They told us lots of valuable informations about the Turkmen embassy. They waited 6.5 hours to get their visas Turkmenistan 5-Days Transit visas. Hopefully that is not gonna happen tomorrow. 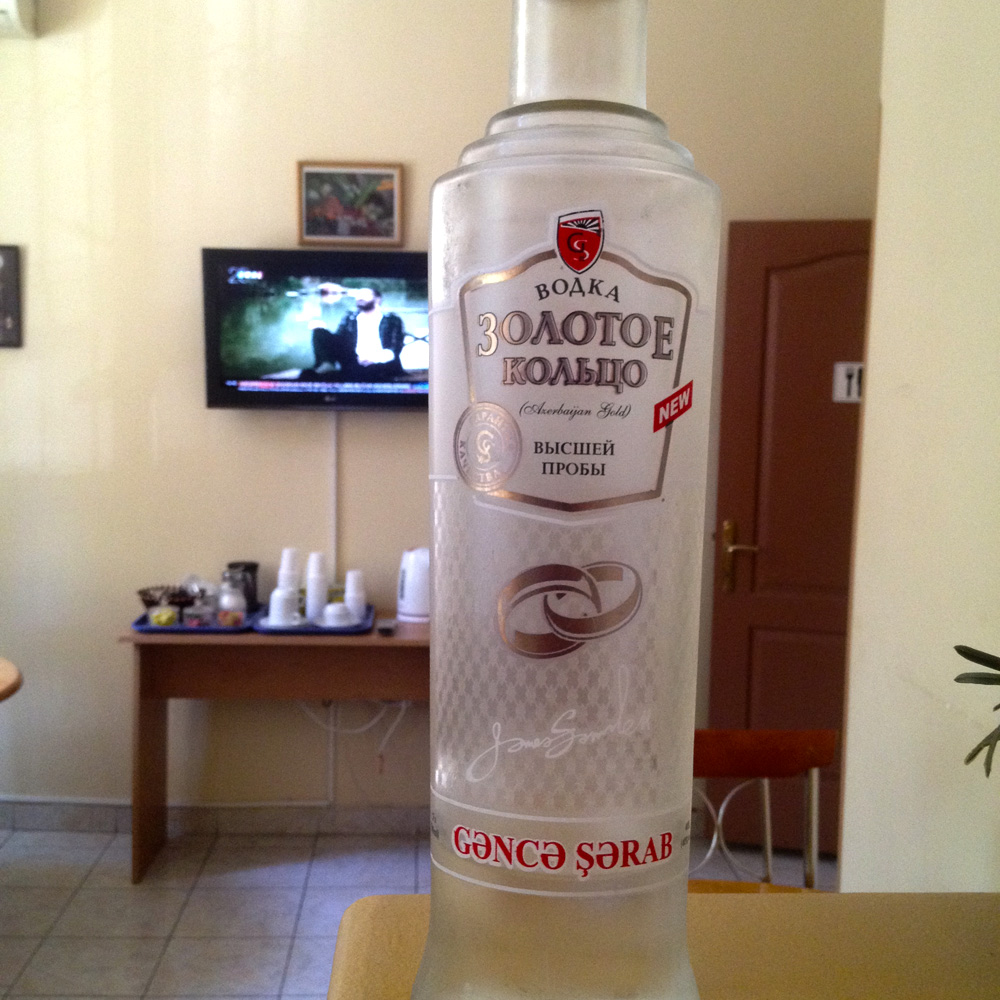 While hanging out we met the Azerbaijan Martin Sheen and George Clooney (or Eric Bana as Jo called him). They worked for the hotel and their job is to stay all night as security for the hotel. We offered them some Georgian Cha-Cha. In returns he actually went out and bought an Azerbaijan Vodka and we starts taking shots with each other. It was a fun night and you know what happened next ;-)