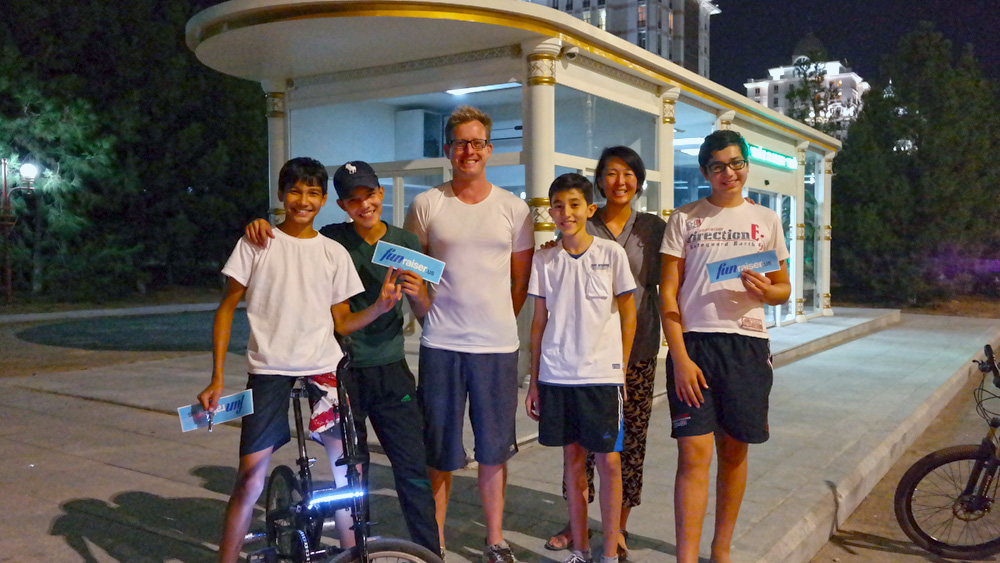 We checked out from the hotel around 9am and started the scorching and rough drive through the Karakum Desert to Ashgabat. 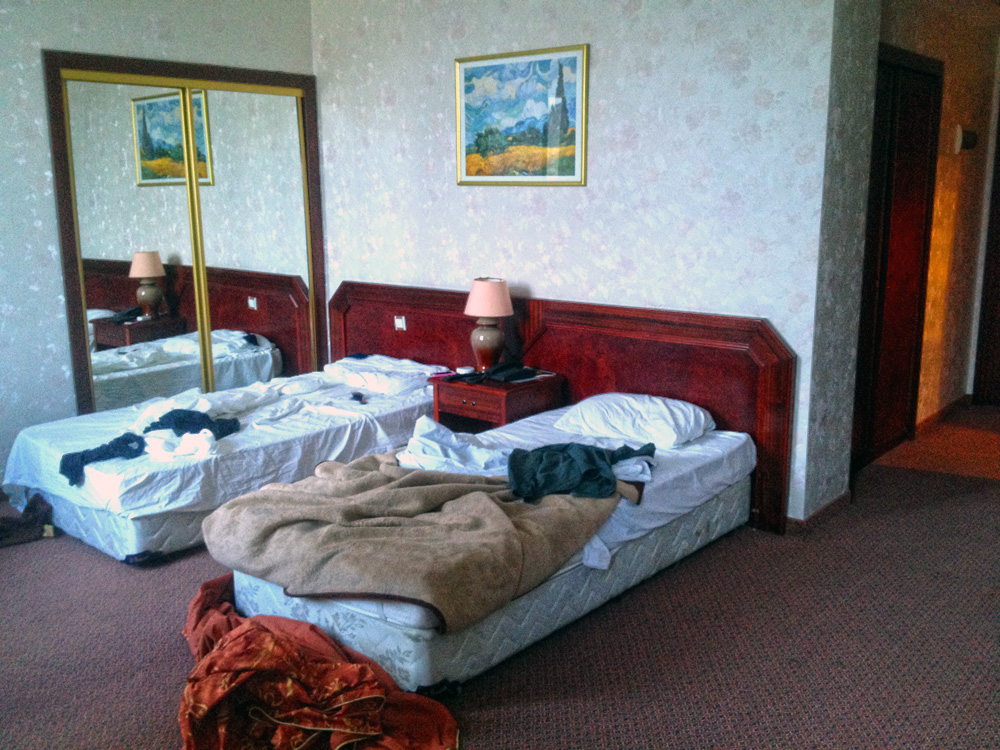 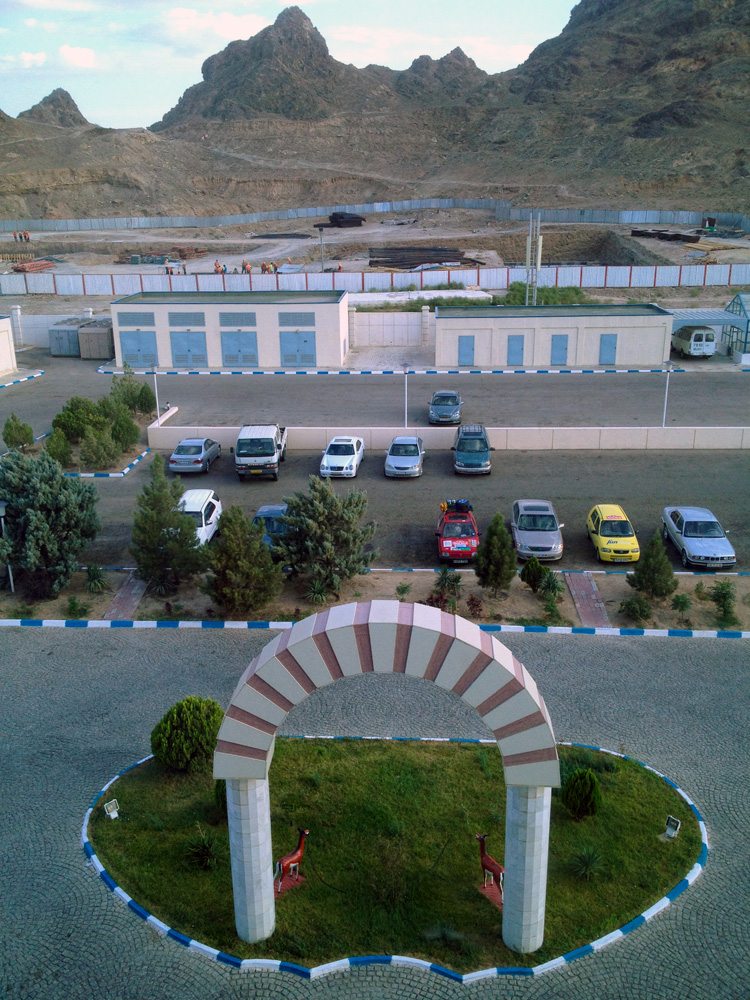 The landscape of Turkmenbashi resembles the moon. 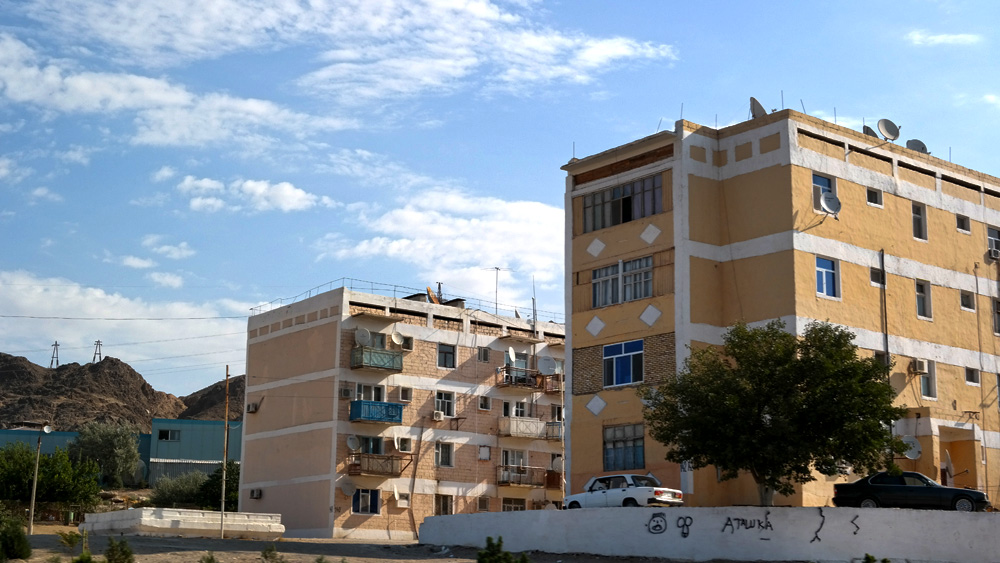 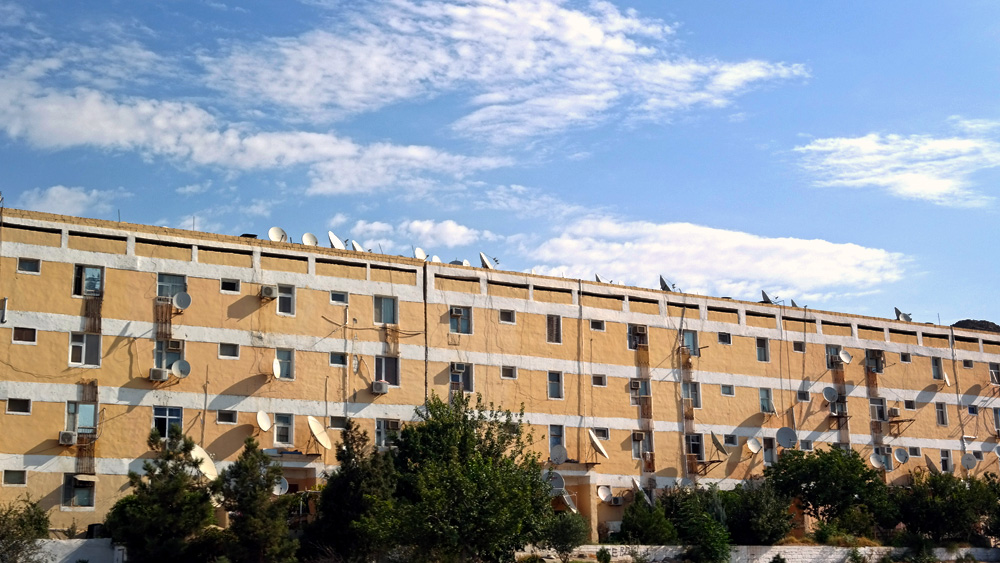 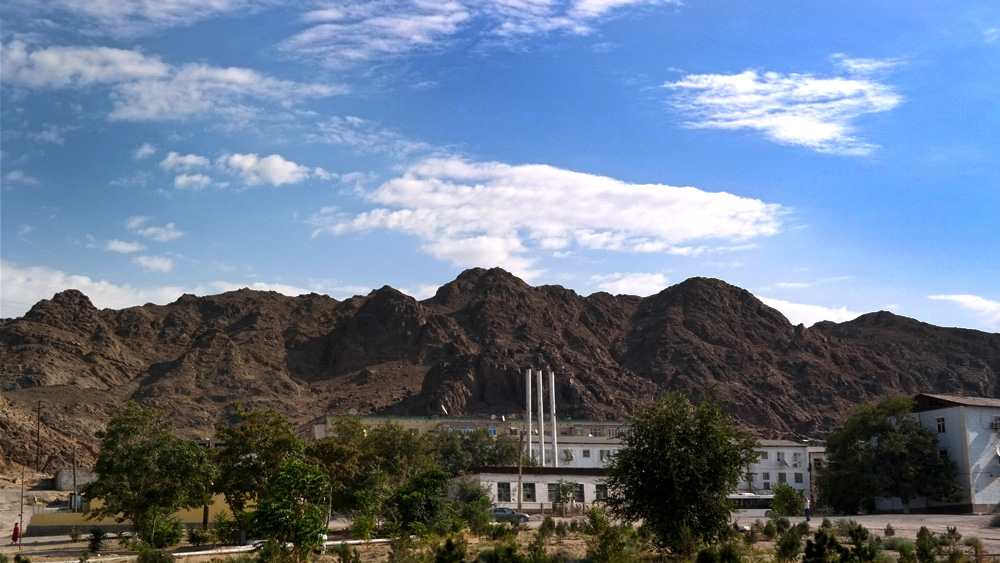 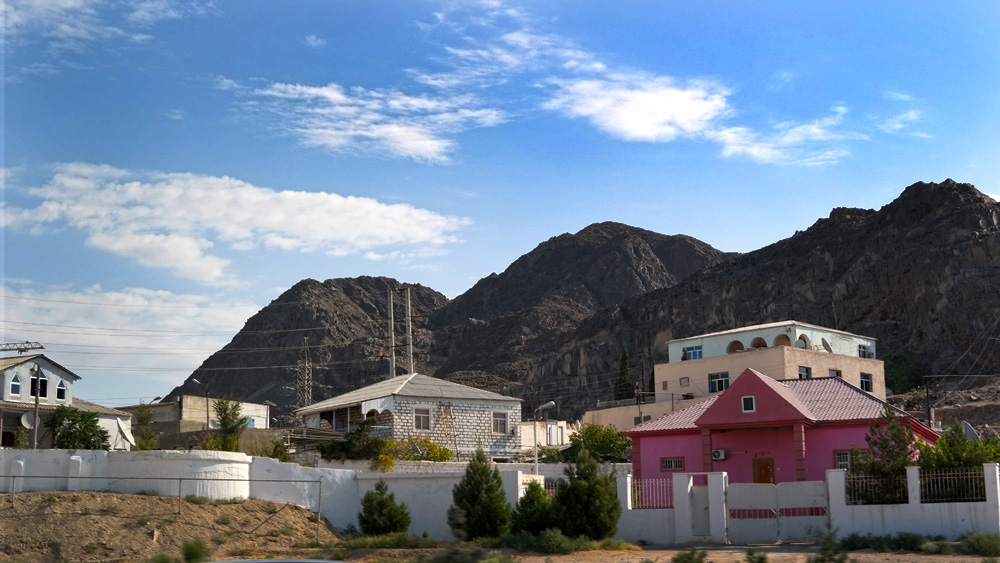 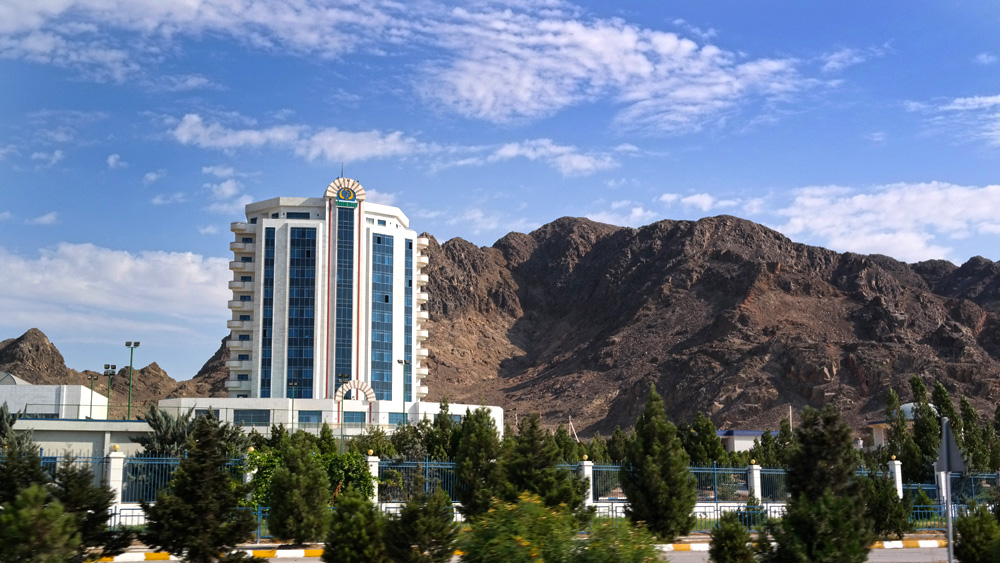 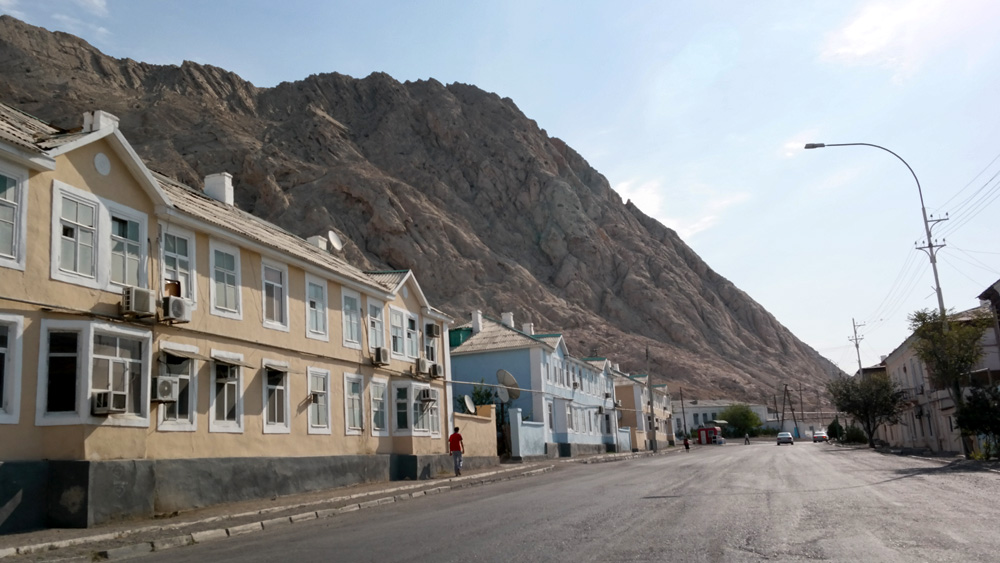 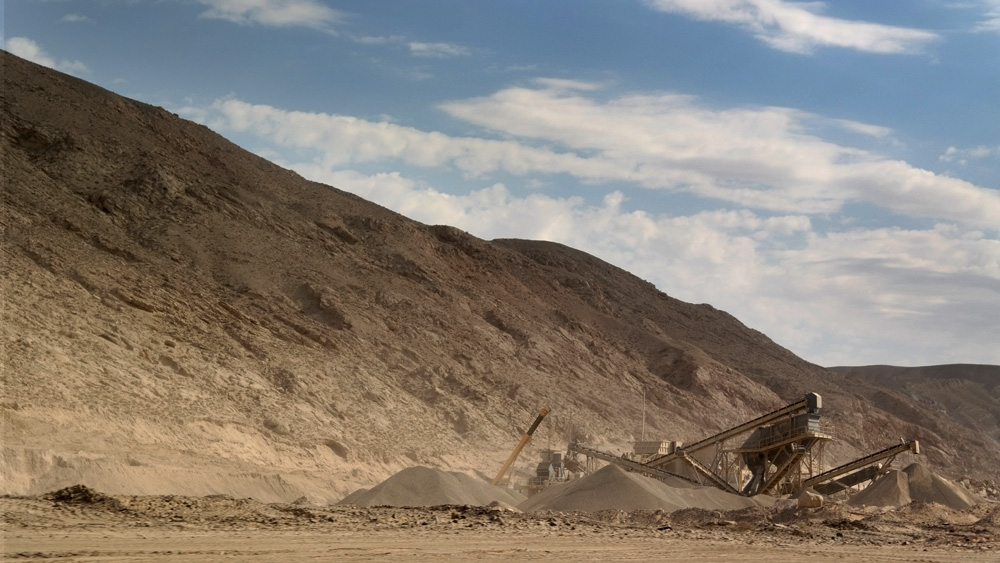 We don’t have AC in our car and the temperature inside Takhi Butter is around 100 degrees C. With all the passenger windows opened it was not that big of a deal. except when you were driving. We have a UK car the driver is on the right side and the sun is on that seat the entire time. 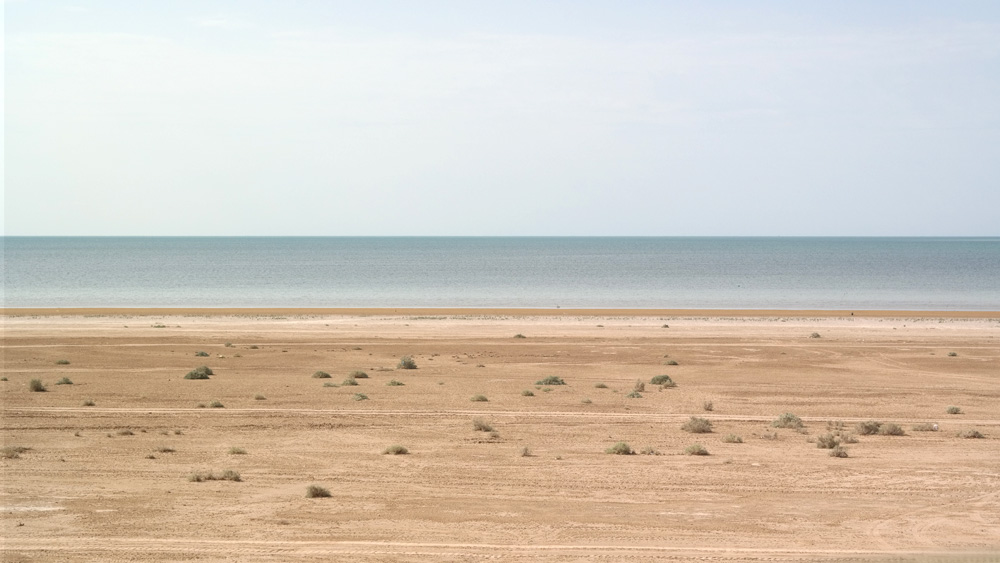 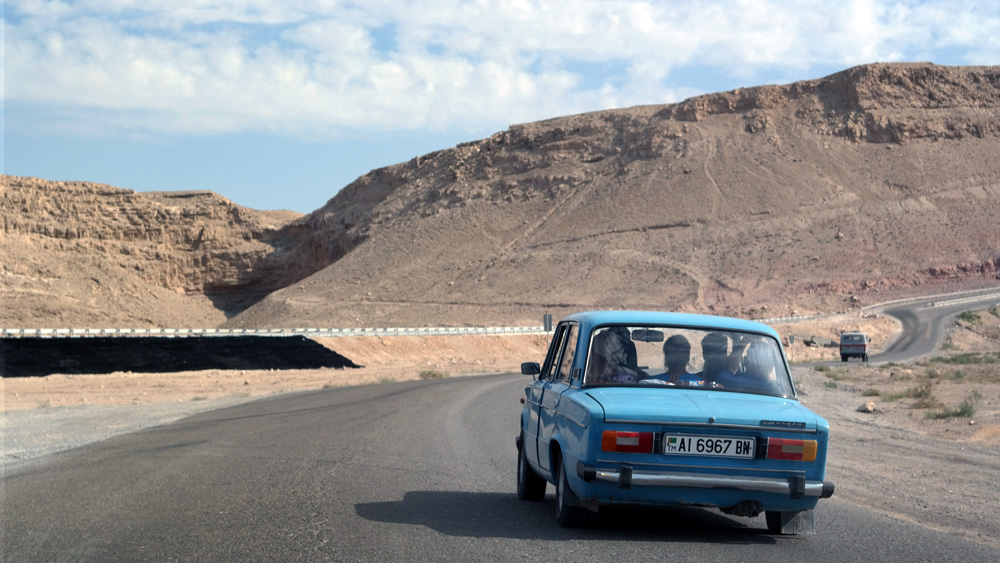 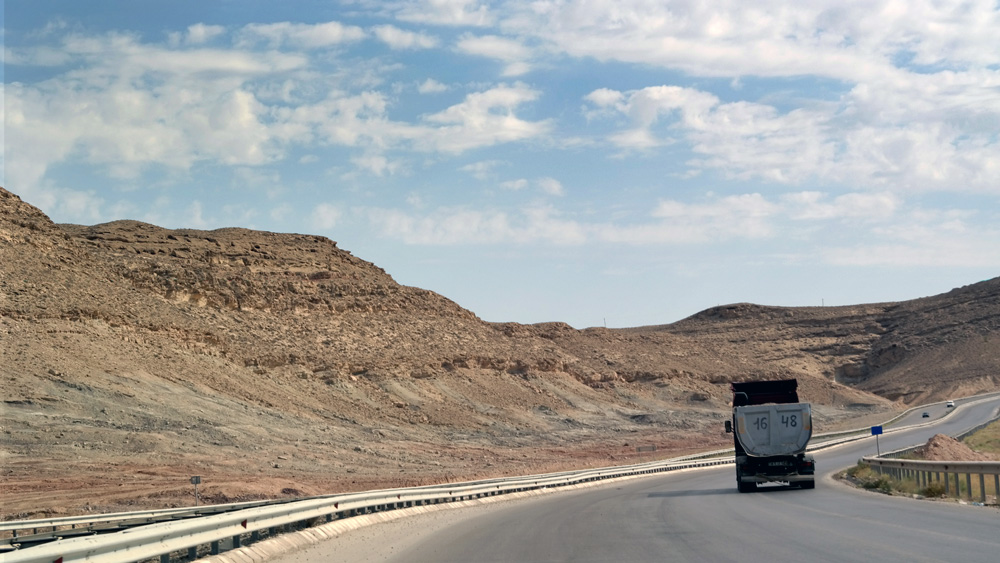 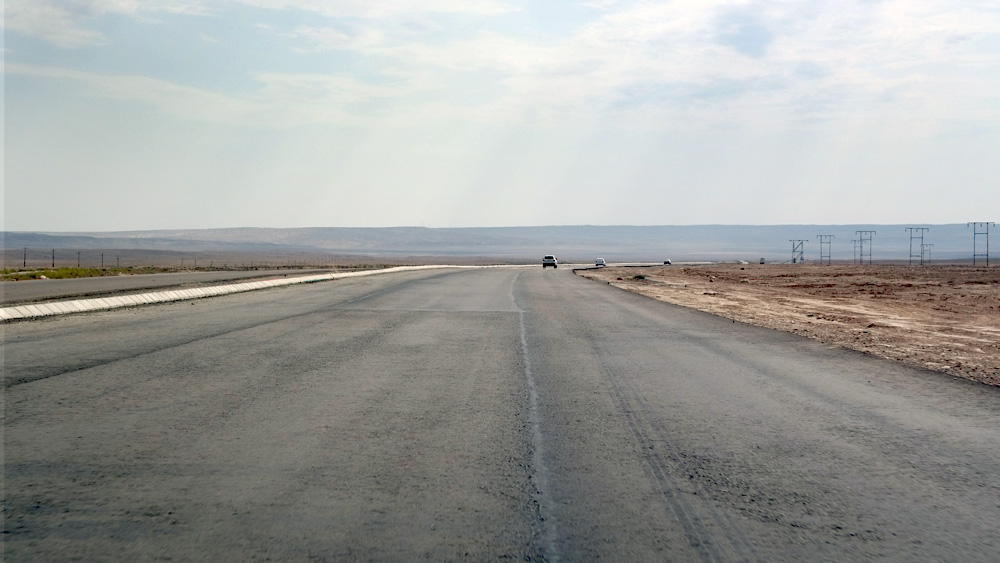 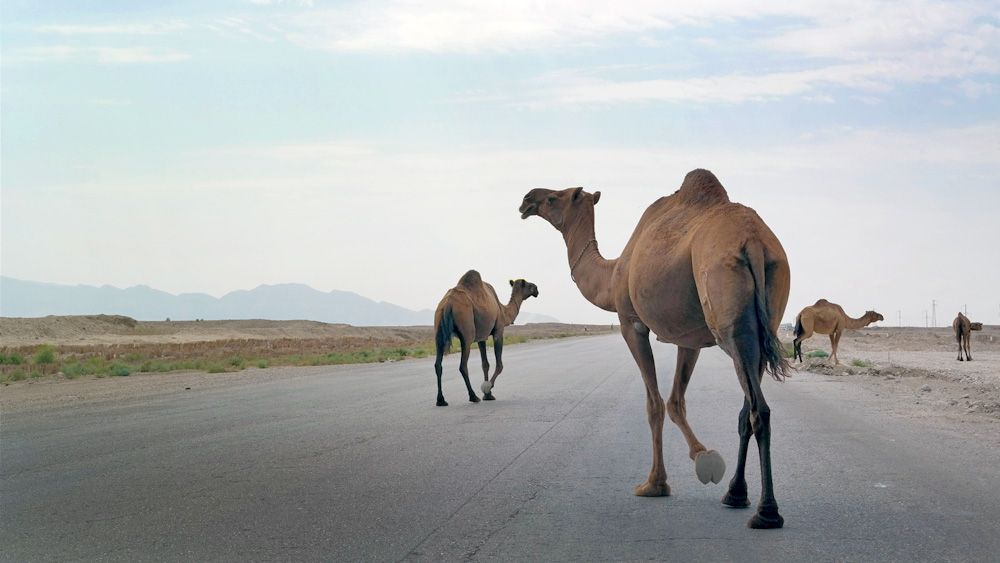 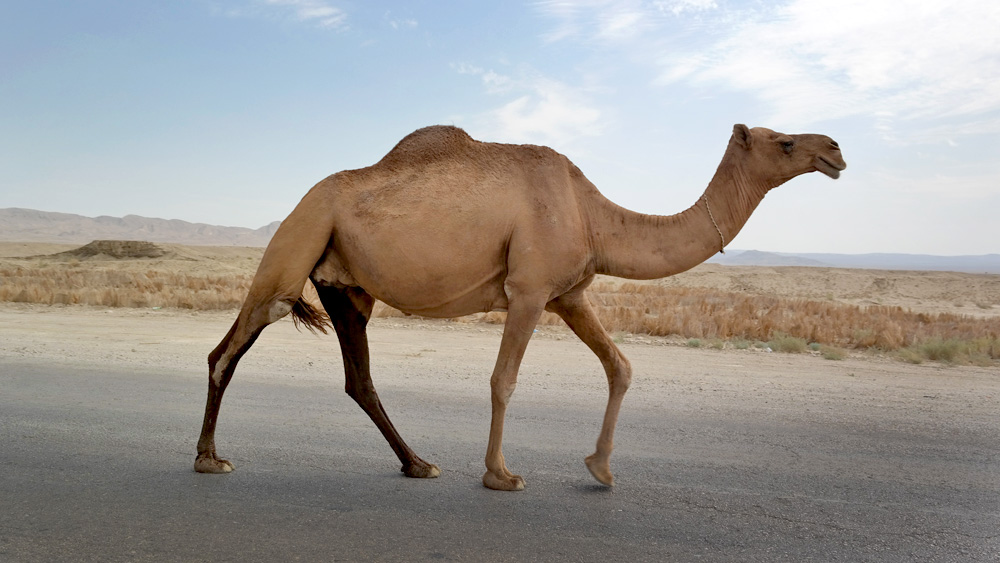 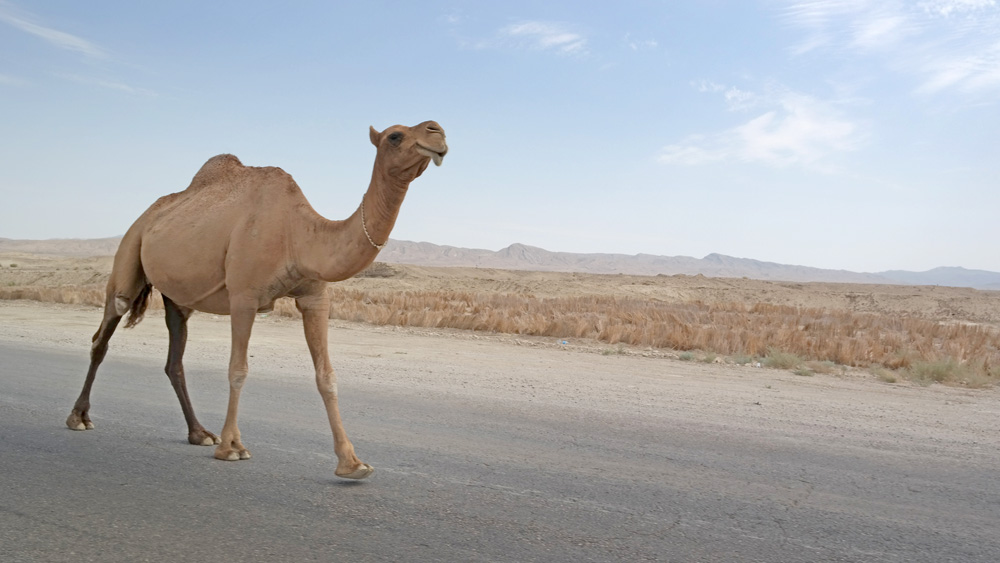 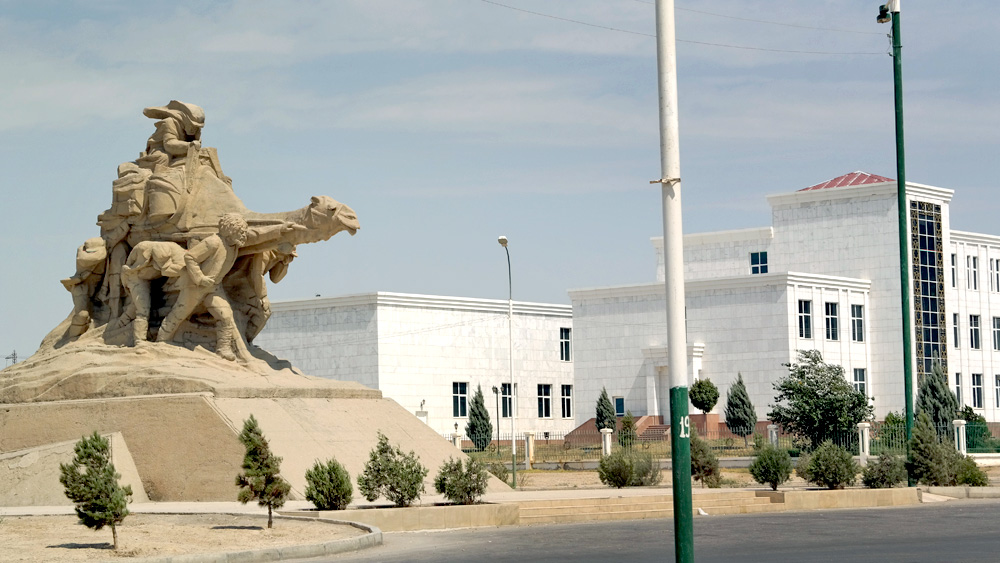 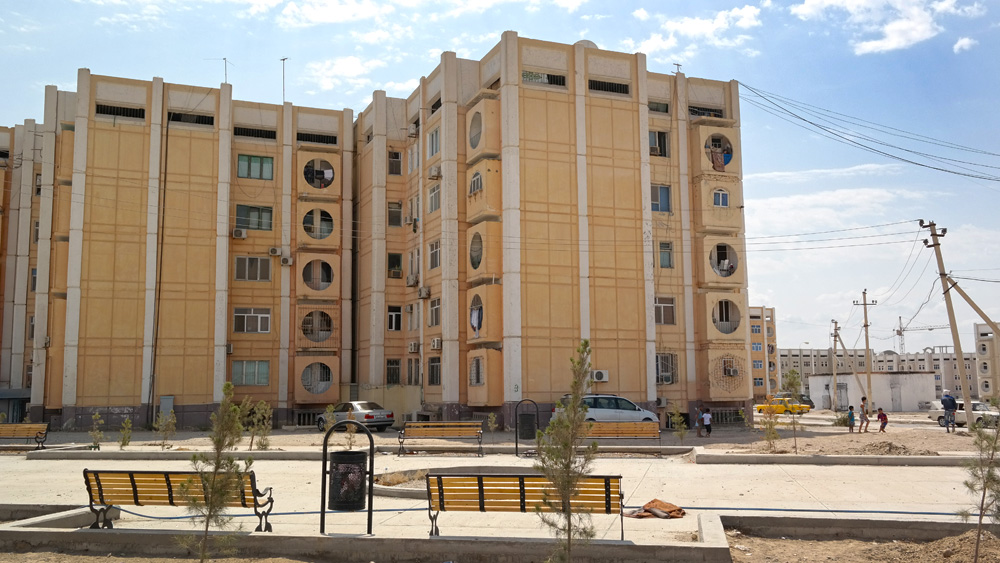 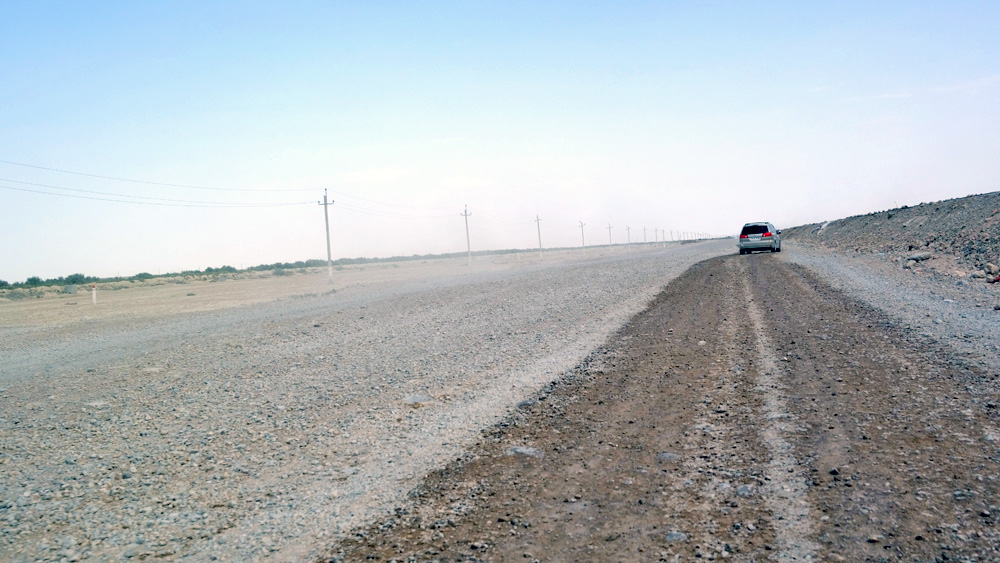 Turkmenistan is rebuilding their infrastructure with tehor new oil and gas wealth. On the road it is half nicely paved road, and half super rough road that we can only drive 5mph. It was a long and challenging drive and Takhi Butter sailed through. We all became very attached to the car. At one moment I felt sad that we have to scrap Takhi Butter at Ulaan Bator. 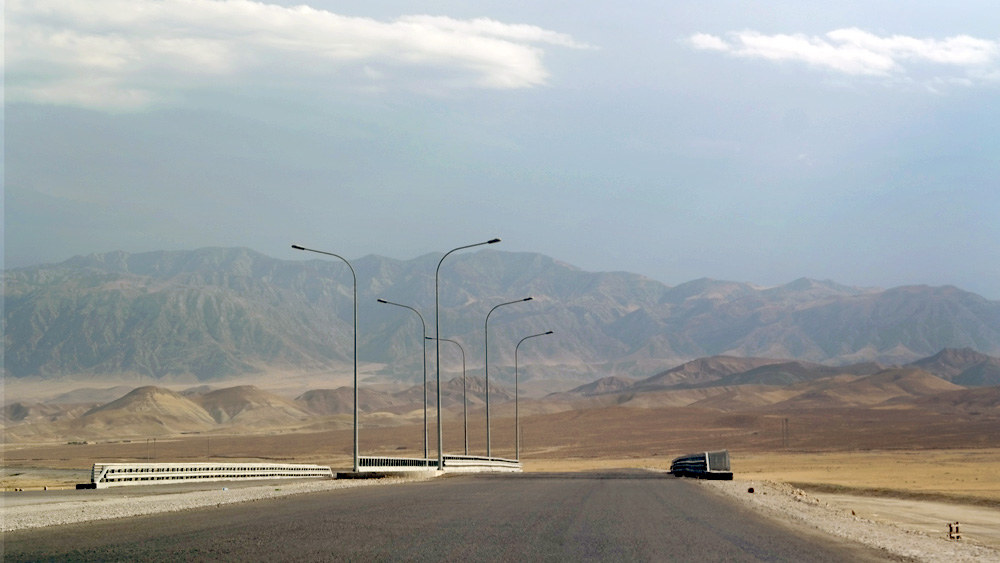 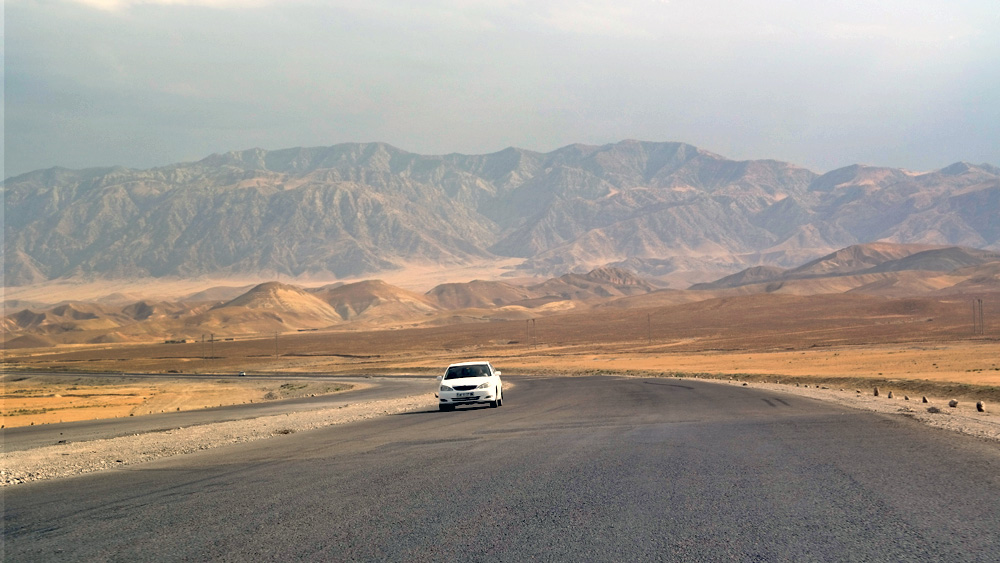 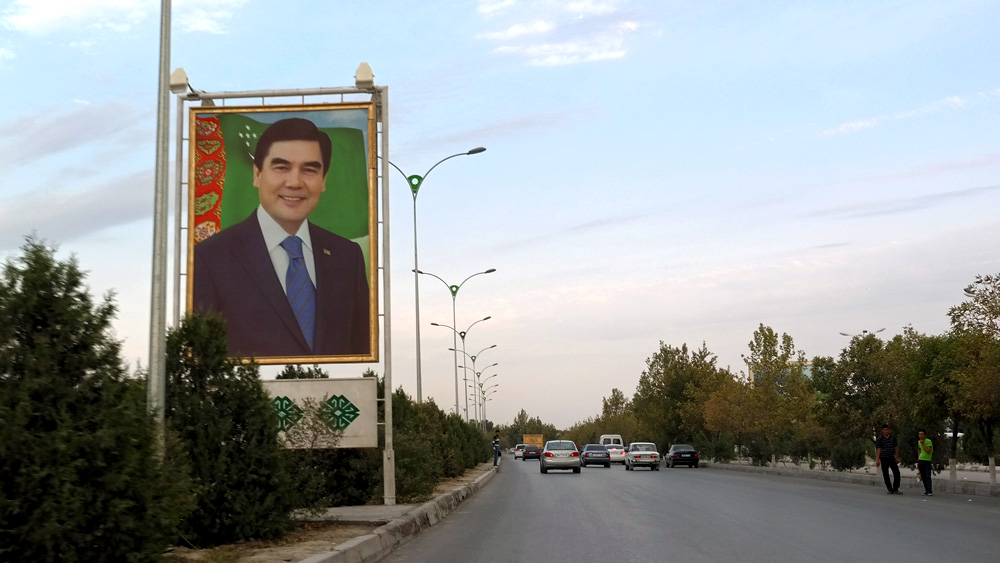 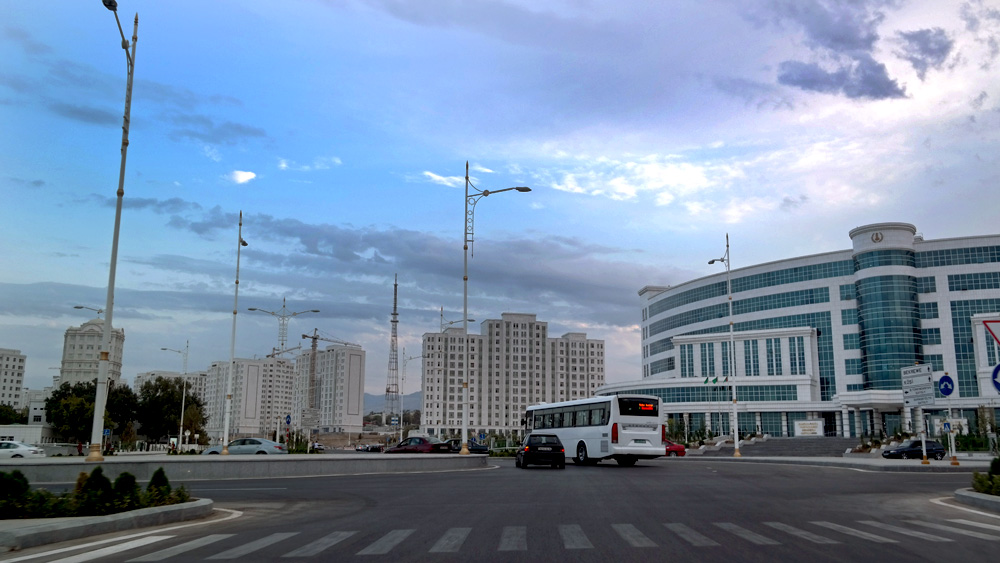 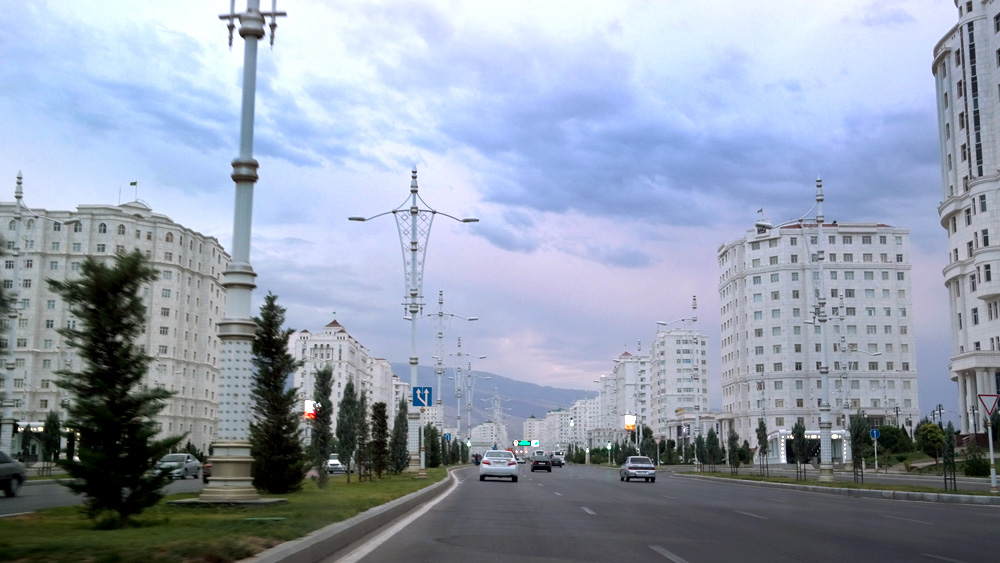 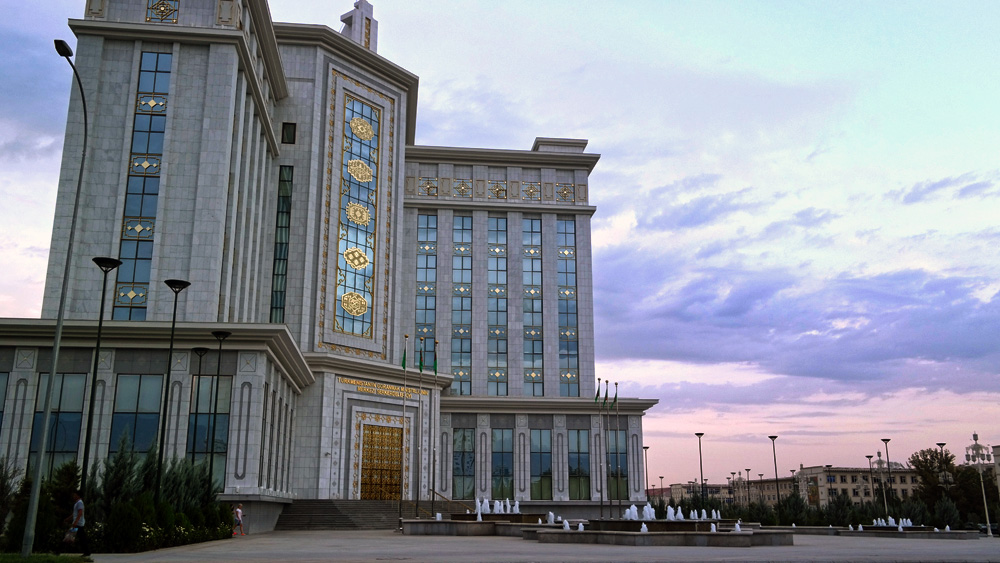 We finally arrived at Asgabat around 7:45pm, just after the Sunset. We had no guide book and through my Skobbler GPS Nav App we found Hotel Nusay (Nissa). When we walked in it is way to fancy and we asked for an alternatives. the beautiful receptionist gave us an suggestion of a “Myhmanhana” behind the hotel. We drove there and once we entered they said its full. So we drove around for several hours trying to find more guesthouses but everyone of them are full. It is weird when we walked in they already say no without even asking what we want. Later on we learned that in Turkmenistan foreigners are only supposed to stay in hotel, not with friends, family and guesthouses.

We circled around for 3.5 hours and still couldn’t find a place to stay. Ended up when young went to a local Magazin she met some teenagers and we started chatting. These boys can all speak multiple languages- Russian, English, German, Spanish…etc. Super smart, confident and outgoing kids I won’t be surprise one of them will be the president of Turkmenistan one day. They are so sweet they wanted to help us get a hotel room!

Asgabat is a very interesting city, the city had lots of really grand white and gold buildings but we didn’t see much people walking around them. It is kind of surreal. The entire city is expanding and they wanted to be the the next Dubai. Young talked to a Korean waiting at the bus stop and he explained that the “Myhmanhana” will never rent a room to foreigners. they only rent to Turkmens.

We were really tired after a long hot drive and we checked out the Ahal hotel but we ended up paying a bit more and go back the Hotel Nissa. It was already 10pm we just have to bite the cost of this fancy hotel, where oil executives stayed. The cost for a triple room is $160 USD. We had some drinks and dinner by the swimming pool, then go to bed, reminiscing all the super welcomed faces of Turkmens giving us double thumbups. 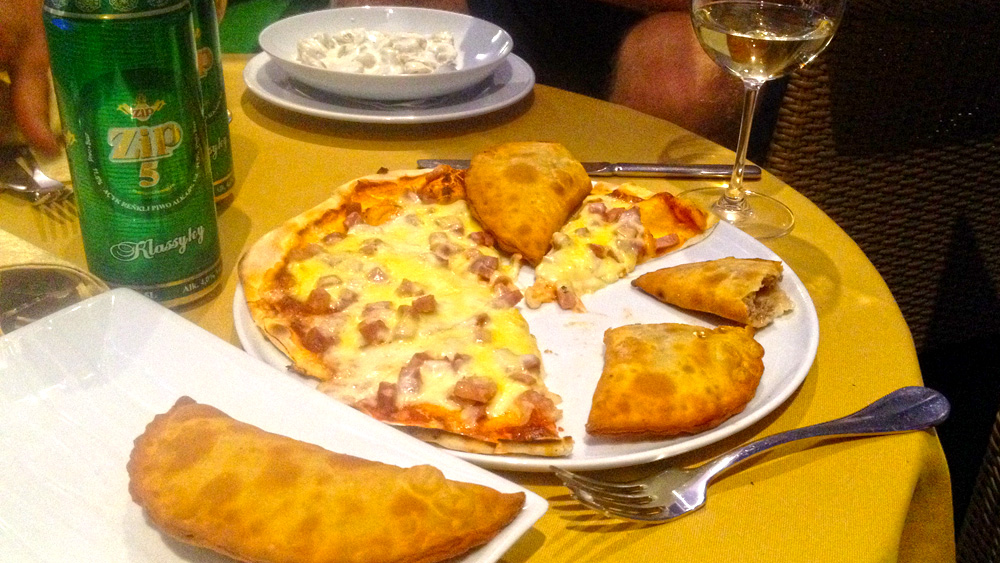