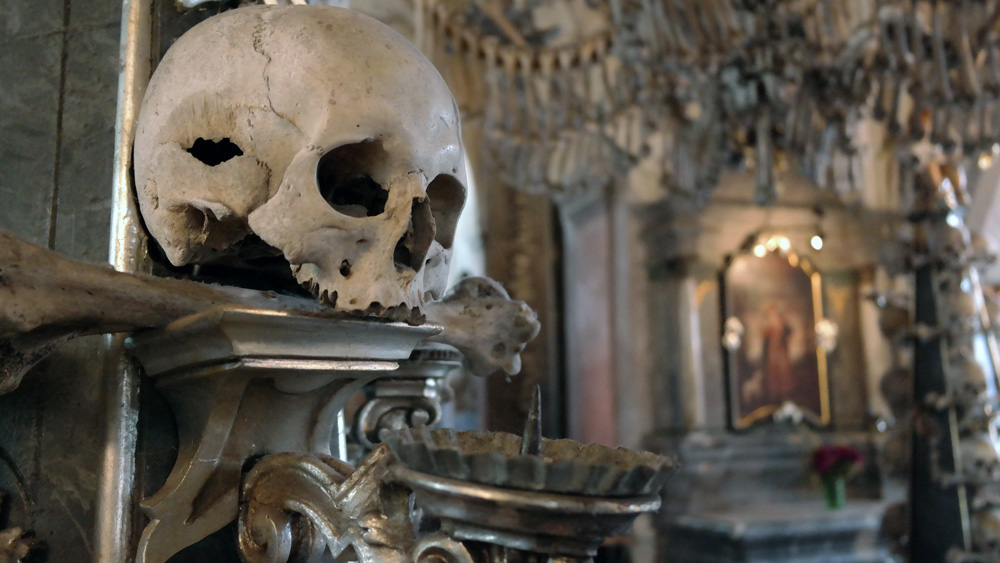 The Mongol Rally CzechOut party was so fun last night. It was great to meet fellow Mongol Ralliers. We were surprised that all the triple shots we took- Absinthe, Whisky and Aquavit didn’t give us a hungover.

We decamped early and left Klenova around 9am and drove towards Kutná Hora/ Sedlec in Czech Republic, to complete our mission “DELIVER A PRAYER AT SEDLEC OSSUARY”. It took us 3.5 hours to reach the Ossuary.

En route we stopped by a supermarket and have lunch. 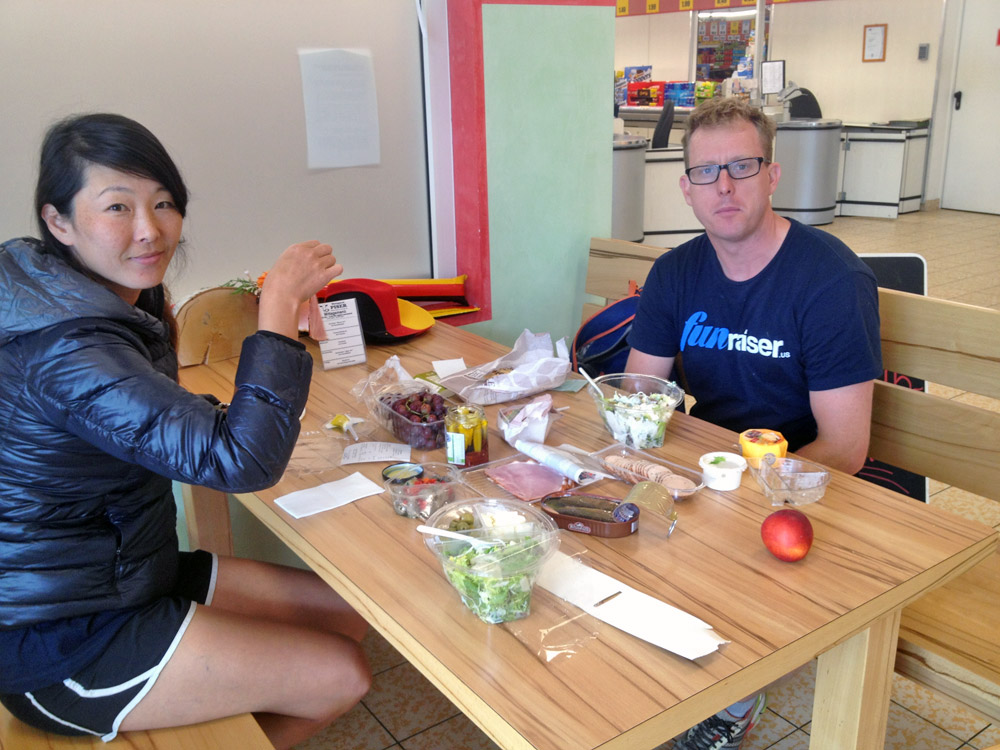 The Sedlec Ossuary is a small Roman Catholic chapel, located beneath the Cemetery Church of All Saints in Sedlec, a suburb of Kutná Hora in the Czech Republic. The ossuary is estimated to contain the skeletons of between 40,000 and 70,000 people, whose bones have in many cases been artistically arranged to form decorations and furnishings for the chapel.

Four enormous bell-shaped mounds occupy the corners of the chapel. An enormous chandelier of bones, which contains at least one of every bone in the human body, hangs from the center of the nave with garlands of skulls draping the vault. Other works include piers and monstrances flanking the altar, a large Schwarzenberg coat of arms, and the signature of Rint, also executed in bone, on the wall near the entrance.

Here’s our mission statement: “If you pledge $5 we will deliver a prayer for you at Sedlec Ossuary in Czech Republic. We will make sure your prayer’s will be heard not only by God, but also by the 40,000 dead people.”

We were shocked at how popular this Ossuary is. Gigantic buses kept unloading tourists one after another. Tripod use for photography was not allowed here. We waited for a good 45 minutes until a quiet moment and deliver all the prayers from the donors in silences.

THANK YOU FOR YOUR DONATIONS! Together we raised $631.88 for our charity Cool Earth for this mission! Here is the completed mission video:

The Sedlec Ossuary is absolutely beautiful, here are some pics: 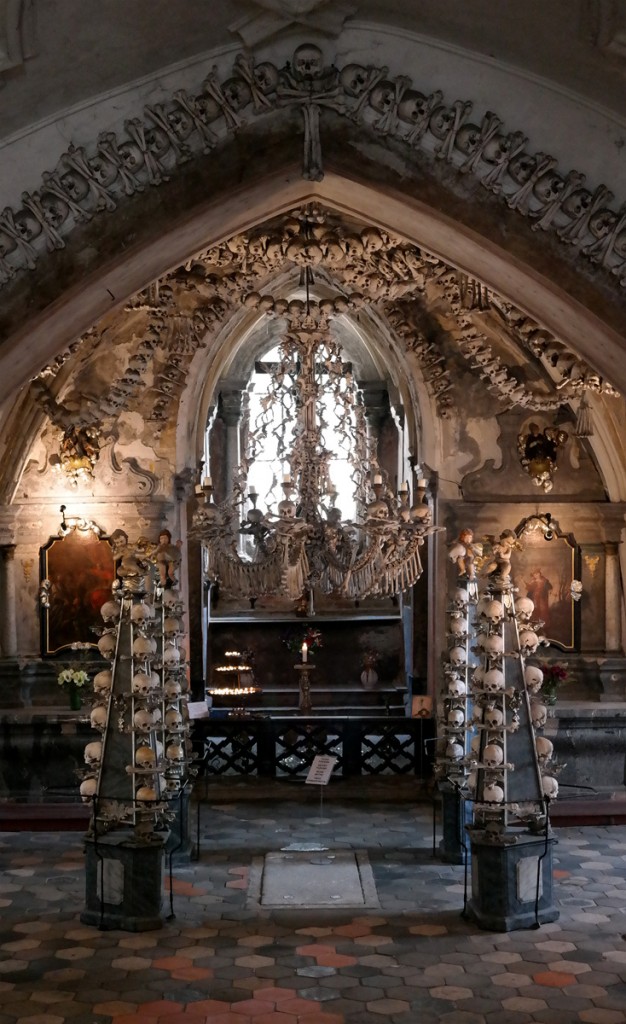 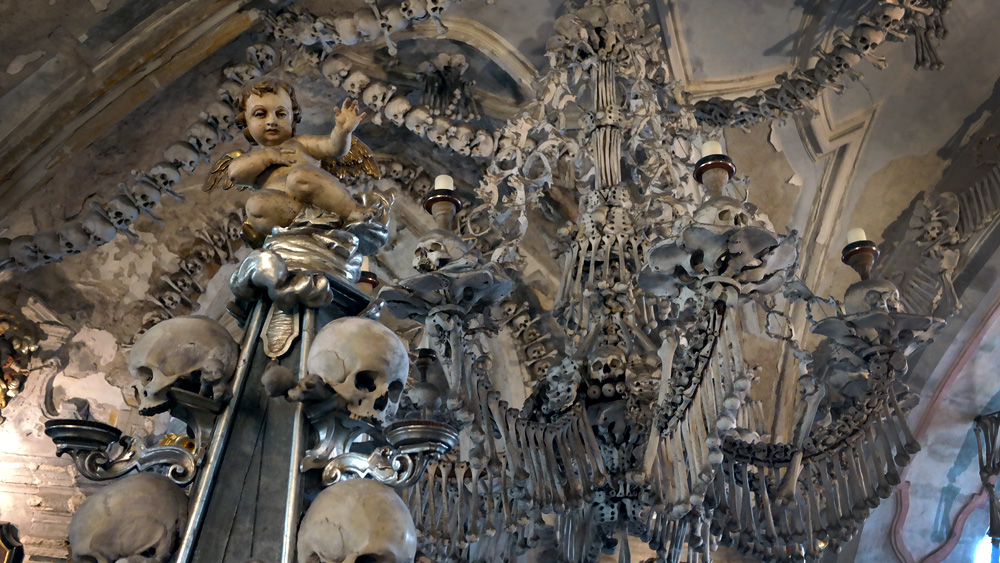 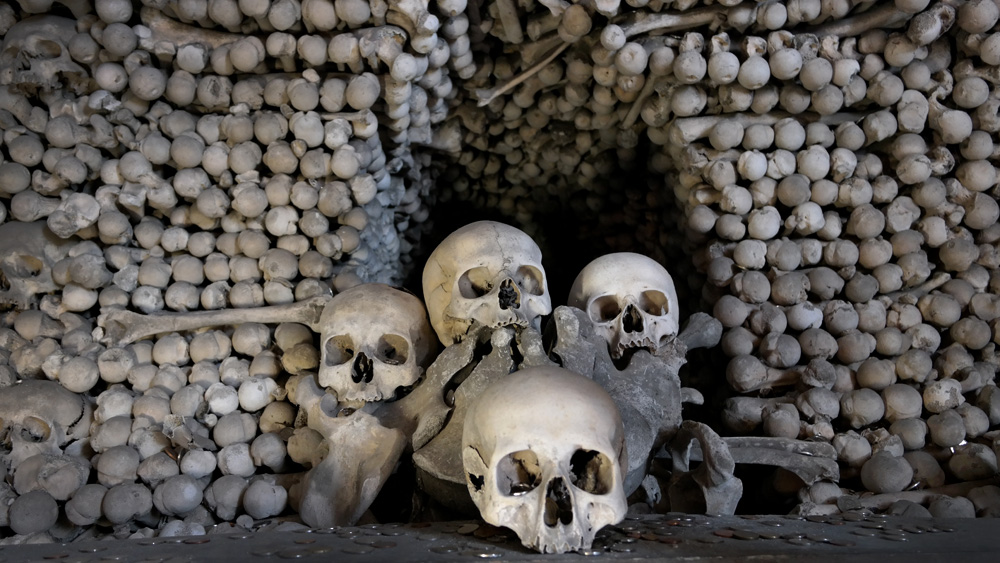 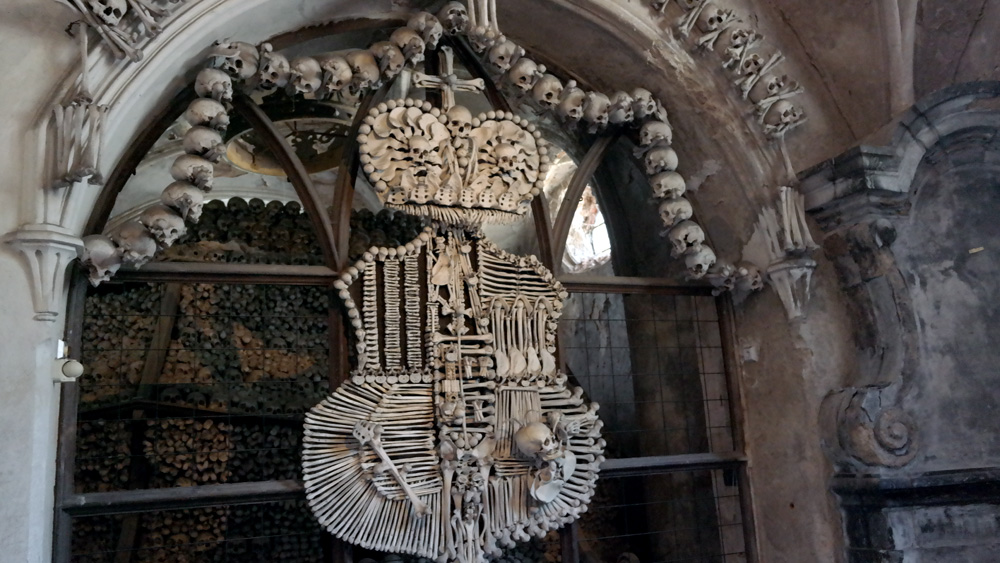 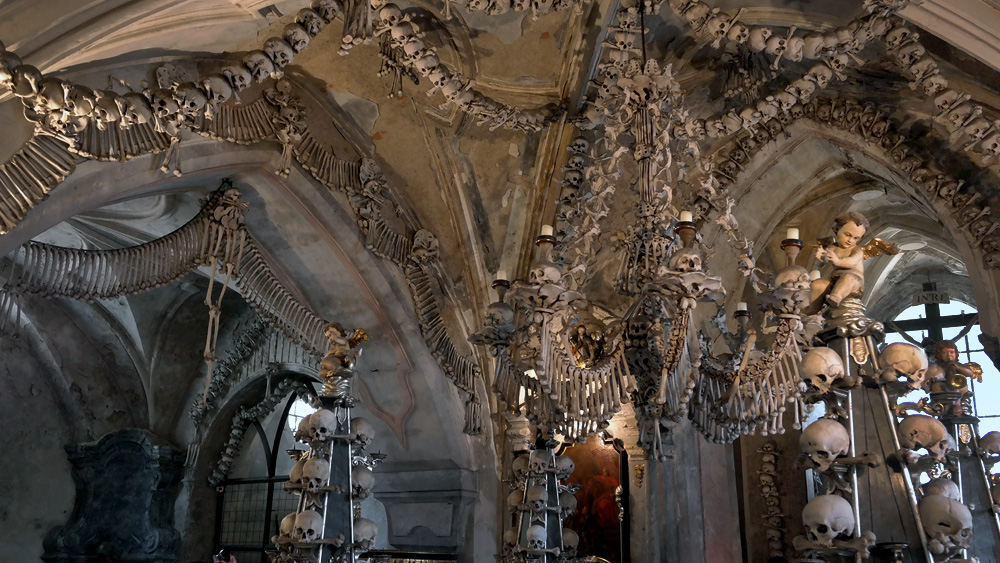 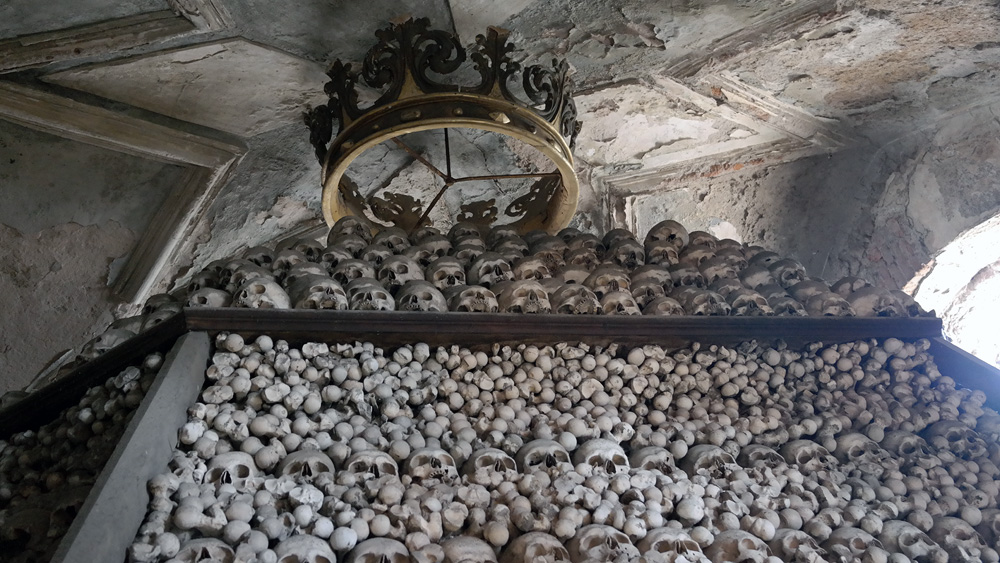 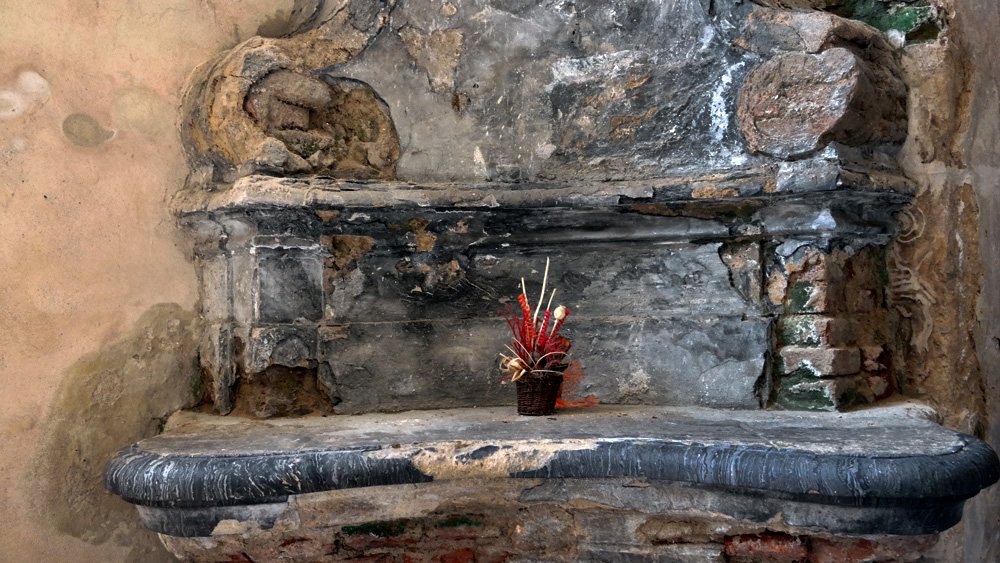 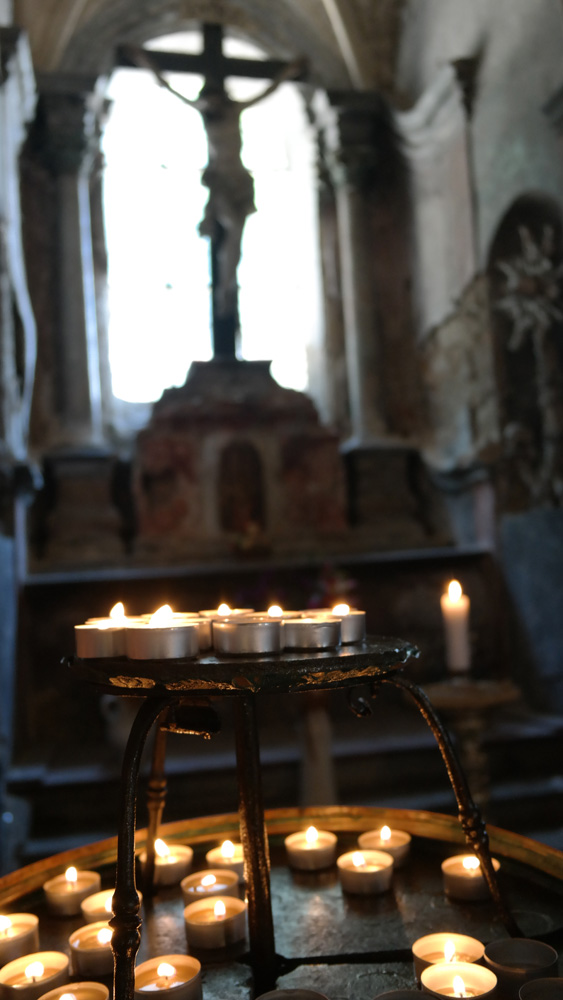 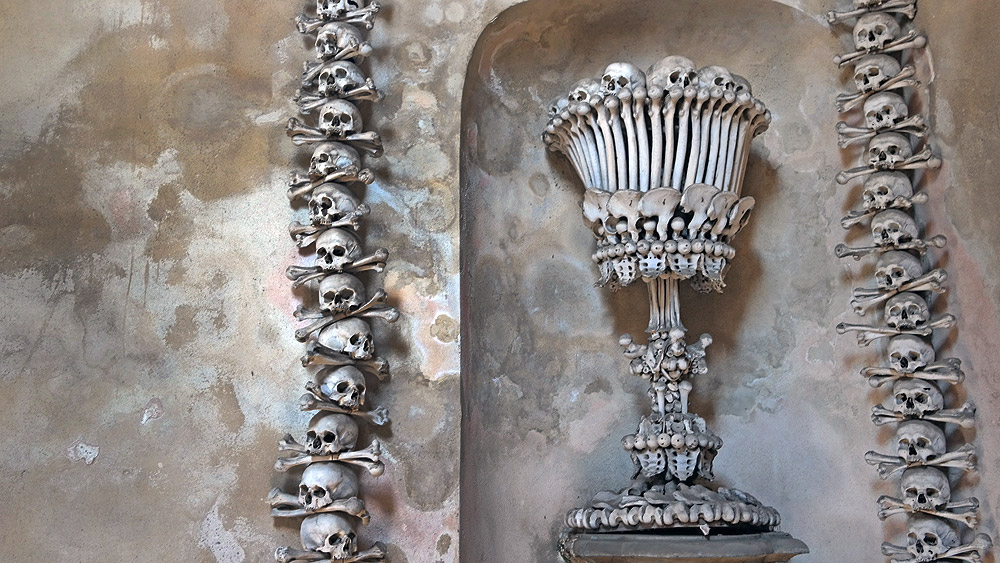 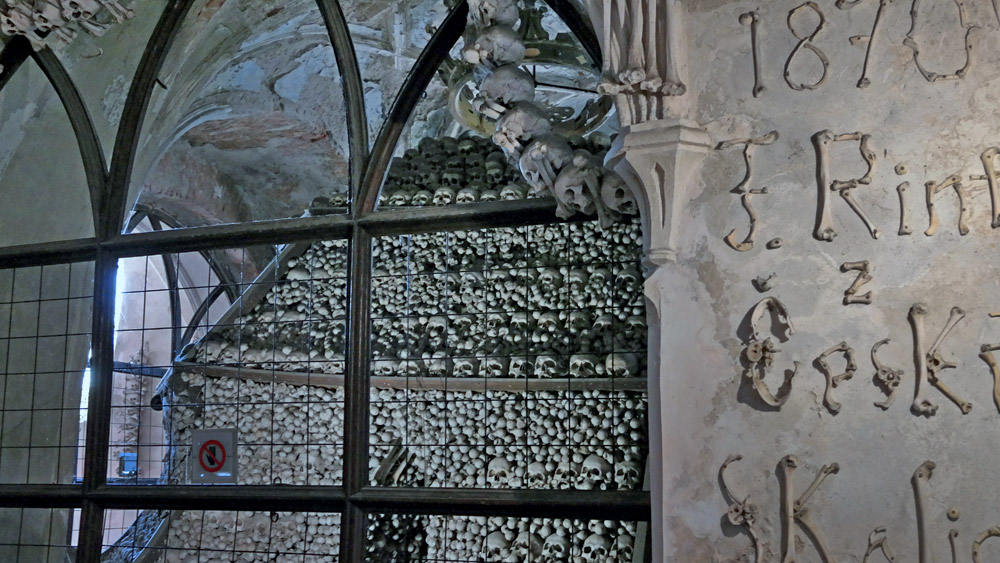 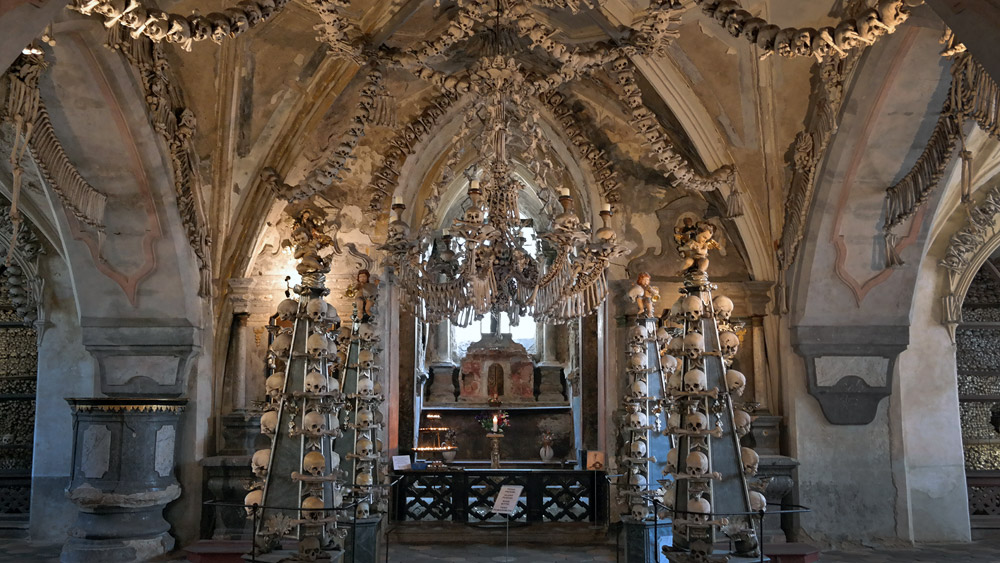 After that we drove towards Slovakia. We had two different FUNraiser missions to complete there. It was a long and hot day we all got super tired. We finally reached Slovakia and decided to stay at the border town Trencin- a city known for its annual biggest music festival in Slovakia.

We were greeted by numerous billboards while entering town and were shocked at how many big boxes Walmart style stores they had. Trencin looked like suburban America but 10 times intense. A 180 degrees change of scenery from Czech Republic!

We randomly picked a place called Penzion Formula (55 Euros for a super clean room with 3 beds and private bath, breakfast included). We went down to the cafe and ordered some of their house specialties. All were great and delicious. Both of the Slovakian waitresses were beauty-pageant beautiful. We practiced our first Slovakian phrase “Moze mat Pivo, Dackujem!” and they both cracked a small smile. 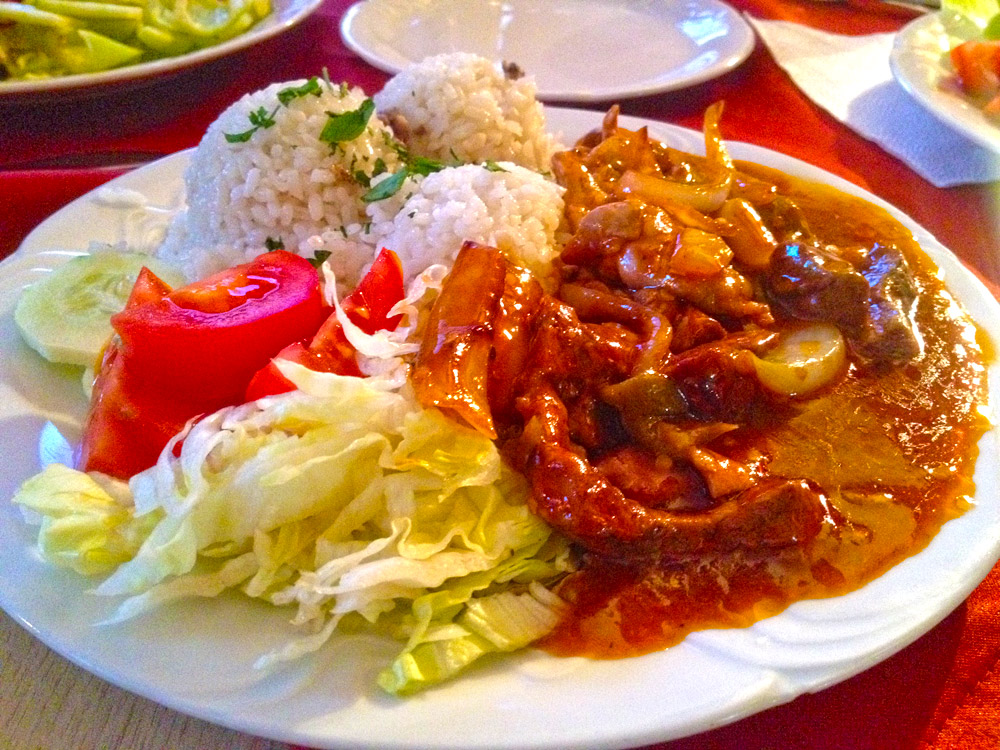 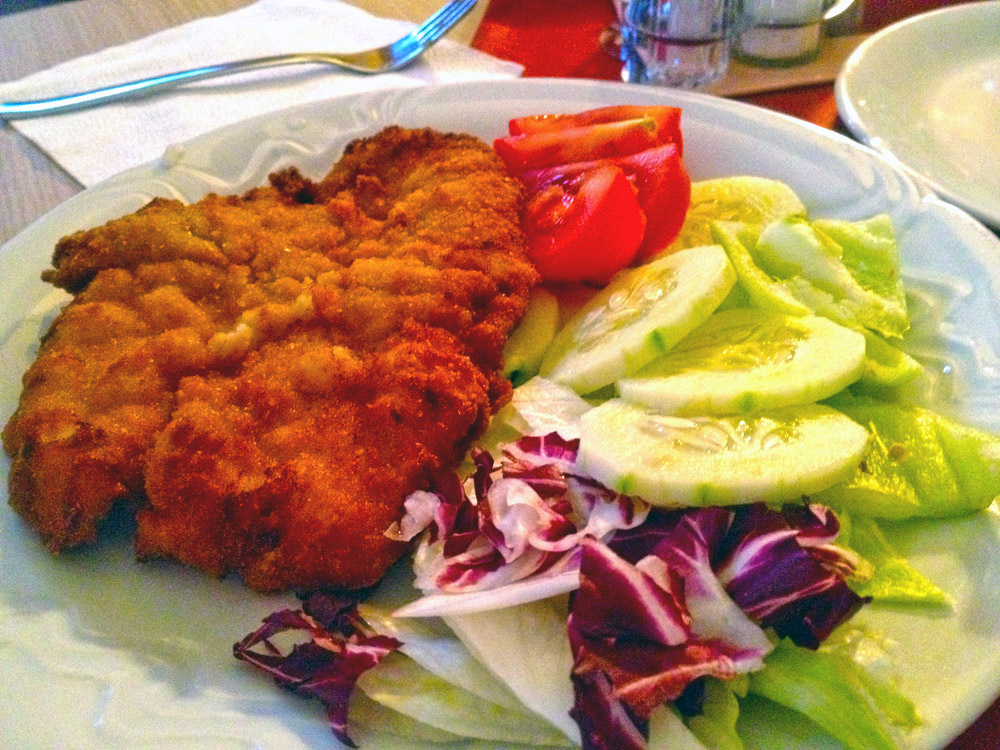 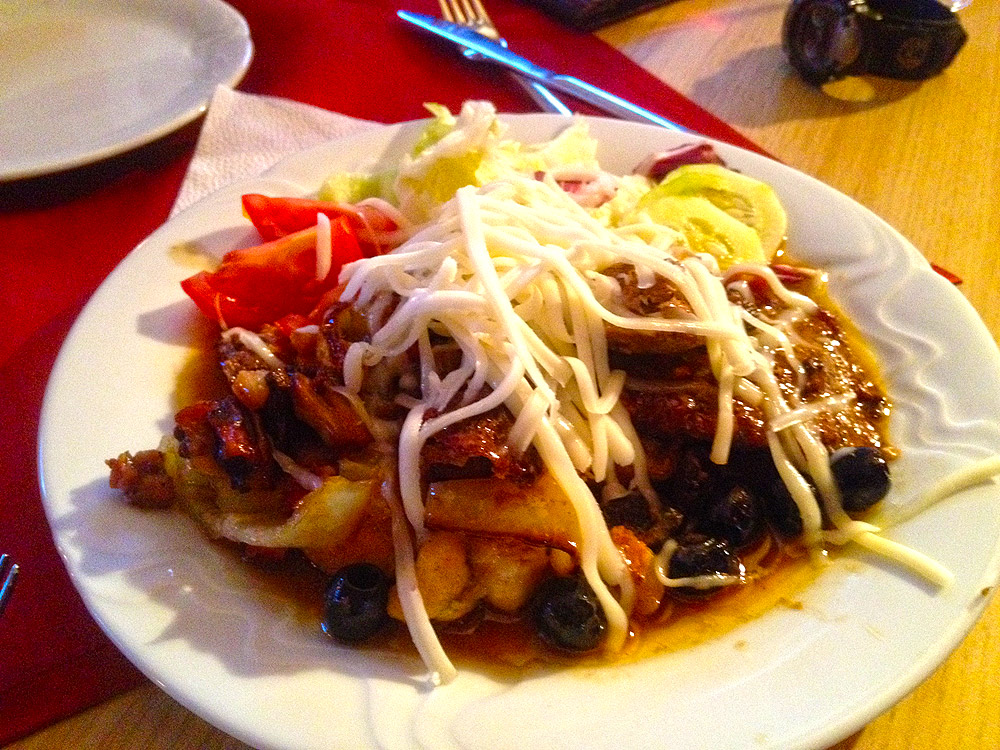