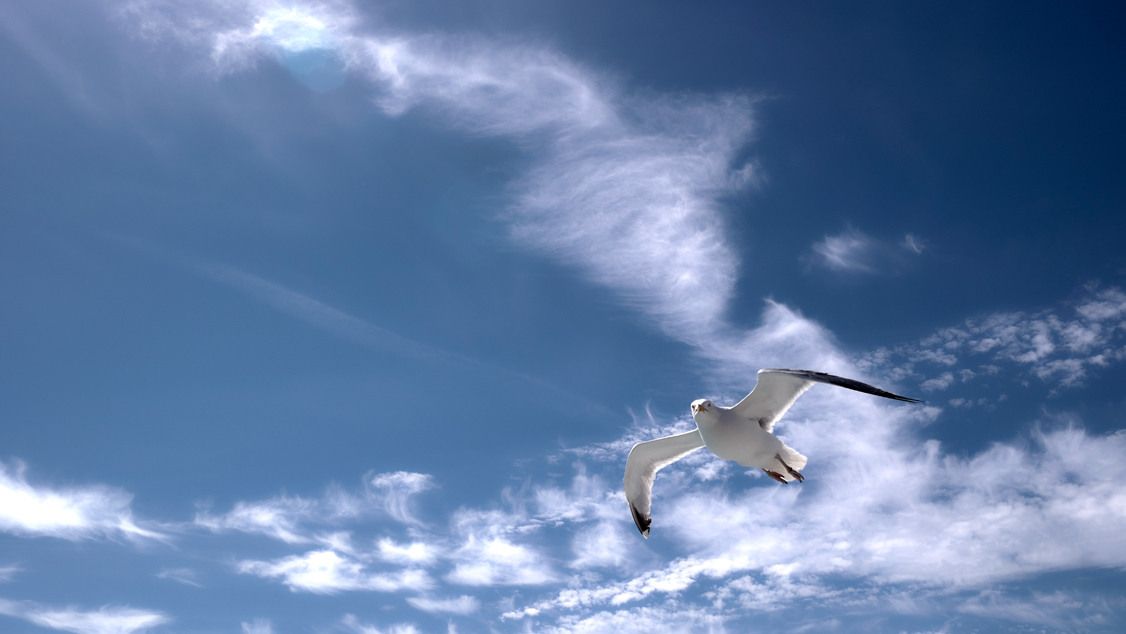 The campsite is fantastic, it is perched on the cliff overseeing a beach. Sleeping with a ocean waves soundtrack really takes our city mentality away. We all separately go down to the beach for exercise and pictures taking. 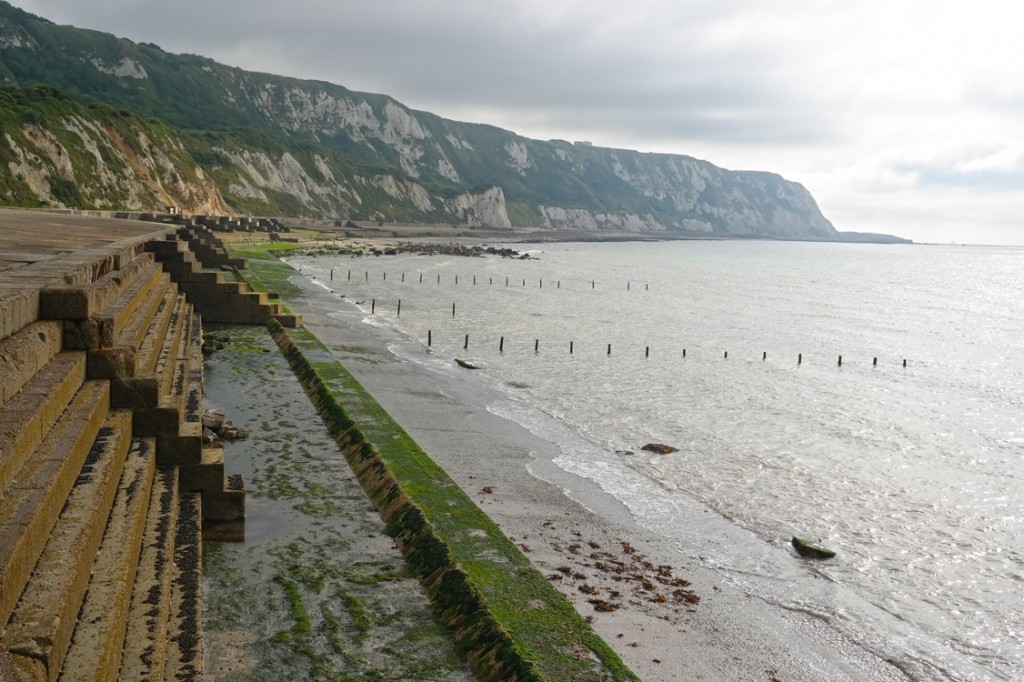 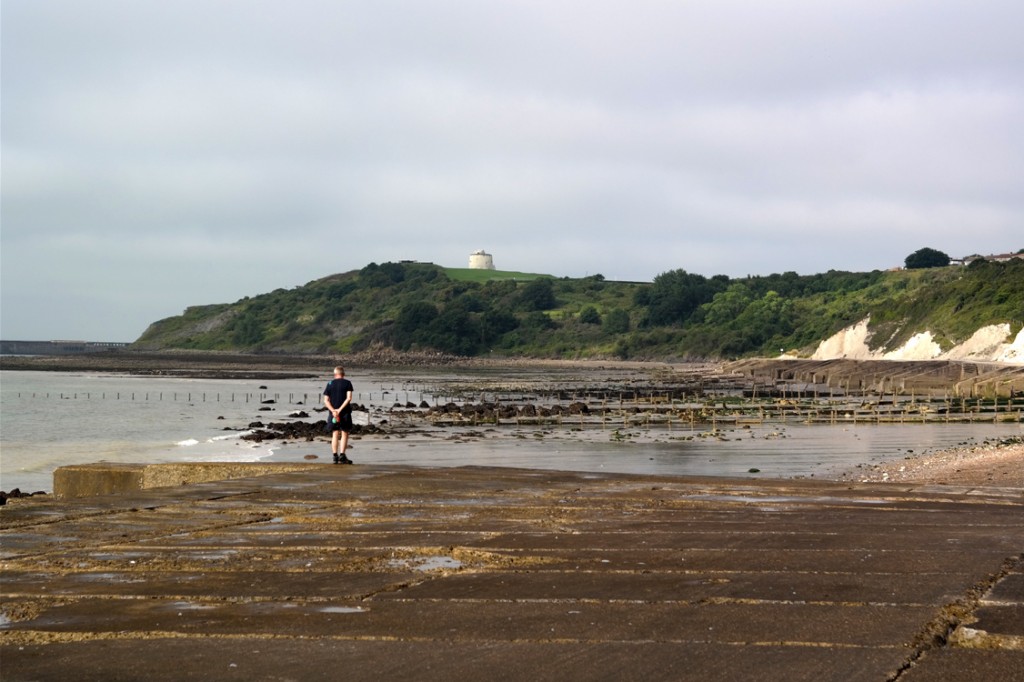 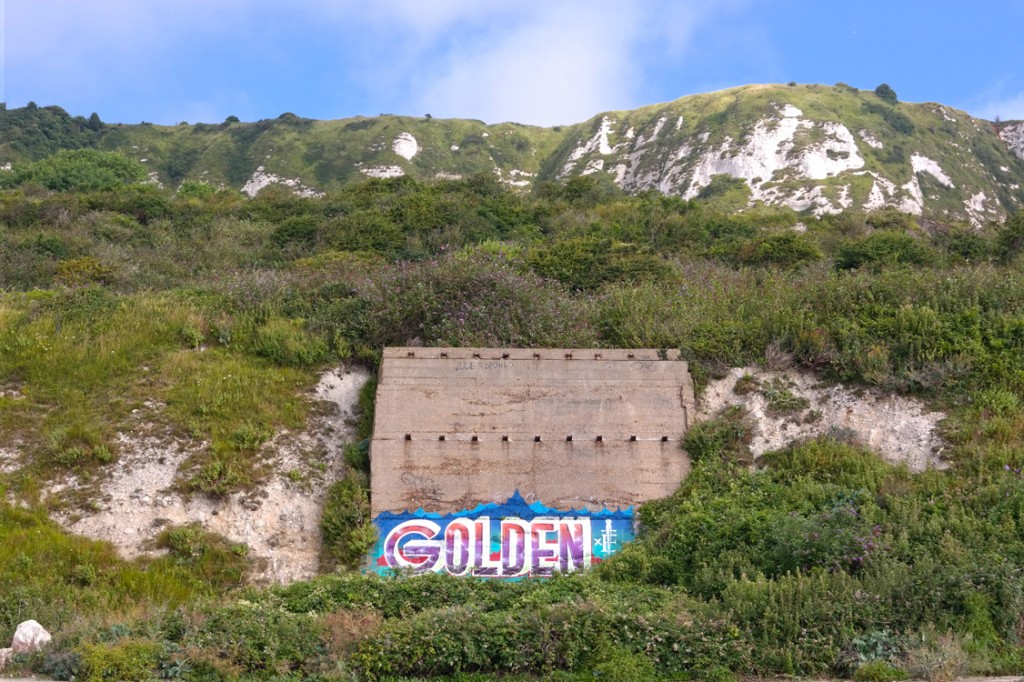 We repack the car, consolidate a communal camping supplies bag so we can squeeze in more stuff. Saving 5 cubic inches is a huge success for us!

After the morning coffee we drive by the Martello tower, make a video for CarStickers.com to say thank you for their sponsorship.

Next we try to find Methylated Spirits for Kenneth’s Trangia camping stove. Locals are super friendly after several turns we find it at a super cute tiny little Moms n Pops hardware store called Stuff. From now on Kenneth is gonna show off his outdoor cooking skill!

We have tons of problem using American credit cards in U.K. We tried to book the ferry tickets the night before but the website won’t let us. It required a U.K. address on top of the credit card numbers. Same situation happened when Kenneth is trying to top off his U.K. SIM card online.

So with no booking ticket in our hand we have no choice but to simply drive to the dock.  After several super efficient and swift passport/ custom control we arrive at the booth of P&O Ferries. The ticket cost us 90 GBP (with a 10 GBP voucher for food onboard), which is double the price if we have had booked it online. What can you do? We have to bite the cost.

The boat ride last about 1 hour and 45 mins, we sit on the deck and drink cheap 1 GBP Miller Geniune Draft. While soaking up some sun, a really handsome sea gull fly with us. Kenneth thinks of Leonardo da Vinci’s fly machine and how the world is before human invented aviation. For this journey, we are traveling along the Eurasian Steppe just like Genghis Khan 800 years ago, as if airplanes do not exist yet. 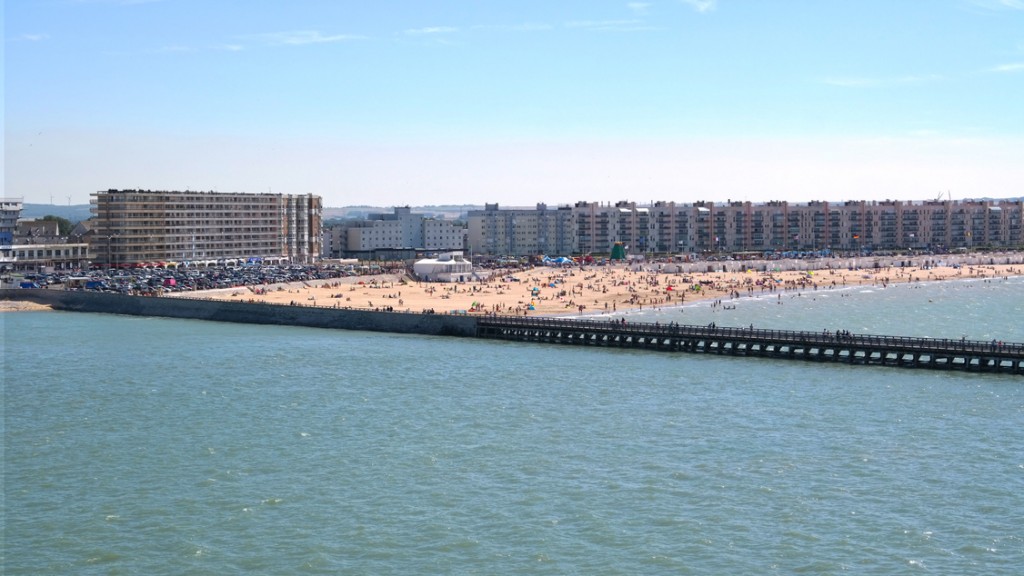 We decide to stay at Calais. The office of tourism directs us to a camp site called Le Fort Lapin. The campground is again beautiful, full of families and it’s only a short walk to the beach. After settling down we go down to the beach. Graham go swimming in the English Channel with his perfect butterfly strokes. Young practices her balancing skill. 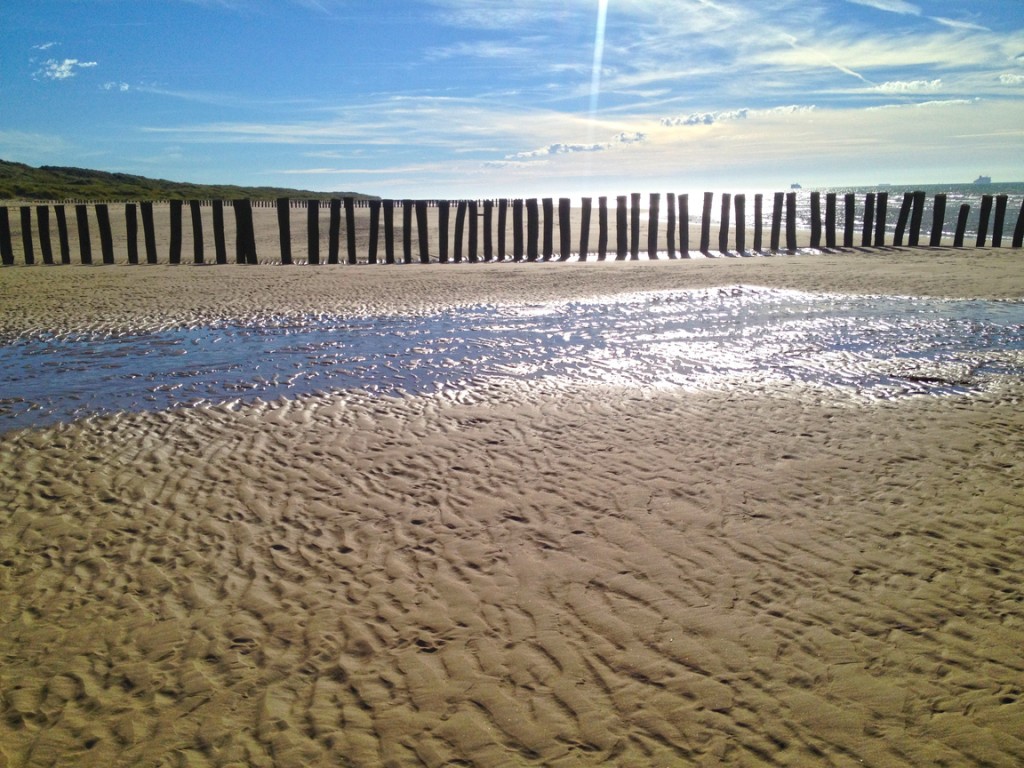 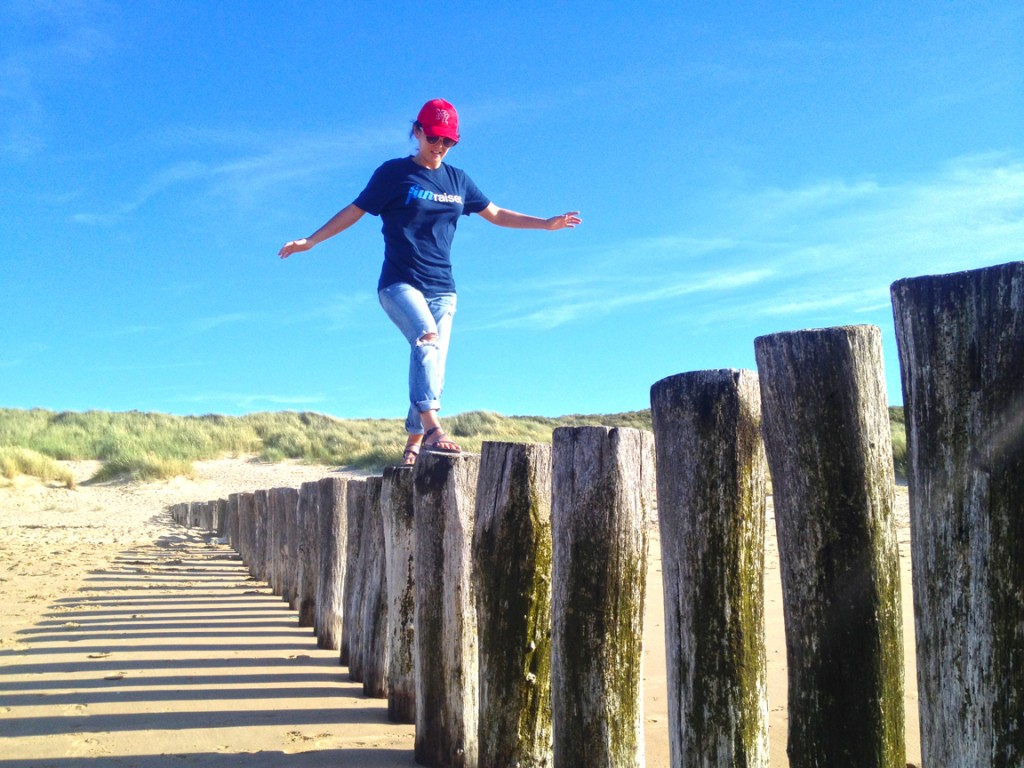 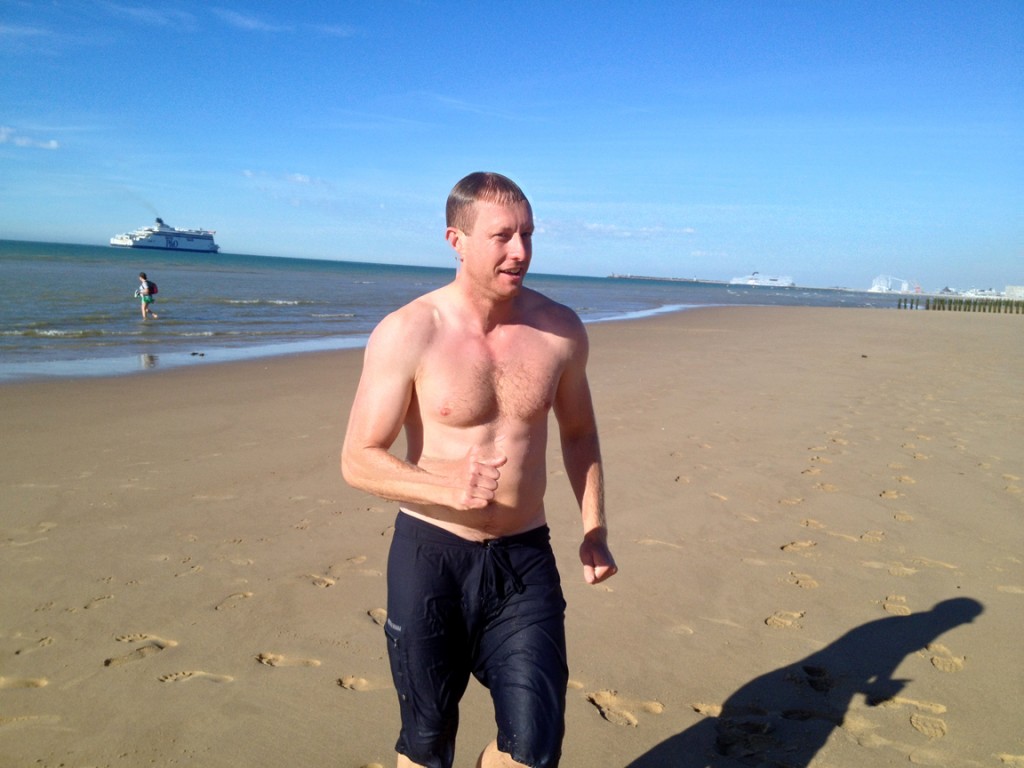 After that we go to a gigantic supermarket called Auchan to stock up supplies. Tonight’s menu- Merguez Sausage sauteed with onions, pan seared pork chop with sage, tomatoes, olives and 3 Euros French Rosé and Gewurztraminer. We feel so “French” laying around eating and drinking and joking around. Calais has treated us very good! Bon Soir! 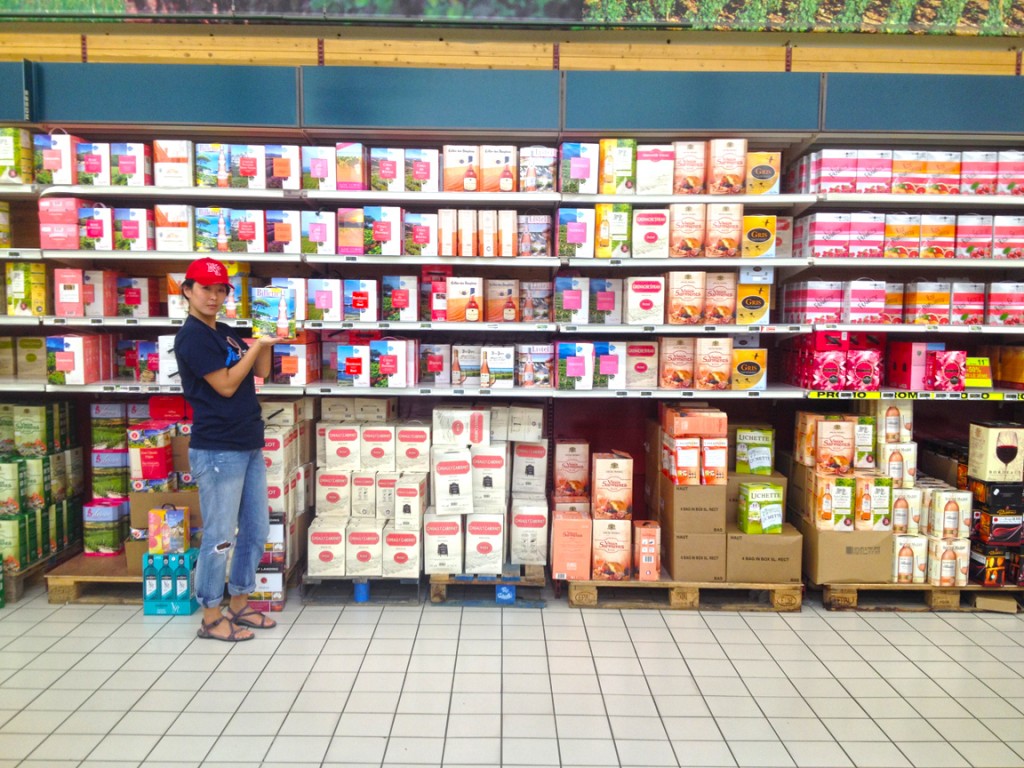 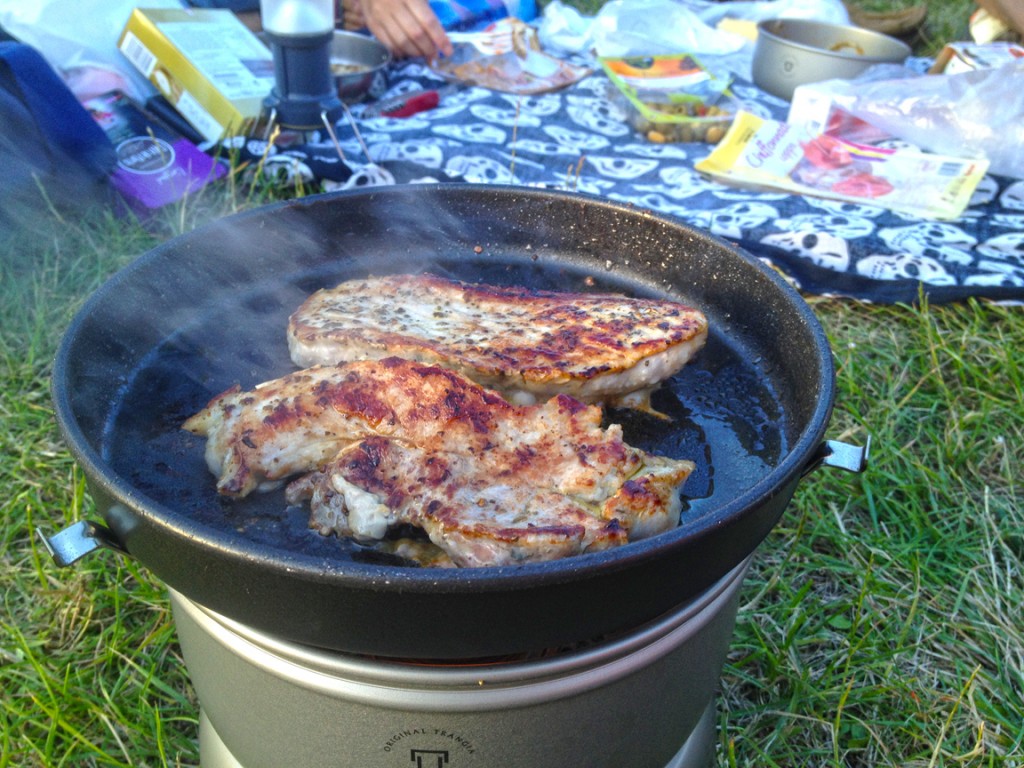 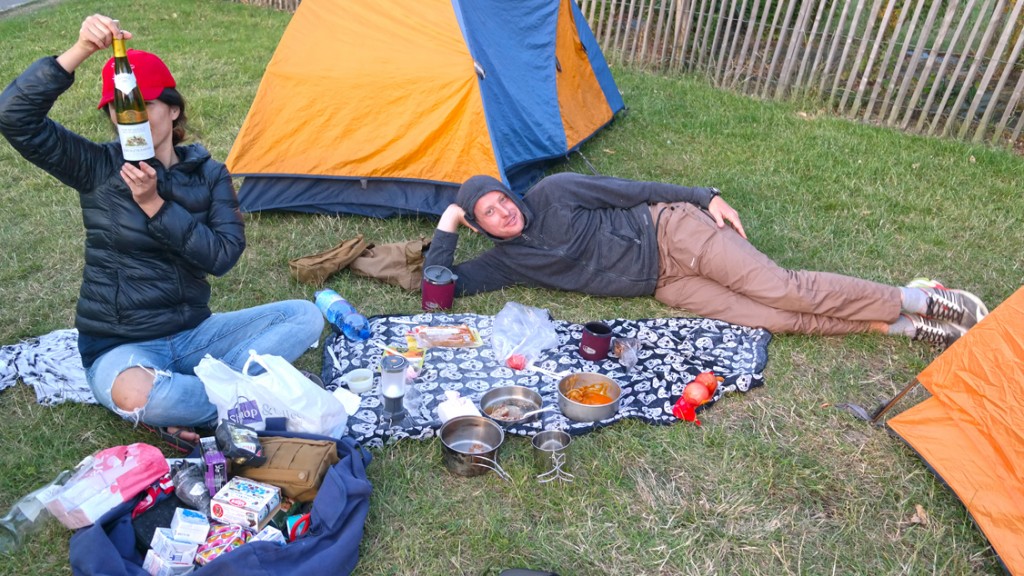 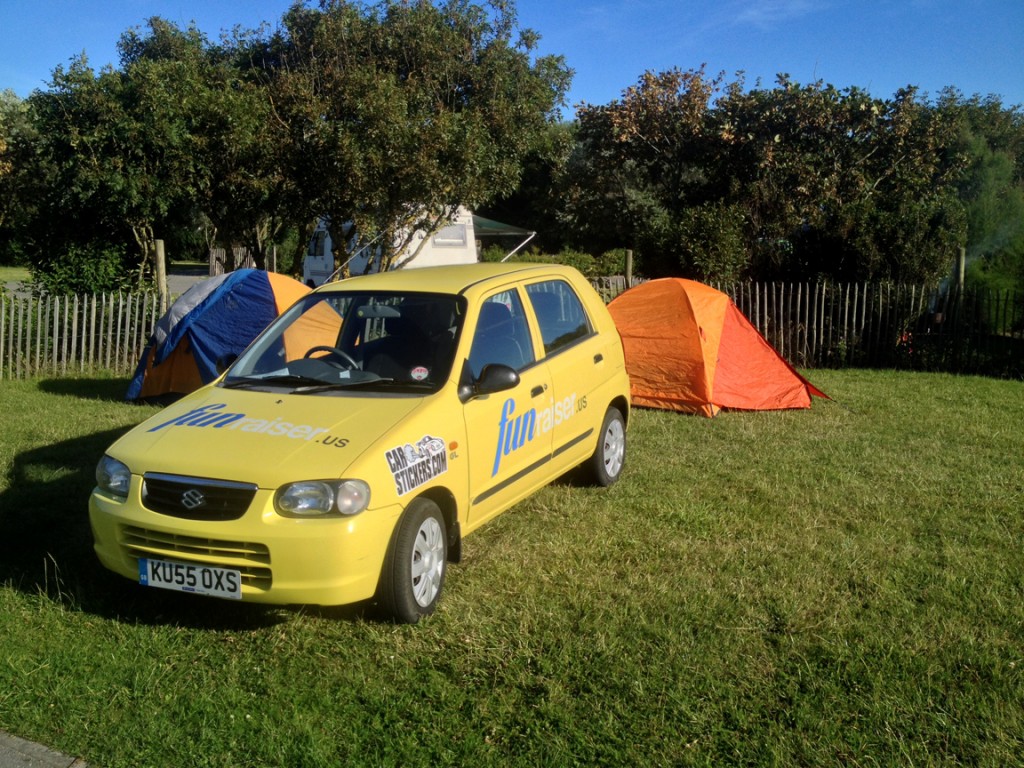