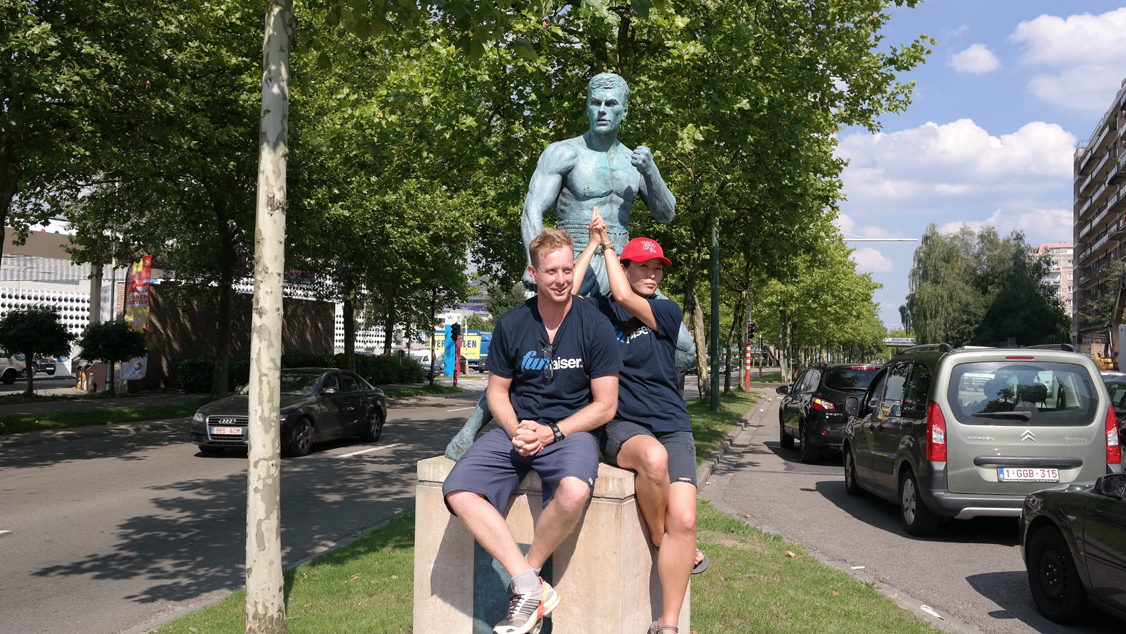 From Calais to Brussels

The Calais campsite was quite nice. It was so close to the beach. In the morning a cute baguette van came to the site. We bought some delicious fresh baguette. Felt so French this morning!

Decamped, checked out, then we looked for internet connection to update our FUNraiser project. We asked around even the tourist info center didn’t have any idea. Young did a research and she suggested that we went to McDonald’s for their free wi-fi.

They opened at 10am and we were their first customers. Time past fast, we had so much things to update and ended up we stayed there for 3 hours!

Next we hit the road and went to Brussels.

We located the Jean Claude Van Damme stature for Young to “DongChim”. The statue is located next to a mall at a weird interaction with traffics exiting the freeway. Young was all pumped up. It was our first mission we were all so excited about it.

“DongChim” 똥침 is a Korean prank performed by clasping the hands together in the shape of an imaginary gun and attempting to insert the extended index fingers sharply into an unsuspecting victim’s anus, often while exclaiming “Dong CHIM!”. The act is also know as “Kancho” in Japanese.

For every $5 raised we would “Dongchim” the statue one time. We raised $45 for this mission so Young had to poke JCVD in the butt for 9 times.

THANK YOU FOR ALL OF YOUR DONATIONS!!! The kids in Peruvian rainforest will be smiling when they climb that big tree that is supposed to be logged.

Next we went into the mall and tried to find a bathroom (cost 40 cents Euro to use a public bathroom) and decided where we were going to camp next. Fortunately at the mall there was free Wi-Fi so we all whipped out our phone and start searching.

We decided on visiting a Trappist Monk Monastery and sampled some authentic Trappist Ale. After some research we found a Trappist Abbey in Rochefort, and yes it was on the way to Viaden, Luxembourg! Let’s go!

While heading towards Rochefort we got a name for our awesome car- “Takhi Butter”. “Takhi” is considered the only remaining truly wild horse in the world. It is a rare and endangered subspecies of wild horse (Equus ferus) native to the steppes of Central Asia. “Takhi” also means “Spirit” in Mongolian.

Graham came up with Butter for how smooth the car is. We are very sure that Takhi Butter will give us amazing spirits, a super smooth ride and roam freely in the Eurasian Steppes.

The Belgium countryside was absolutely beautiful and we passed by so many small little villages that had absolutely nobody. Where were everyone? All the houses were so well kept and pristine. We ended up in a campsite in Durnal call Le Pommier Rustique. We paid 30 Euros for the pitch. 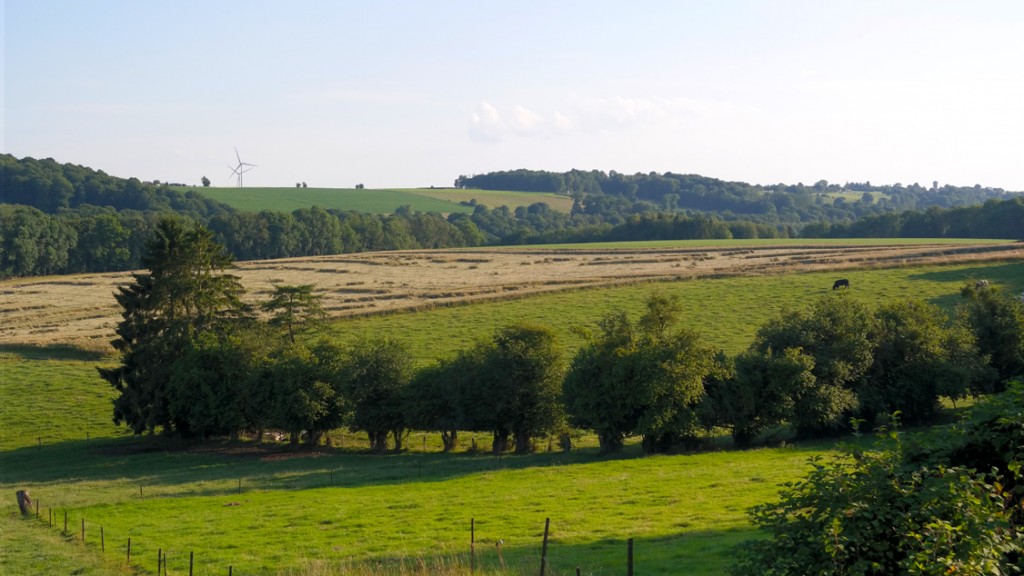 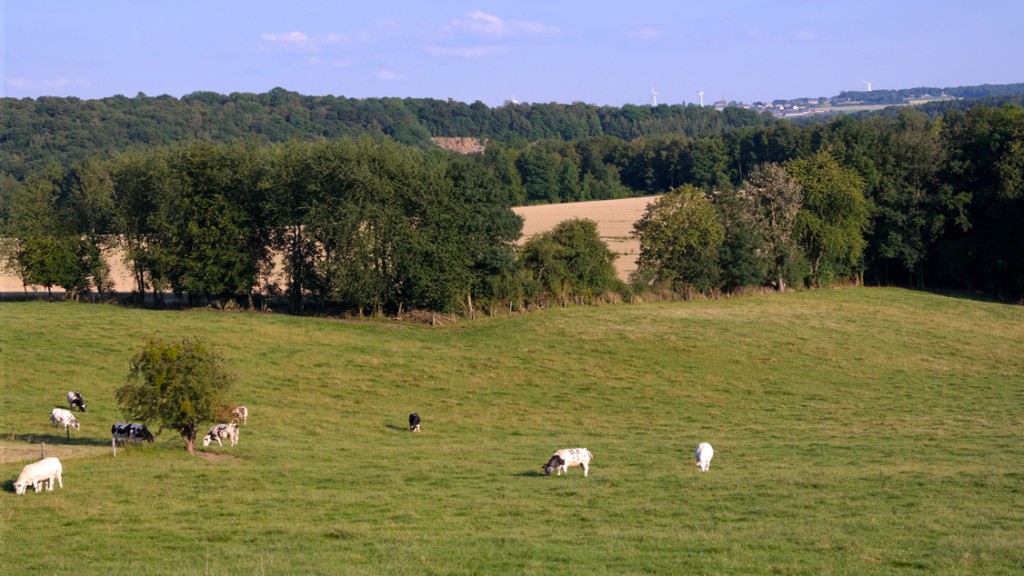 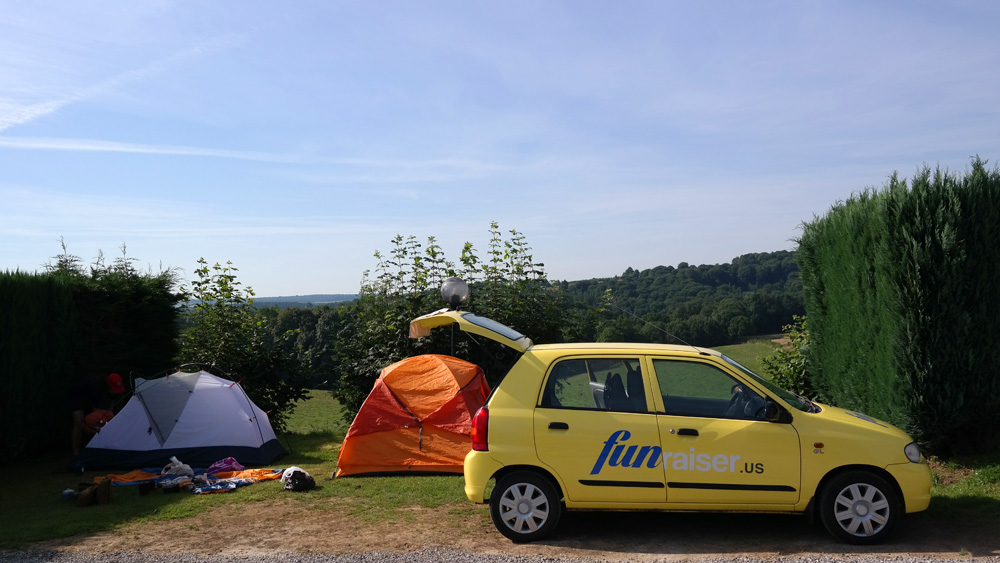 Again, very nice campsite our pitch was on a ledge so we got a nice partial view of the cow pasture across from us. We were very hungry and we only had canned baked beans in our “pantry”.

The campsite sells hamburger, “Crumpy” chicken croqurtte and Brocette de Viande (Kabab). The kabab is the way to go. 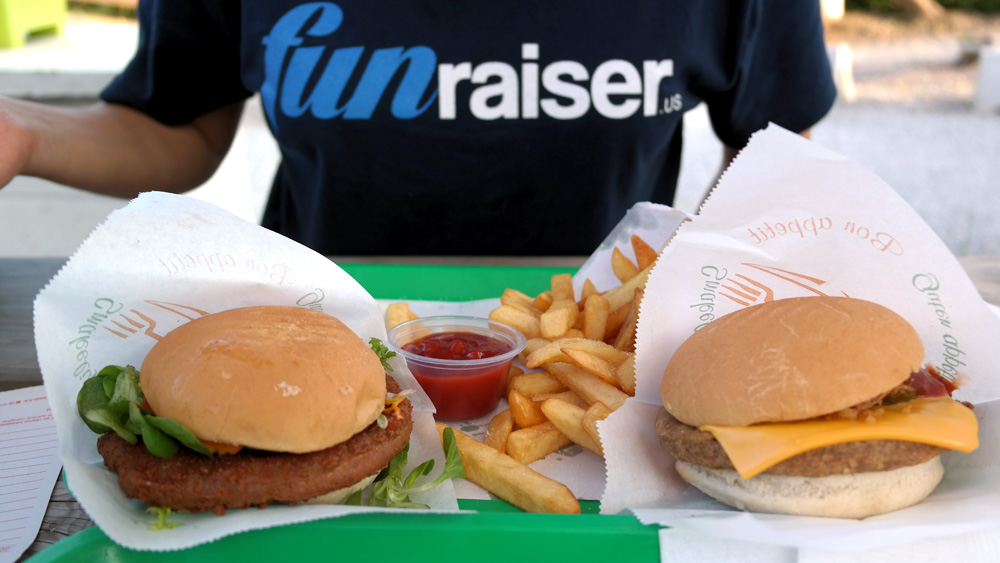 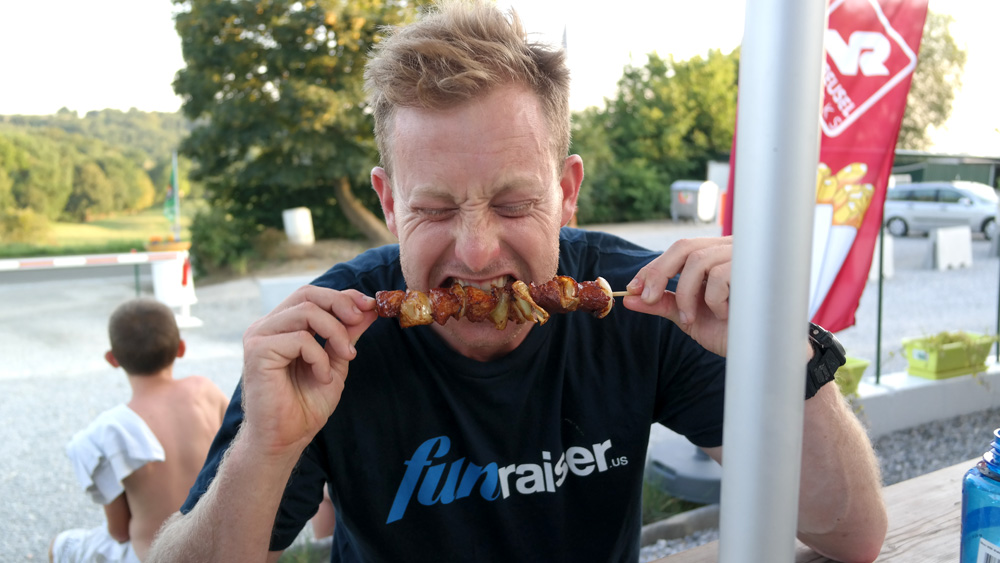 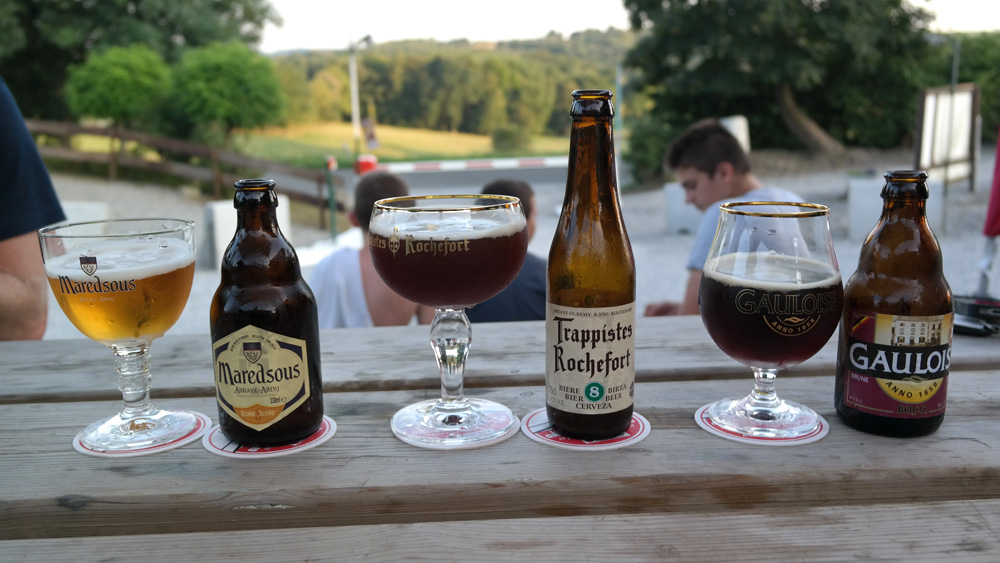 Belgium is known for their beer. We started sampling a variety of local beer- Maresouds, Rochefort, Gaulois, and Le Cuvee.

While we were hanging out we met this awesome dude name Yung. He just biked 200km from his home town in Northern Belgium, en route to sothern France. Super friendly dude, especially to Graham! I guess Blondes does have more fun hahaha! 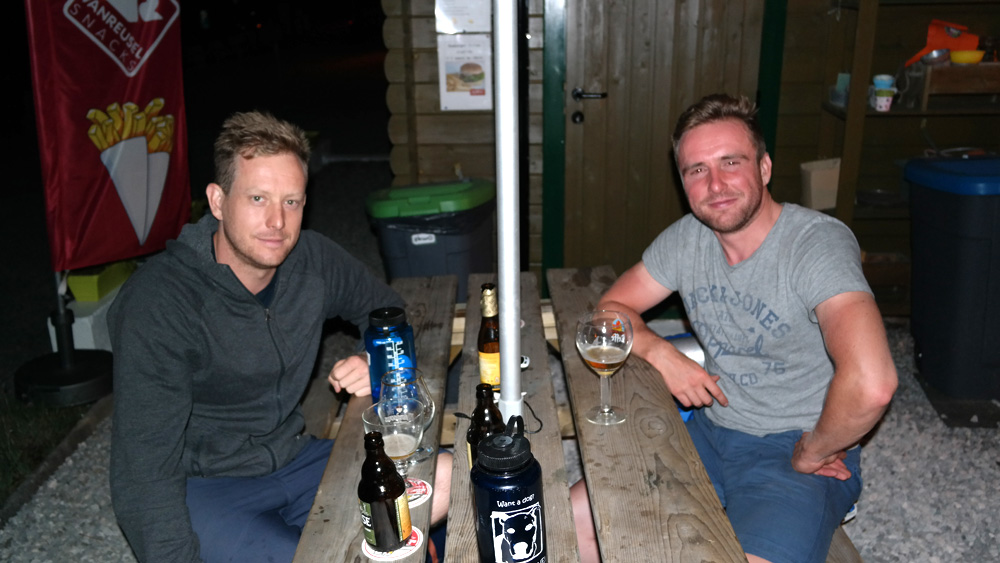 We had fun time hanging out. And he was very generous he bought us a round of Duvel- his favorite Belgium beer. From him we learned 4 things:

With great company time past fast. Young felt bad that the people who works at the bar had to be there for us as well, so we bought them a around of drinks as well. We hung out till midnight. We all carried a smile when we went to bed, because Belgians are very sincere and nice people.