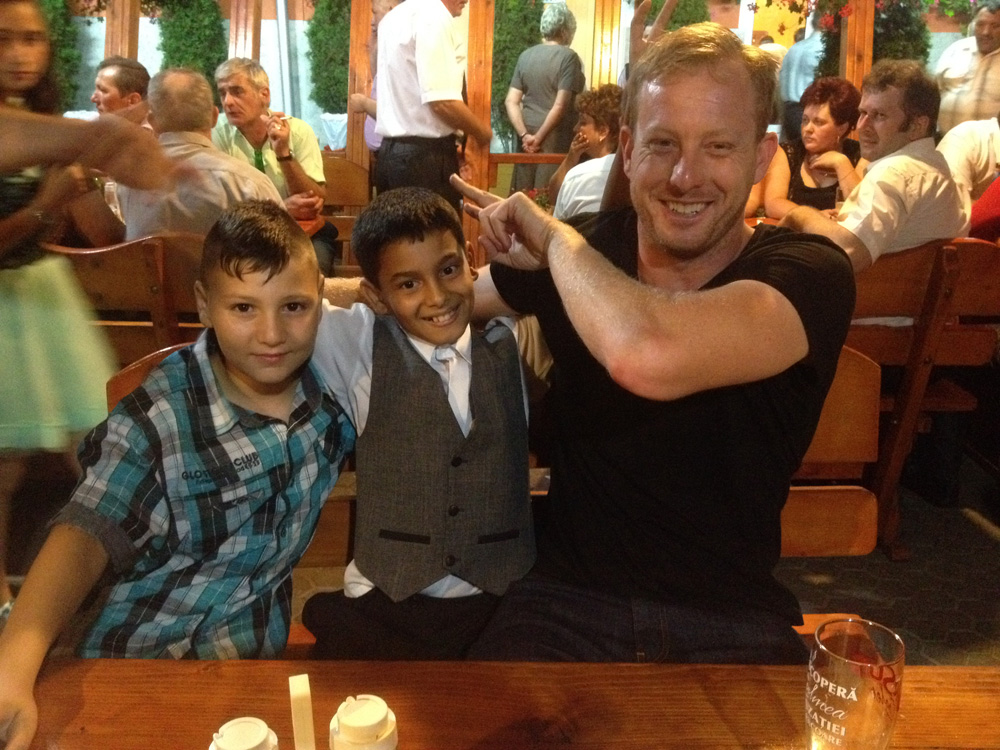 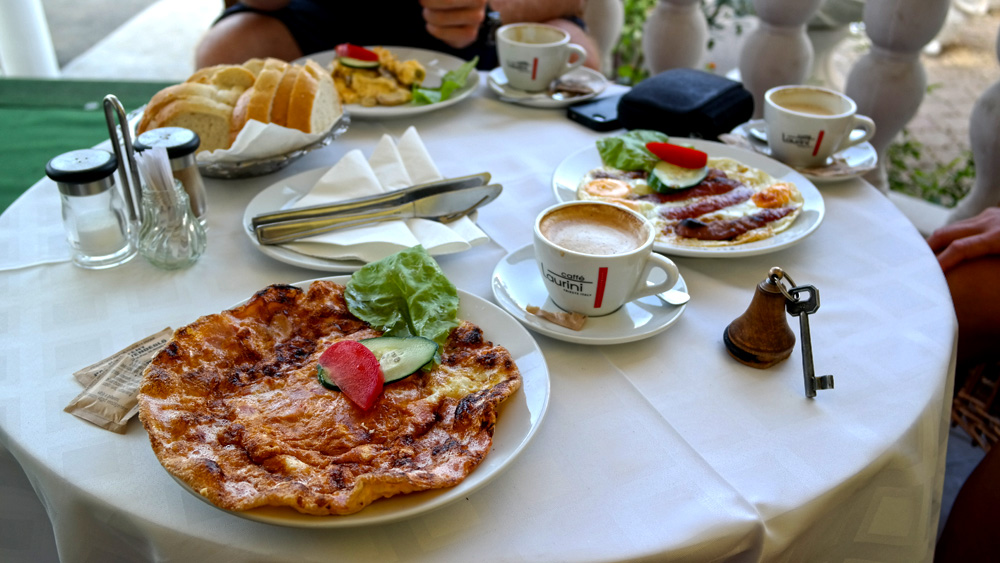 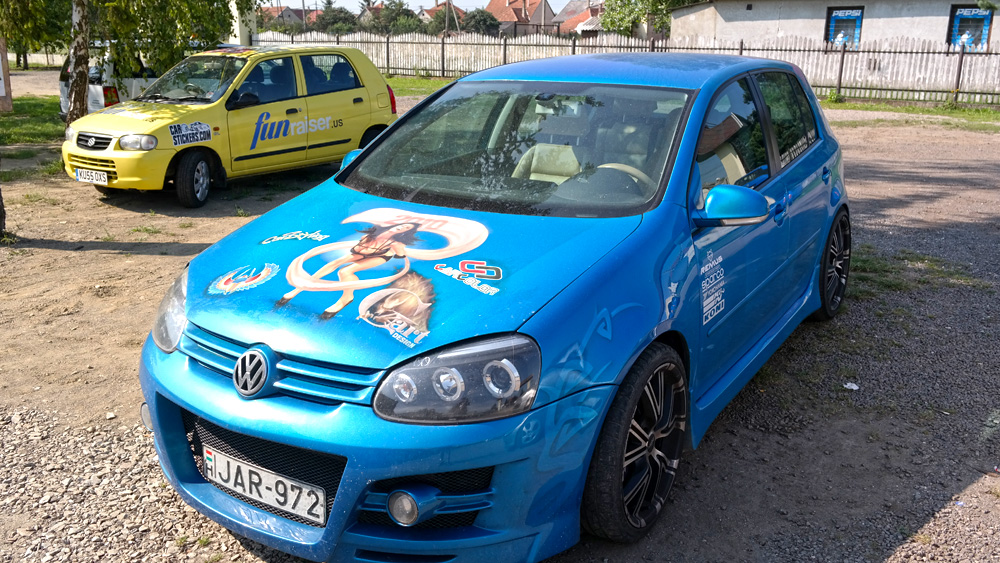 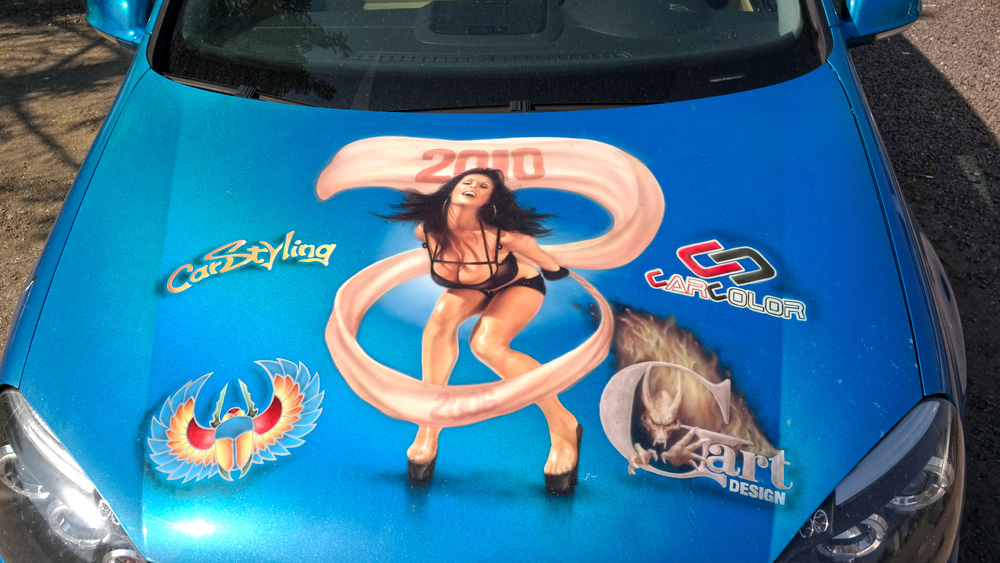 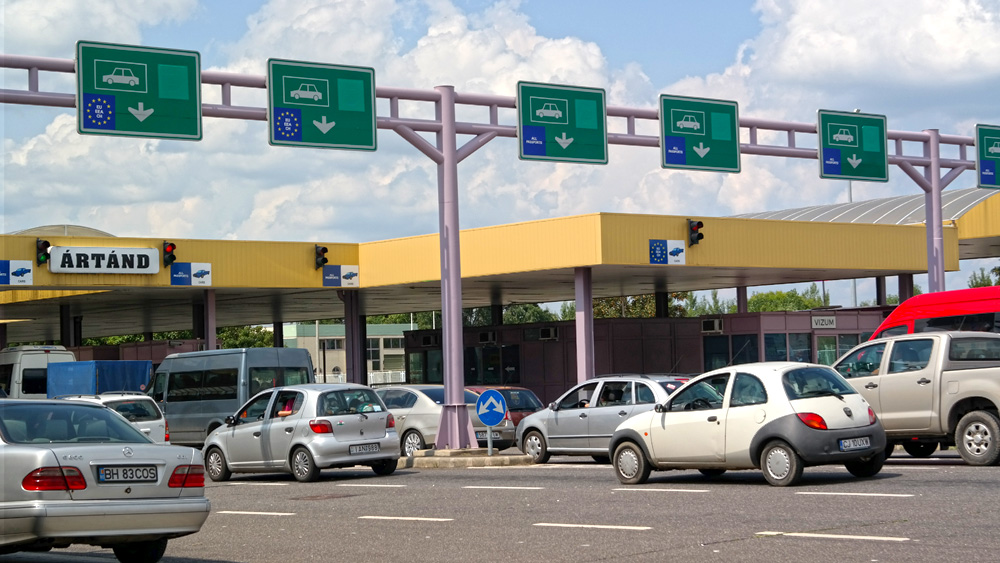 After an Al Fresco breakfast we head toward Romania. The goal is to reach Sibiu. It is a long day of driving. The road has been smooth until we see a long line of trucks waiting to cross the border to Romania. We saw the most beautiful model-looking border patrol female officier we have ever encounterd. No question asked ;-) 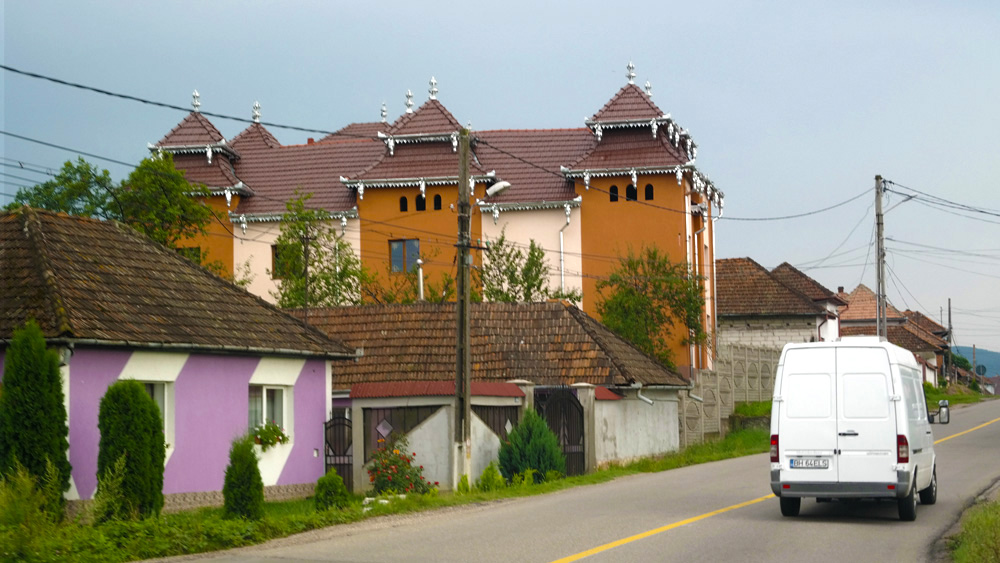 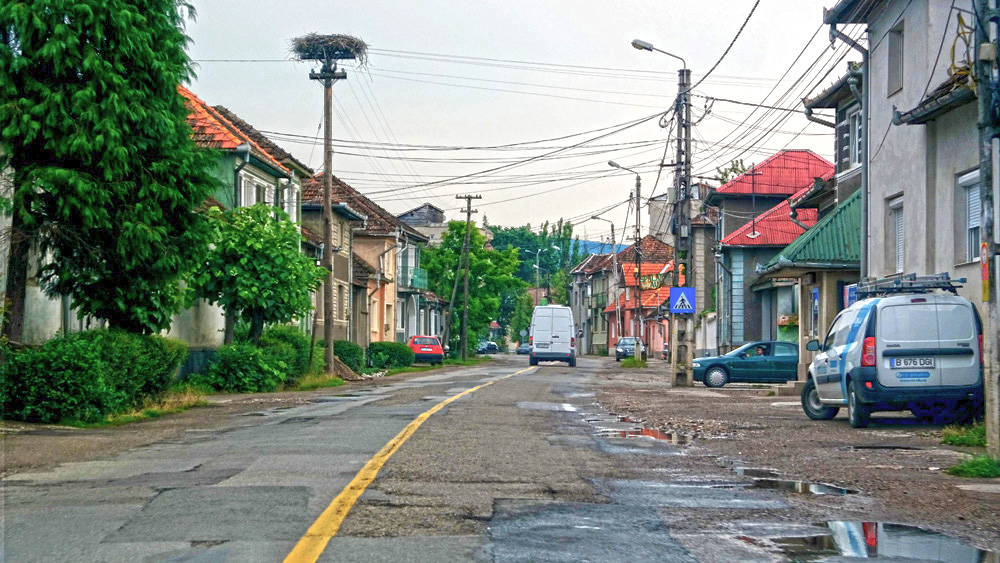 We passed by the border town Oreida and instantly reminds us of South America. Smells of trash burning and factory smog fill the air. We pasted by some According to the map DN76 will take us to Sibiu. Once we took the road we realize the government is doing major repair works. An original 3 hrs hilly road turns into a long 5 hrs bumpy ride dodging potholes. It is a real test for our sump guard, and it feels like finally the adventure begins. And we are glad that the government is fixing the road so that the rural area can have more accessibility. 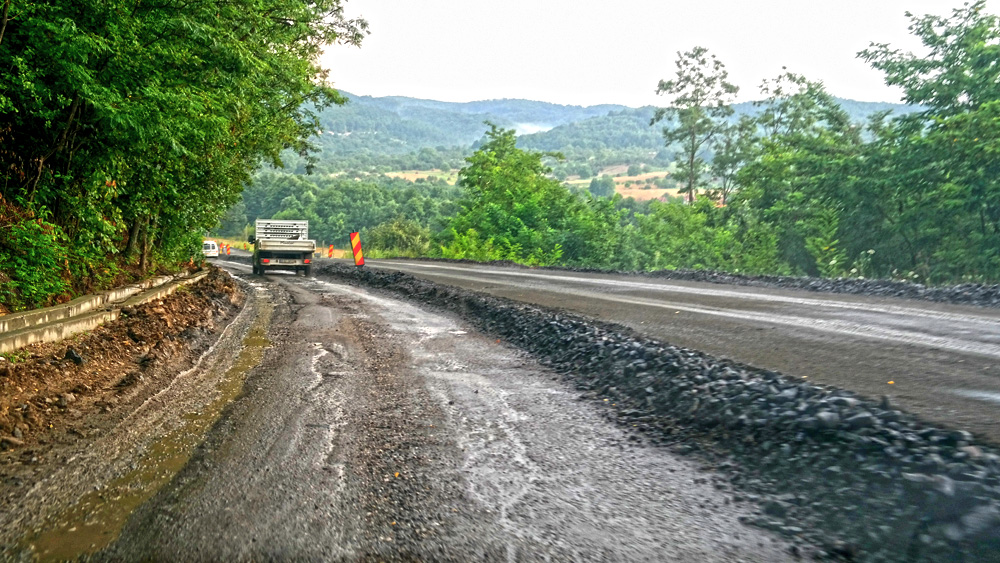 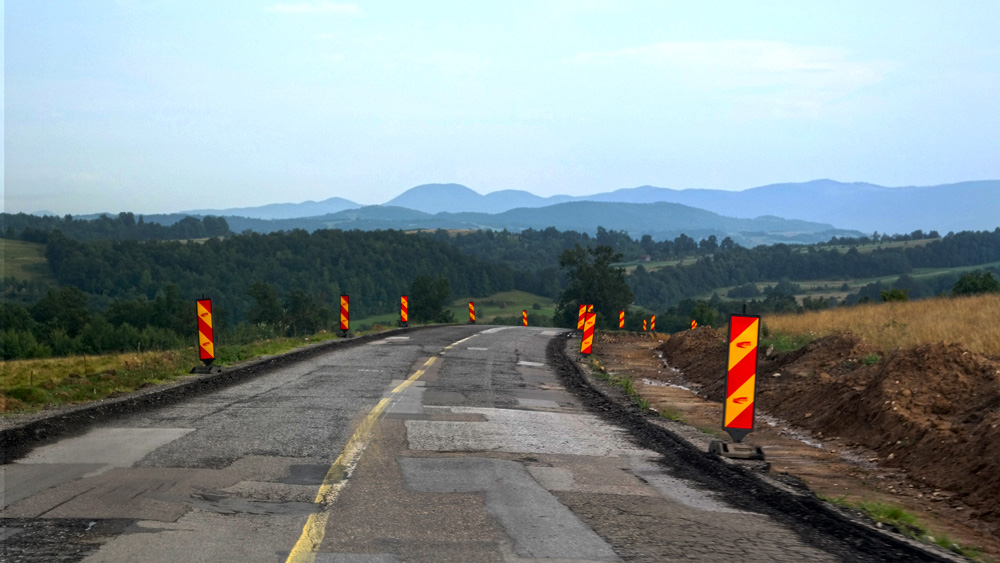 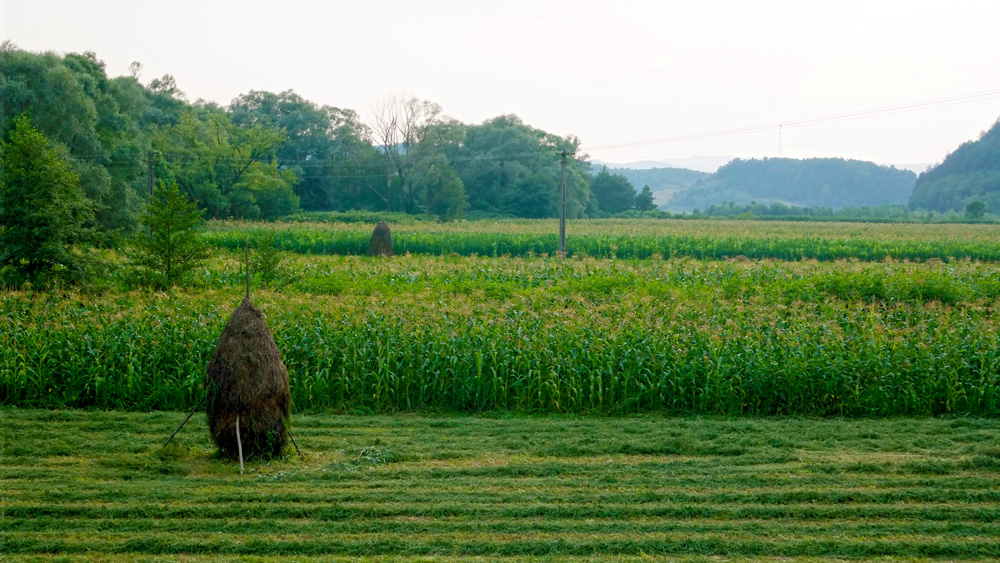 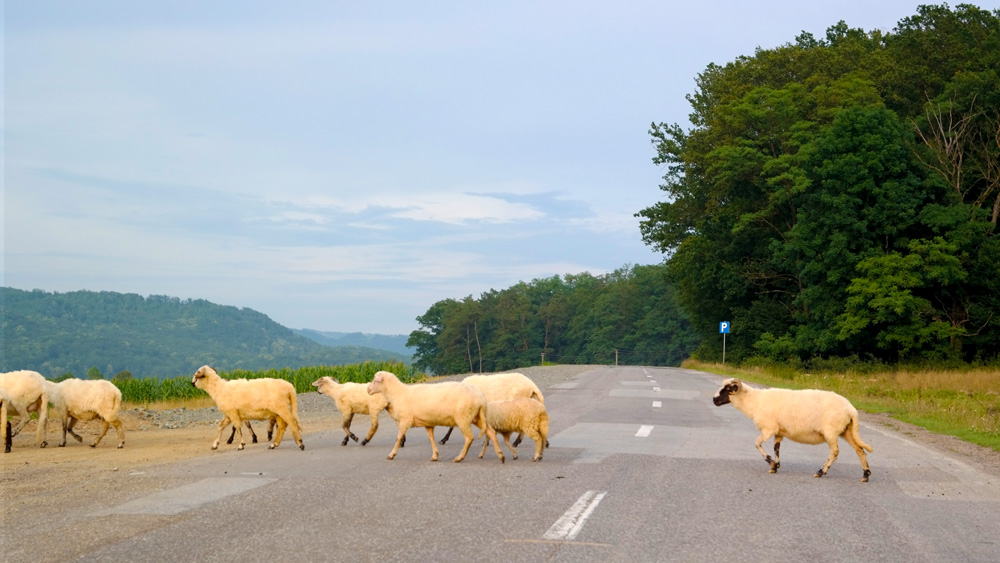 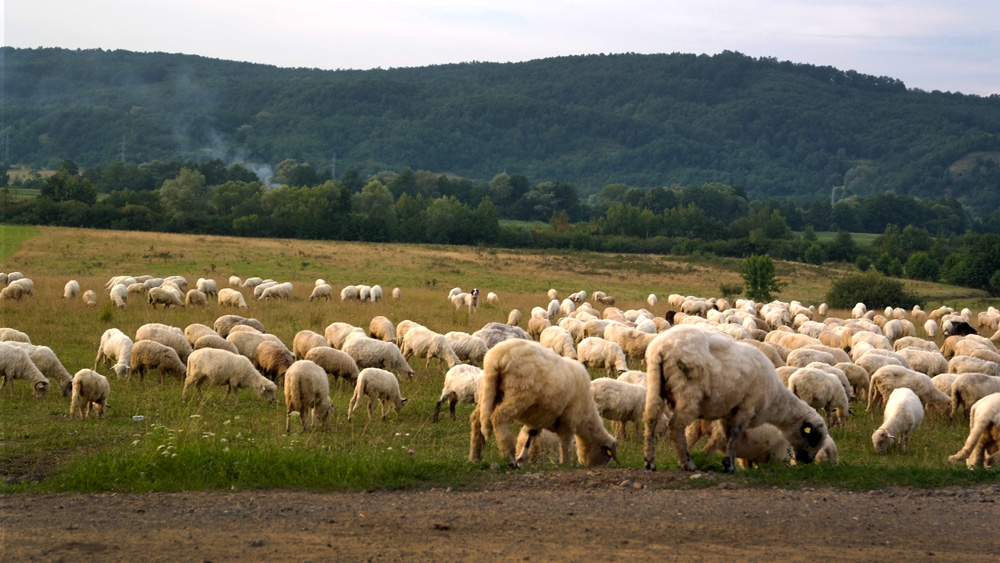 While driving we sat a fat dude peeing towards the road while talking on his phone like nothing is happening. We also saw some young kid goat herders.

Along the road we saw numerous cars with ribbons on them, July 26th 2014 must be the best day to get married in Romania. While we are filling the gas we encountered one. It was great to witness a traditional Romanian wedding, which included smashing a box and breaking glass on floor and walked over them. 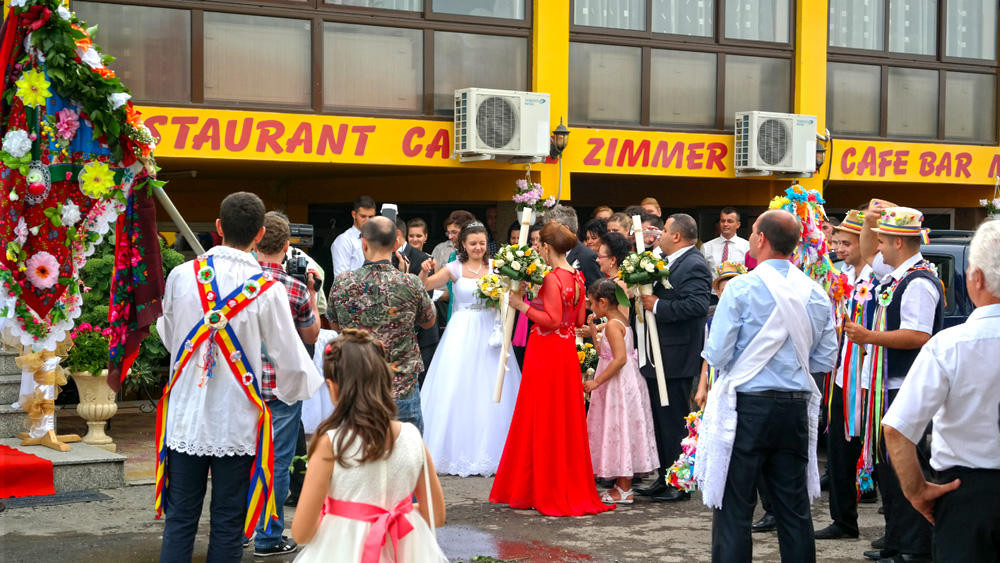 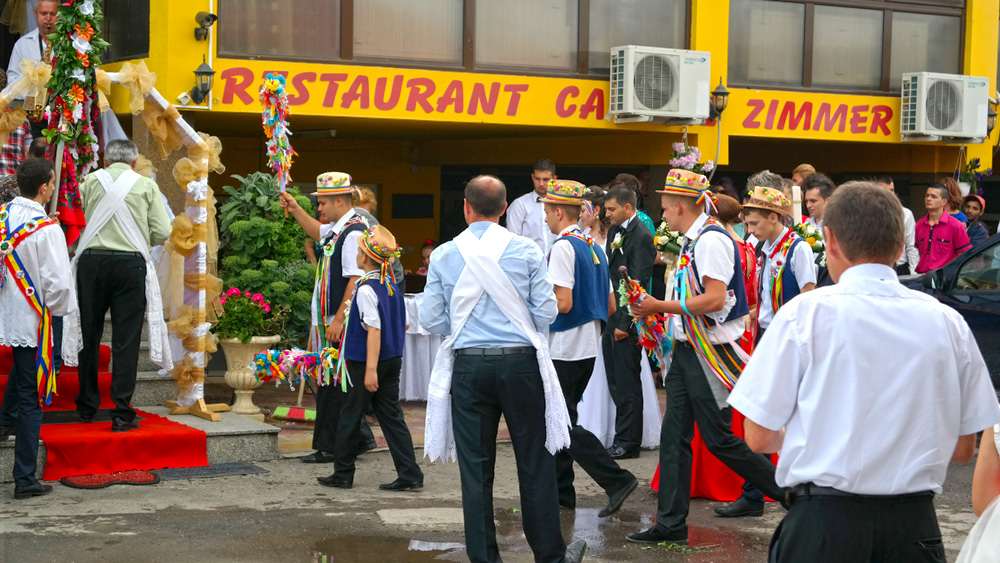 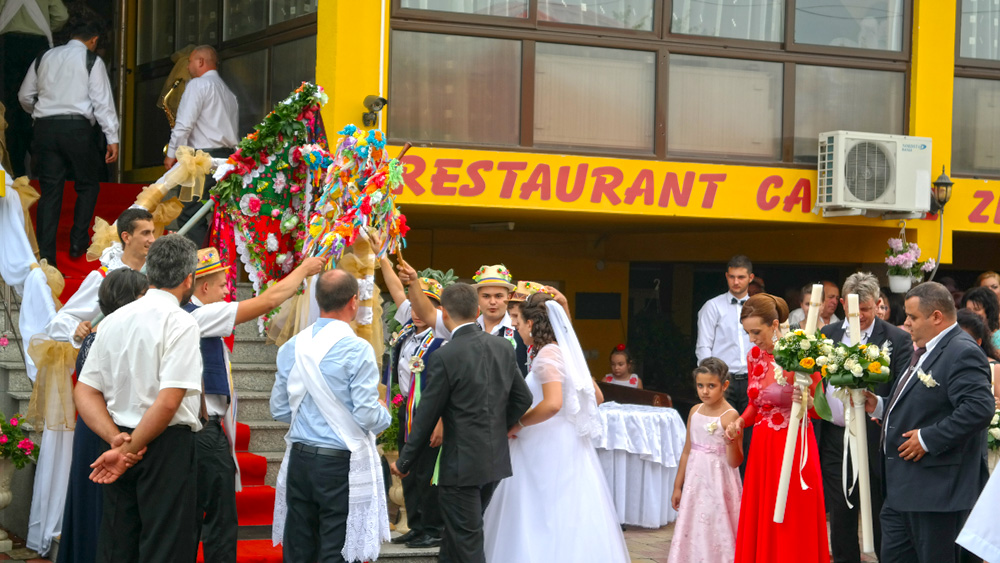 Our rules is don’t drive at night unless its completely necessary. When we arrived at a small city called Brad, we started looking for Pensiunea. The first one we saw is Pensiunea Ana Maria and we go int and ask, 120 LEU (around $36 USD) got us a beautiful brand new master room on top. 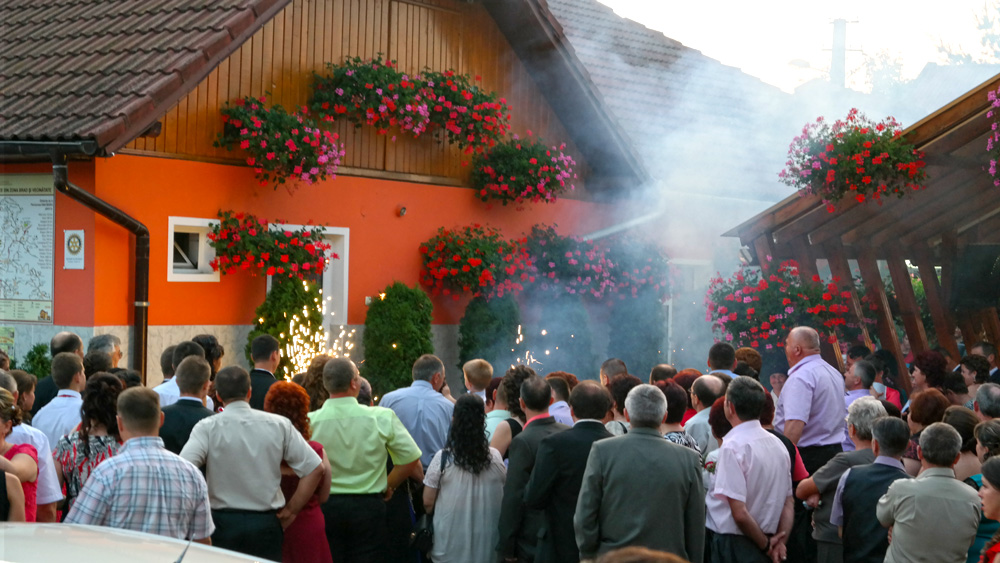 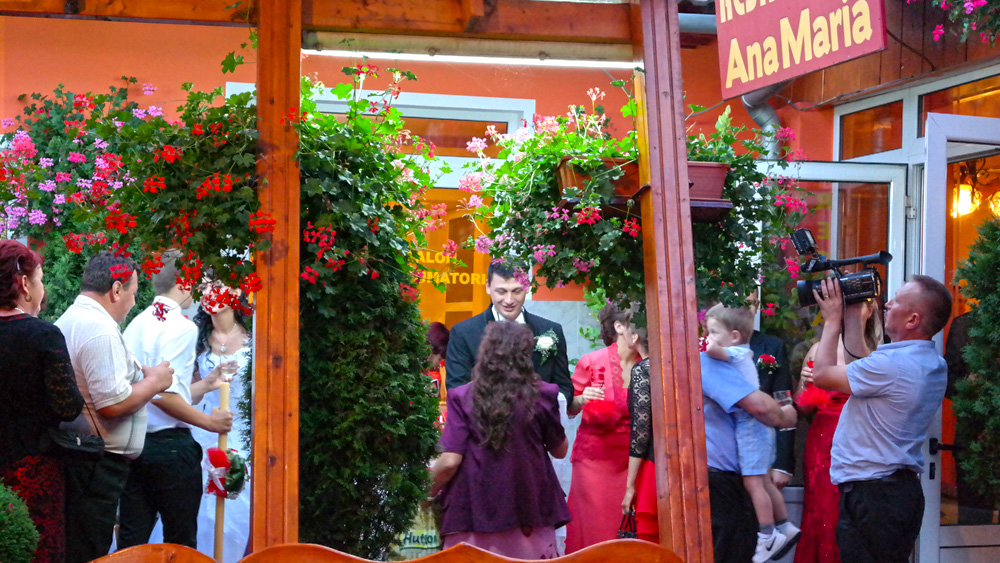 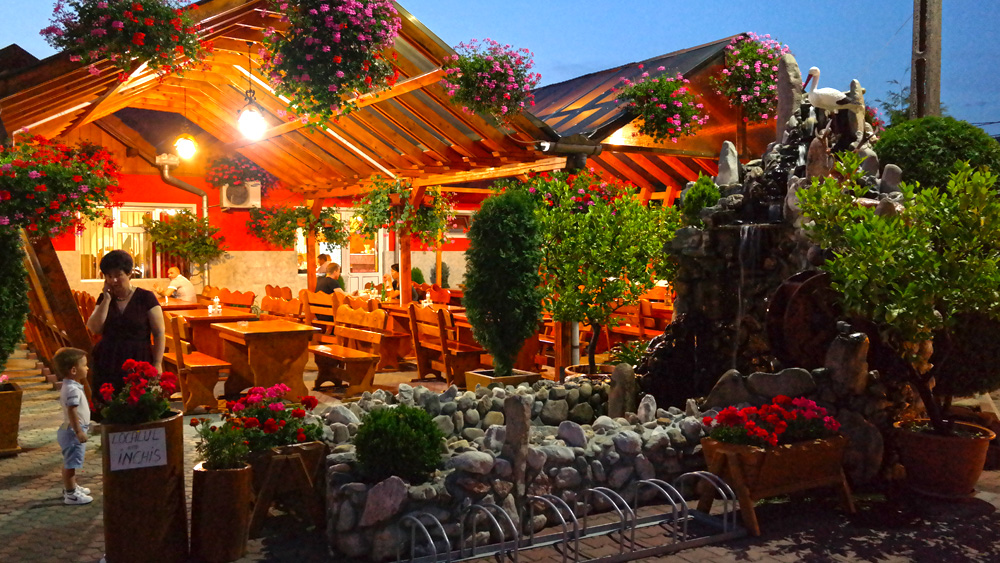 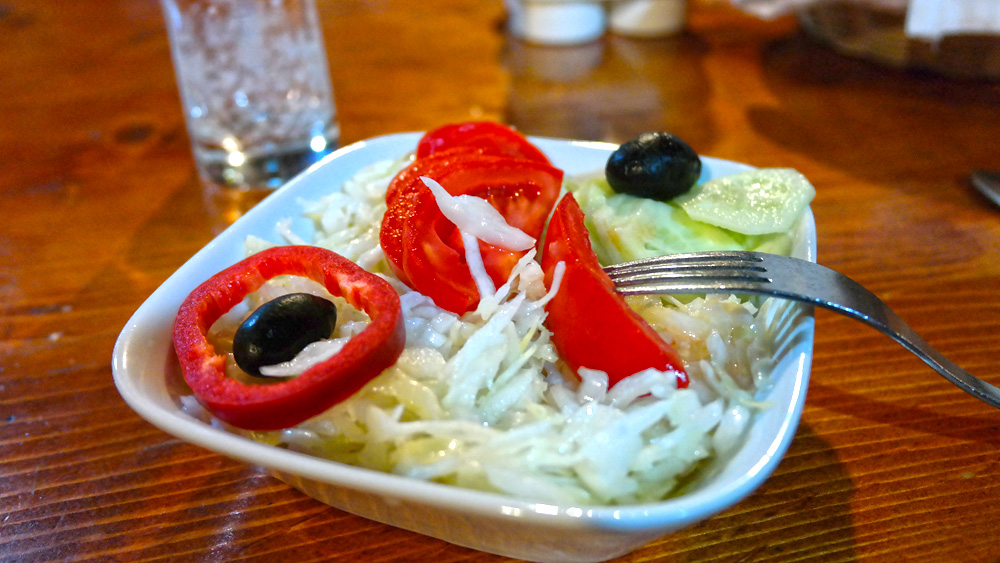 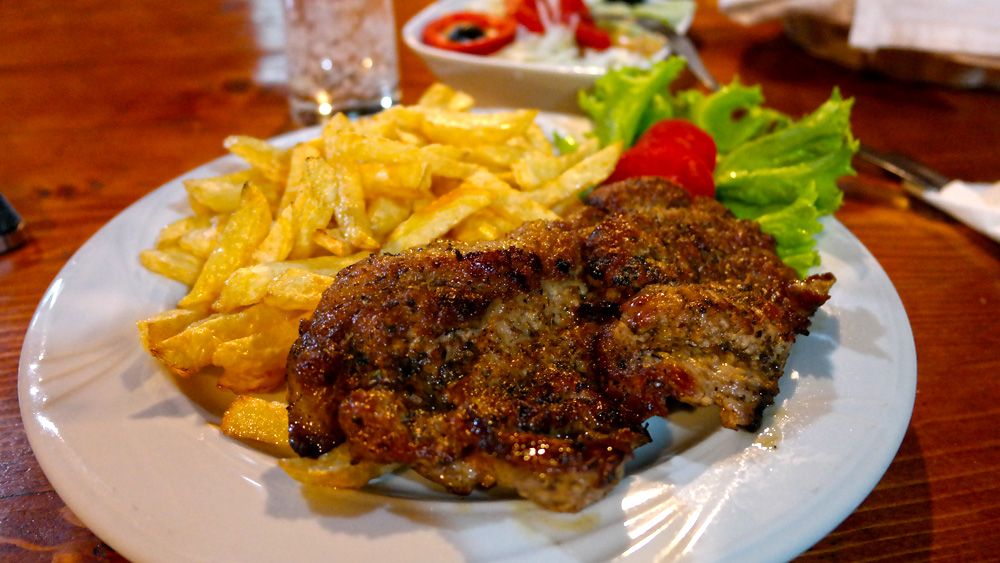 Romanians are very friendly and sincere folks we accidentally crash a wedding party while staying at Pensiunea Ana Maria. The receptionist Corina says we can ordered food from the restaurant while they are having the wedding so we politely wait until all the wedding guests got inside the restaurant. We sat outside, and obviously we are sort of in the way for the waitstaff. We ordered whatever are easy for her.

We met two very handsome kids Alex and Chipley (hope I spell it right ;-). They are curious on what we have on our phones. We starts making faces using FatBooth and other apps, ends up using my camera to film them being Chinese Kung Fu master ;-) They are so cute and brave. When they got their hands on my camera they starts directing us saying “cut” and “action”. I won’t be surprise if they become the most prominent directors and actors in Romania when they grown up. We had tons of fun with them! Check out the video below ;-) 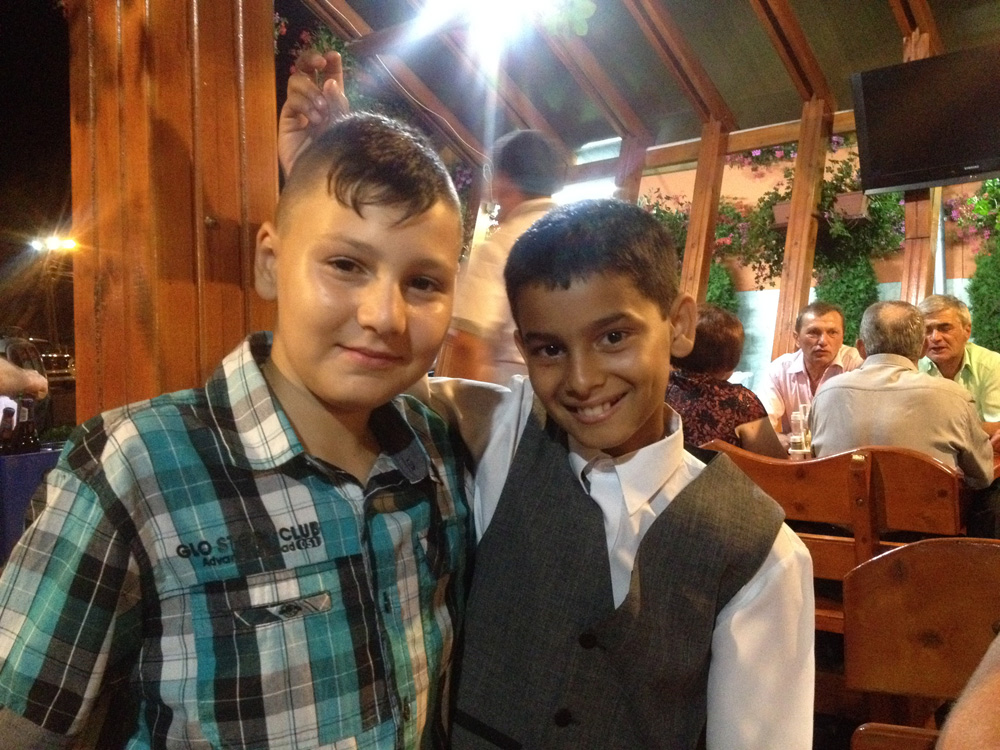 We love the Traditional Romanian wedding music, so fantastic and Romanians like to dance in circle and spin around. It was such a great night we got to experience a local Romanians wedding. And the party last until 6am, with the beautiful music being the soundtrack for our dream.